Thanks to FEE, I started working for liberty in Honduras

It was around mid-2011, during my first year of law school, that I first started learning about the ideas that could change decades of poverty and corruption in Honduras.

Disenchanted with my country’s laws and the sort of legal doctrine that was being taught at Honduran universities, I almost quit law school. It differed so much from the “checks and balances” and limitation-of-power approach of the US Constitution, and respect for the rule of law seemed absent.

Further, our economic crisis had been the product of the influence of the Bolivarian Revolution in Honduran politics. But the subsequent overthrow of the socialist government had been an opportunity in hardship. These events got me deeply interested in economic science. 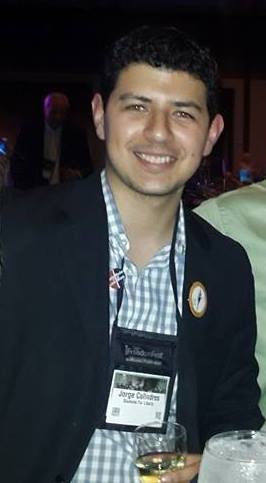 I ended up reading tons of content from the Foundation for Economic Education and like-minded think tanks.

During that same year, the Honduran government enacted what many believe to be the most innovative free-market reform in the hemisphere, a unique kind of special development region originally known as charter cities and now called zones for employment and development of the economy (ZEDEs).

These regions would allow their inhabitants to enact new laws or import existing legal systems and traditions (such as the common law) from abroad, opening the possibility for more economic freedom and rule of law than ever before. This reform was what motivated me to stay in law school.

To my excitement, The Freeman was one of the first publications to cover these events in Honduras. And it was there in the comments section of one of Professor Tom Bell’s articles that I met my current partners.

For more than a year, I did not know a single libertarian other than myself, but one of the comments said, “Living in Honduras and being a libertarian, I was very excited when the Free Cities project was launched.” Shocked, I replied immediately, giving the commentator my email address. I imagined I was speaking with another student who had found the ideas of liberty through the Internet, as I had.

I received an email from Massimo Mazzone, who turned out to be a prominent businessman from Tegucigalpa, the capital city of Honduras. He introduced me to Guillermo Peña, a local entrepreneur who had worked with several liberty-oriented think tanks in the United States and Europe and who had been personally involved in developing the Free Cities project.

Massimo told me he was interested in starting a think tank to educate Hondurans one by one on the principles of a free society, because he believed that would be the only way to ensure the sustainability of a project like Free Cities.

In less than a week, I quit my job as a call center agent and met with Massimo, Guillermo, and other friends to start Fundación Eléutera, the first free-market think tank in Honduras.

Since we started operations in September 2013 with only Guillermo and me as staffers, we’ve come a long way. With Massimo’s help, we’ve started what could be called the first libertarian movement in Honduras. Hundreds of people now know about the principles of libertarianism, which a couple of years ago were almost entirely unknown. We expect growth in that knowledge to be exponential.

Several students have interned with us. We have sent around 30 students abroad to learn more about freedom at seminars from partner think tanks, such as FEE’s summer seminars. And we’re getting around three media mentions per month. We set up a Students for Liberty group, which is now having a heavy impact in local universities and is present in the two major cities of Honduras.

Eléutera has become a point of reference for anyone interested in investing within a ZEDE regime who needs credible, firsthand information from a nonpoliticized academic institution. We’ve had an impact on labor-legislation reform and in having congress approve an education reform that we drafted with the help of Professor James Tooley, which allows for nongovernment-curriculum homeschooling.

Through the years, FEE has done an outstanding job of educating leaders who would carry the torch of liberty all around the globe. The libertarian movement in Honduras gets stronger every day, and the influence think tanks have in bringing change to our societies cannot be denied.

Jorge Colindres is legal analyst for Fundación Eléutera, a free-market think tank based in San Pedro Sula, Honduras, and a Students for Liberty local coordinator.