Is This Deregulation or Blackmail?

There is a tendency of politics to corrupt every good term. 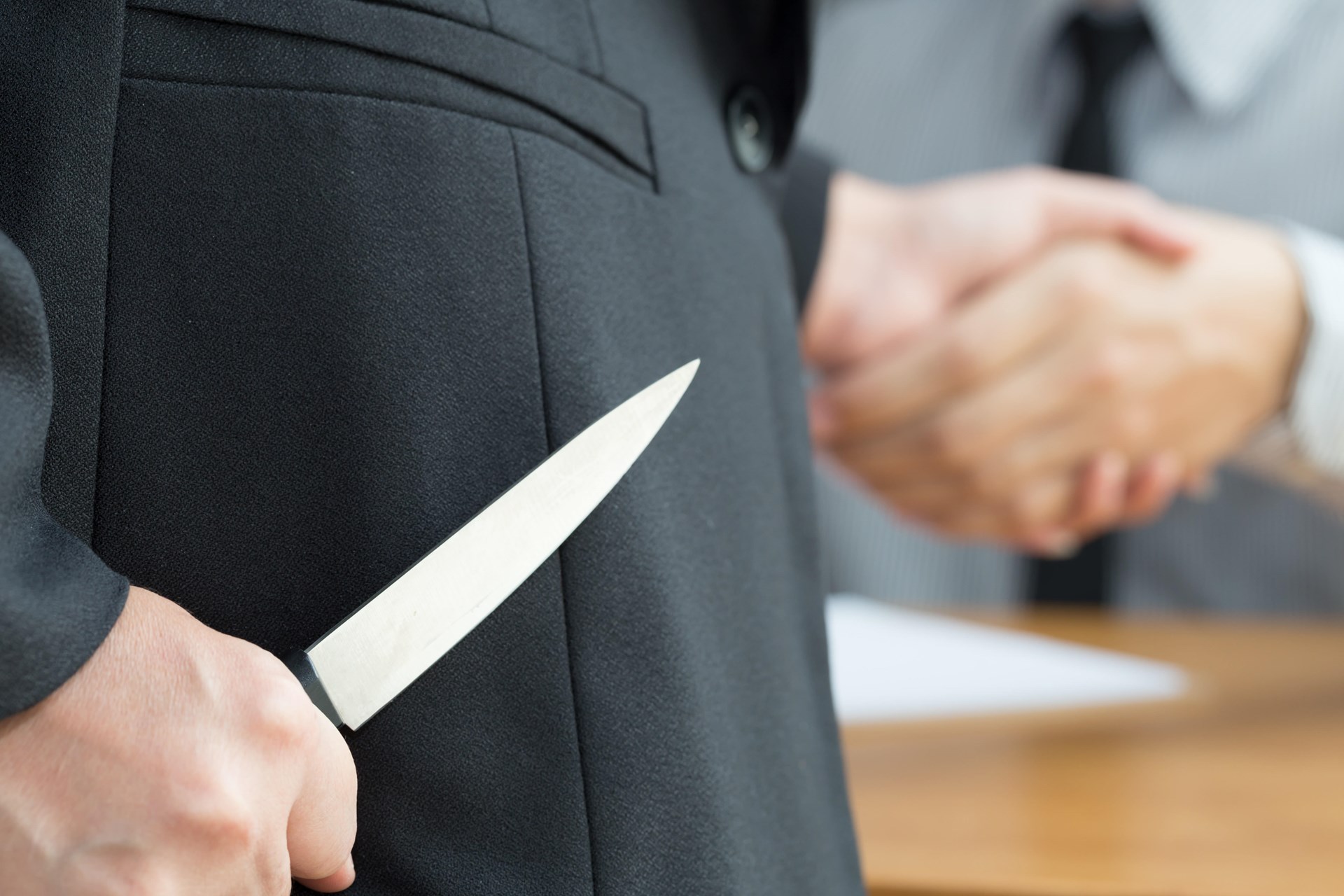 Trump’s statement that, “I think we can cut regulation by 75%, maybe more” is hugely welcome. Plus, the Trump administration issued an executive order proclaiming: “whenever an executive department or agency (agency) publicly proposes for notice and comment or otherwise promulgates a new regulation, it shall identify at least two existing regulations to be repealed.”

That looks pretty good on paper, though any clever deep-state dweller could easily find a rhetorical workaround.

What kind of regulation does the Trump administration favor?But think about it. If an executive order really has the power to perform statutory miracles, why leave the door open for any new regulations? Just urge the repeal of regulations, period. Goodness knows we need it. Everything and everybody suffers from the preposterous overregulation of every aspect of life.

And here’s where matters become worrisome. What kind of regulation does the Trump administration favor? Consider the inaugural address principle: “Buy American, Hire American.” Consistently applied, this would be the most far-reaching regulation ever promulgated, especially in times when no product or service is untouched by the global division of labor.

And it’s not only about geography and jurisdiction. Other public statements suggest that this administration believes it knows what kind of production this country needs to build prosperity. In Trump’s view, we need old-fashioned manufacturing.

Consider his direct intervention in business management decisions, with flurries of Tweets phrased as either carrots or sticks given out to the extent that business complies with his personal views on what they should do. No, these do not have the force of law but they can and have rocked the stock market.

On January 4, Trump tweeted to Toyota regarding a plan to build a plant in Mexico: ““NO WAY!” he said. “Build plant in U.S. or pay big border tax.” Toyota’s shares quickly fell 1%, dropping $2 billion from Toyota’s total market value.

As for his direct legal intervention, that too matters. His immigration ban swept up Google employees, lab technicians, and university employees, making it impossible for them to report to work. Businesses in the US have already started to adapt to the possibility that employees from abroad could be body bagged in an overnight presidential proclamation.

When he met with CEOs in January, he gave them a mandate, according to Dow Chemical CEO Andrew Liveris. He told them to come back in 30 days and explain to him how they plan to boost manufacturing – not marketing, not service jobs, no product quality, not technology; just making stuff. That’s how he is made happy. What’s more, that stuff must be made in the US, even if it currently makes no sense to do so.

Or else what? He has made himself very clear. His administration could slap on tariffs (taxes) between 20-35% on outsourcing when American businesspeople try to bring their own property back into the country. So, for example, if you are making ovens for commercial sale and you discover that you can get steel casings made far more cheaply by taking advantage of lower-priced steel in Mexico, you will be penalized for your decision.

This is the concern that drove the Carrier air conditioner deal that was made before Trump took office. The company was outsourcing to Mexico for reasons of labor costs, but also because of the price of steel. Daniel Pearson of Cato explains:

Steel import restrictions have made the United States a high-priced island in an ocean of low-priced steel. U.S. prices are high enough to give imported manufactured goods an advantage when competing in the U.S. market against domestic firms. How many of the 6.5 million workers employed by value-added manufacturers are vulnerable to import competition from foreign companies that have access to world-price steel? It’s not clear.  What is clear is that if only 2 percent of those workers (130,000 people) lose their jobs, more people would be unemployed due to steel import duties than are now employed in the entire U.S. steel mill workforce.

In effect, then, Trump and Pence were engaged in central planning that effectively blackmailed the company to pay more for resource inputs than the owner’s business acumen would suggest they should. As a reward for obeying government priorities, they were given tax breaks and regulatory relief.

This Is Not Deregulation

Telling businesspeople how they can and can’t use their own resources, presuming to know better than an owner how best to maximize profits, determining who can and can’t be hired, even telling entrepreneurs to put his view of “good of the country” ahead of their own judgements concerning the balance sheets of their own companies, is not deregulation. It is a form of regulation that presidents have rarely undertaken in the postwar period.

“When you have a company here,” says Trump, “you have a plant here.”

Real deregulation reduces the rules for everyone across the board and otherwise allows free enterprise be...free.As Geoff Colvin writes in Fortune: “No such rule exists anywhere in law or regulation—many U.S. companies quite legally outsource all their production—yet it’s now effectively a new regulation, a dictate from the president himself. Ironically, Trump even told the room that keeping operations and jobs in the U.S. was part of the price they must pay for less regulation.”

Real deregulation reduces the rules for everyone across the board and otherwise allows free enterprise be...free. This is what the rule of law looks like. It allows people to learn the rules, count on their stability, and just do business. Punitive reregulation, followed by gratuitous deregulation, based on the discretion of political managers, is not what freedom looks like.

What Trump is doing isn’t deregulation. It’s rule-of-man being substituted for rule-of-law. As onerous and excessive as existing regulations may be, at least they can be influenced through defined processes and, if necessary, litigated. Regulations that exist only as presidential comments cannot be.

Keep in mind that a major reason for outsourcing now is due to exactly the policies that Trump favors. It’s the sugar tariffs that drive up the price domestically in order to subsidize the corn industry. Makers of sweets like Nabisco and Mars have fled to Canada to get away from the effects of the protectionism that Trump himself favors – thus creating the opposite of the intended consequence.

There is a tendency of politics to corrupt every term.So it might be with Trump’s form of deregulation. If it is going to mean putting the president in charge of manufacturing priorities and resource procurement, and decisions over hiring, in exchange for which you are given some special privilege in the law, no one is made freer. This could introduce inefficiencies and irrational decision-making that will be radically incompatible with job-creating enterprise.

There is a tendency of politics to corrupt every term. Liberalism used to mean actual liberty. Privatization once meant selling off government enterprises, not contracting out to private providers. It’s true with deregulation too. It is supposed to mean removing the government boot from the throat of business, not the opportunity to bargain for breathing room.