The shocking way people in India are getting government handouts. 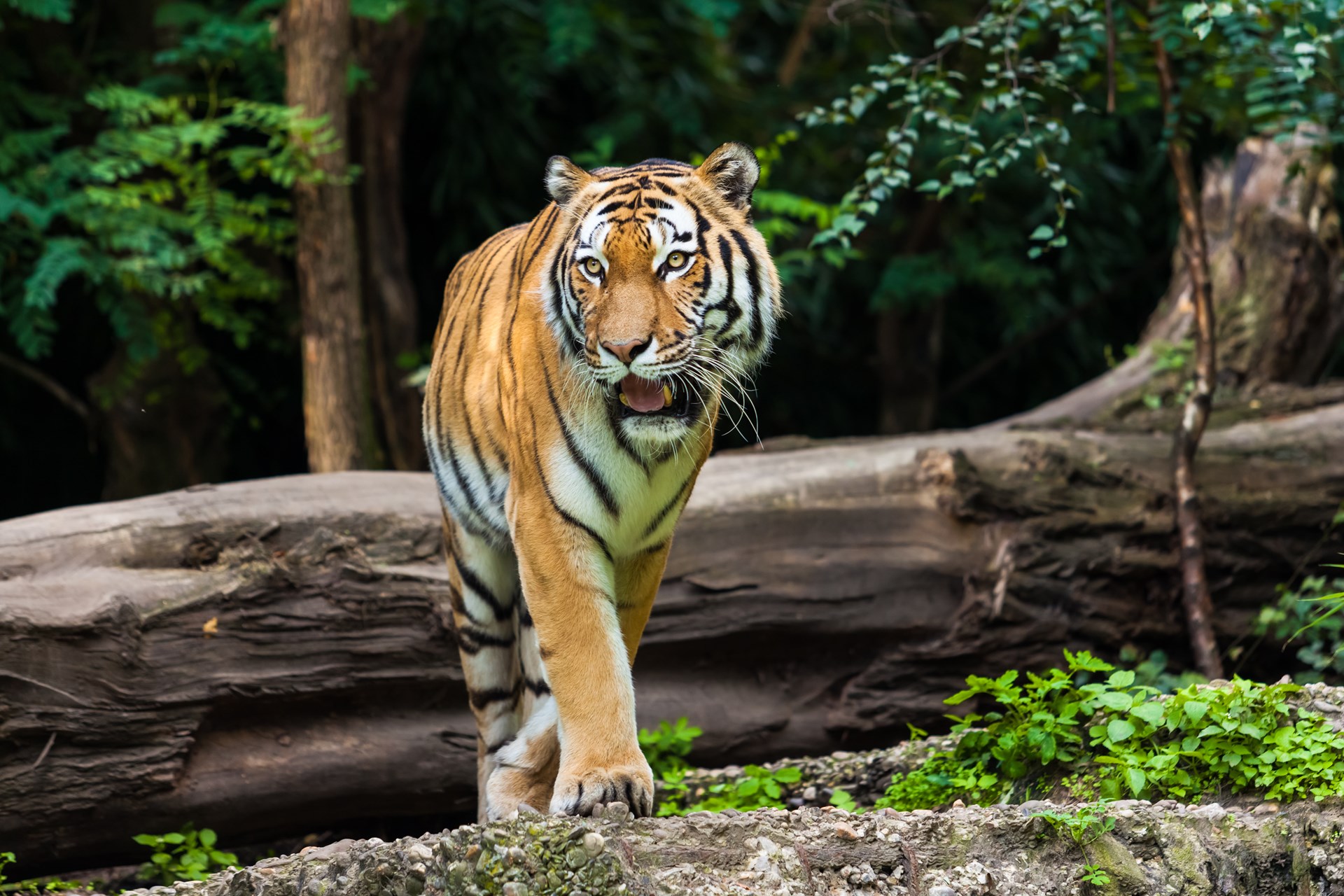 The welfare state is bad news for both taxpayers and recipients.

Pervasive handouts also are a mistake because they create incentives for very bad behavior.

And I’m not just talking about the incentive not to work. Welfare enables and encourages utterly horrifying examples of misbehavior.

But there’s a new example that probably would win the prize if there was a contest for the most sickening behavior enabled by governments giveaways.

People in India apparently are feeding their older relatives to tigers is order to get cash payments from the government.

I’m not joking. India Today has a story on the matter:

What if suddenly a lot of elderly folks start dying because of fatal tiger attacks? Either the tigers have targeted the old people especially or something is just not right.

…Authorities surmise that people are sending older members of the family into the tiger reserve for them to become a prey. Once killed, their bodies are relocated to fields, and staged as victims of a tiger attack, so that the respective family can claim lakhs in compensation from the government.

Here are some added details from the Times of India:

Authorities suspect local families are sending older members into the forest as tiger prey, and their bodies then relocated to fields, to feign attacks 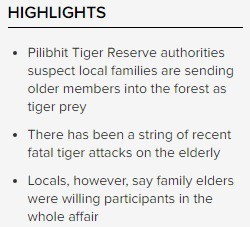 and claim lakhs in compensation from the government. Villagers aren’t entitled to compensation if their kin die in the reserve. There has been a string of recent fatal tiger attacks on the elderly, with seven deaths reported in the proximity of the Mala forest range alone since February 16. …Locals, however, say family elders were willing participants in the whole affair. “They think that since they can’t get resources from the forest, this is the only way their families can escape poverty,” farmer Jarnail Singh, 60, told TOI.

And the U.K.-based Daily Mail also has a report on this bizarre situation:

Elderly relatives are being sent into tiger reserves to be killed so that families can claim compensation in a horrifying new trend in India. Younger family members appear to be targeting Pilibhit Tiger Reserve in Uttar Prades

The welfare state is bad news for both taxpayers and recipients.

Pervasive handouts also are a mistake because they create incentives for very bad behavior.

And I’m not just talking about the incentive not to work. Welfare enables and encourages utterly horrifying examples of misbehavior... [such as] sending their elders into the forest to be mauled to death before dumping their bodies in nearby fields. Villagers are not entitled to claim compensation if they die in the reserve, but if they are killed in a tiger attack outside the reserve, they can cash in on government money. …The revelation that this is a deliberate ploy to cash in on compensation money was triggered by Kalim Athar of the Wildlife Crime Control Bureau (WCCB).

Wow. I’m almost at a loss for words.

Imagine the conversation around the dinner table. “Good news, Granny, we’ve arranged an overnight trip for you to the nature preserve.”

It’s even more chilling if the old people are actually willing participants. “Son, make sure to make the scene look realistic after you move my body out of the preserve.”

In some sense, this is actually a broader story about bigger issues such as the degree to which the burden of government is reduced to enable more economic growth in India, including in rural areas. Or the proper balance between environmental stewardship and the needs of the surrounding community.

But it’s hard to focus on those big-picture issues when old people are being sacrificed to tigers to get loot from the government. Somebody – either the families or the willing old people – deserves induction in the Moocher Hall of Fame.