Illinois Government Is a Dysfunctional Mess

One woman took a shot at fixing the system from the inside only to find that it's not fixable. 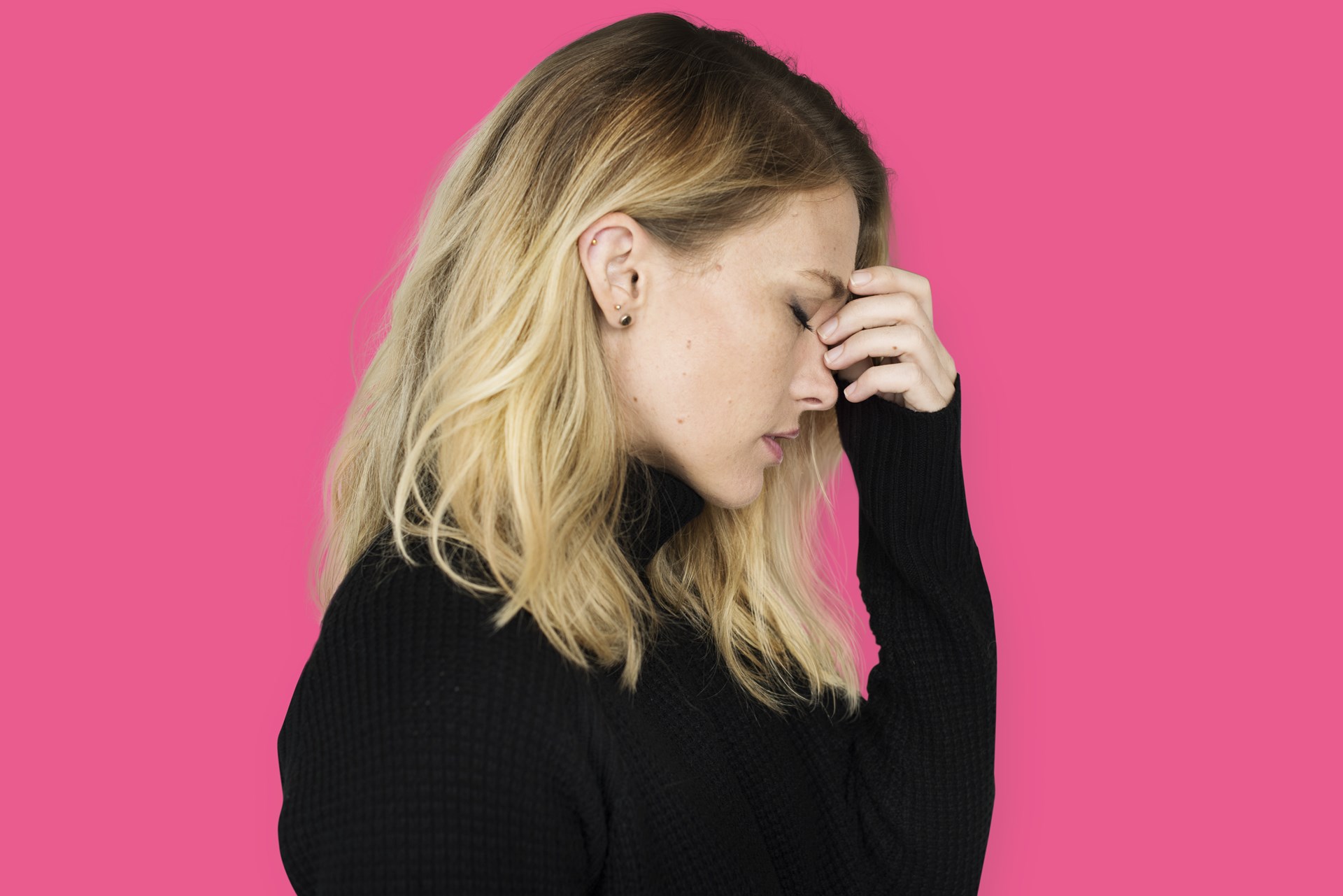 I walked into the Thompson Center on my first day, not knowing what to expect. In many ways, my new workplace was like any other large organization: big building, thousands of people and plenty of broken computers.

Except this building is dilapidated, many of the employees are political hires and the computers will never be repaired, ever.

And it’s all paid for by you, Illinois taxpayers.

“Welcome to state government,” said a new colleague, as we boarded the elevator for the 16th floor.

This summer I got to see how Illinois government works from the inside when I accepted a high-level position at the governor’s office.

A lot of people have asked why I took the role, considering I have spent the bulk of my career railing against the government.

It came down to this: If I declined the job, I’d watch Illinois’ problems go unfixed and wonder if I could have made a difference. Or, I could enter the nucleus of state government and attempt to change the system from within.

The experience was eye-opening, but after six weeks I decided to leave the position. It was a dysfunctional workplace in a flailing administration. The bad I saw far outweighed any good I could do.

We hear all the time that the government is bureaucratic and inefficient. Guess what? It really is. But perhaps worst of all is that I learned early on that there would be no fixing the system from within, especially from my role; this is a state government that has been broken for decades. It is designed to reject improvement in every form, at every level.

It seemed that if I stuck around I would be giving my tacit approval to the status quo, so I quit.

Here is a taste of what I saw: The Thompson Center, where I worked, is a near-perfect representation of state government. It is gross, rundown, and nobody cares.

Despite the shoddy condition of the state — fiscally and otherwise — there is a disturbing sense of entitlement among some state employees.

During my first week, someone who said he had been “promised” a job approached me. When I asked what he did all day, the employee said, “Not a lot. But they promised me I would have a position.”

Another government employee asked me to authorize a raise in excess of $25,000. This person was not a direct report, and we would not be working together. But she said, “I know that it can and has been done.” She then explained how to execute such a significant salary increase without raising red flags. (I rejected her request.)

We hear all the time that the government is bureaucratic and inefficient. Guess what? It really is.

I was asked to bring four departments under one umbrella to streamline operations and increase effectiveness. Across these four departments, several jobs seemed duplicative or unnecessary, and there were some employees who weren’t productive.

I also learned that state employees showing up to the office was no guarantee they would actually do their jobs. I started by asking human resources for job descriptions and performance reviews for all staffers under my supervision but was told none existed. Then I learned how it really worked.

Underperformers aren’t fired; they’re simply transferred to different positions, shuffled elsewhere on the payroll or tucked away at state agencies.

In the best scenarios, these employees are moved to vacant, existing slots where they might be a better fit and deliver value for Illinoisans. In other instances, jobs are created simply to get the employee out of the sight of whoever thinks he or she is a problem.

In one case, an employee who was being moved never reported to his new job — but he never showed up again to his old job, either. He continued receiving a paycheck for weeks until someone realized it and attempted to claw back the money for taxpayers.

I also learned that state employees showing up to the office was no guarantee they would actually do their jobs.

One state worker seated near my team’s work area regularly brought her personal laptop to the office so that she could do things unrelated to her job without it being tracked on a state computer.

Another state worker on my floor seemed quite busy one day at the computer and the printer. Then, the printer jammed. It turned out that this employee had spent her entire morning online shopping, on state time, on a state computer, and now it was the receipts from her purchases that jammed the machine.

Almost every week I was part of meetings in which tasks were doled out for specific projects or initiatives. Days passed, and nothing happened. Upon follow-up, staffers feigned confusion and said they needed to understand the “strategy and vision” to complete simple assignments.

Whether it was stonewalling or something else, these jobs never got done.

"This is just how things are"

The state’s deep financial problems are widely known and well-documented, and many savings opportunities are no-brainers. Unfortunately, archaic rules that yield unintended consequences stand in the way.

What was most disheartening was the acceptance among many state workers that “this is just how things are.” My team spent an unfathomable amount of time acquiring fully functional computers. After a lengthy song-and-dance, we received permission to purchase two new devices.

Under state procurement code, only certain types of computers can be purchased from one vendor at pre-established prices. For example: The least expensive Apple laptop is a 2015 MacBook Air, which the state can purchase for $1,543. The same laptop was available for purchase direct from Apple this summer for $809.

If the state purchased this computer through the procurement process, it would not arrive for weeks; if the laptop was purchased directly from Apple, it would be available the same day, or within a few days.

All of these experiences were frustrating, and no doubt made for a disorganized and chaotic workplace. But what was most disheartening was the acceptance among many state workers that “this is just how things are.”

No hunger to succeed

Throughout all levels of state government, what permeated the most was an overall attitude of defeat. There was no sense of purpose. No hunger to do more, push further or to succeed.

The games that were played in the office, the problems that would be easily resolved if anyone cared, the inability to get an initiative off the ground … it was almost like a running joke, or some sick rite of passage. It was as if the culture said, “You’re not a real state employee until you’re bolting out the door after 7.5 hours with nothing to show for it.”

It was appalling to see how self-absorbed so many staffers and former staffers were. Here they are in a state government that is crumbling — heck, in a building that is literally falling apart — yet at the end of the day what they care about the most is themselves.

No, I wasn’t fired

I experienced this in a very personal way when these exact people characterized my resignation as a termination — even though the governor’s own statement said I resigned. This type of behavior was not surprising to me because these are people who believe they raise themselves up by pushing someone else down, and who do not care about what is best for Illinois. I consider it a badge of honor that they felt the need to attack me on my way out because it was made very clear: I am not one of them.

Change is coming. It’s palpable. The people are ready. This is not to say that every state employee whom I met was unproductive, conniving or terrible. There are a lot of good people in state government who really are good workers. It was refreshing to meet those who still had fire in their belly to do good for Illinois, and even more impressive, to hear about actual success stories. My hat is off to these folks.

More often than not, however, well-meaning people in state government are boxed in by the apathy, complacency, and entitlement of others.

What I learned this summer is that one person, one team, one governor or one term is not enough to fix Illinois.

The state’s massive pension problem, its high taxes, its failure to take care of those most in need, the mass exodus of people and businesses — these are problems in their own right. But they’re also symptoms of a much larger problem: that Illinois government is inextricably broken, in every way, at every level.

Change is coming. It’s palpable. The people are ready. But the change Illinois needs will not originate in the halls of the Thompson Center or in the Statehouse. The revitalization of Illinois won’t come from government at all.

It's up to us as individuals to reform our communities and our state from the outside, because the insiders never will.