I Just Bought My First Cryptocurrency

Whether it’s a long-term investment or a way to buy Chinese food from down the road, cryptocurrency is worth a look.

I have been curious about cryptocurrencies for a while, and yesterday I bought some for the first time. Cryptocurrency is a digital asset designed to be used as money that typically uses encrypted blockchain technology to enable transactions between buyers and sellers. It is a decentralized currency operating separately from standard, government-backed money controlled by a central bank or other authority.

Bitcoin was the first significant cryptocurrency, initially described in a 2008 paper and launched on the heels of the widespread financial crisis that shook consumer confidence with bank failures and taxpayer-funded bailouts. Bitcoin and Ethereum are two of the largest and most popular cryptocurrencies, but there are currently thousands of different versions of virtual currencies, or “altcoins” as they are sometimes called.

Lately, cryptocurrencies have been making headlines with their soaring valuations. Bitcoin, for example, is already up 30 percent in value in 2021, and up 800 percent from its 2020 low last spring. According to CNBC, the “rise has been helped by increased institutional buying and the perception that it is an uncorrelated safe haven asset akin to gold.”

I was pleasantly surprised to find so many restaurants near me that welcome Bitcoin Cash and so I bought Chinese takeout for the whole family.

Despite their current fame and intrigue, cryptocurrencies are highly volatile and risky. I don’t have the stomach for such investing, but I did want to see what all the buzz was about. I also wanted to support the entrepreneurs who are creating new monetary and investment methods, and the local businesses that are eager to accept alternative currencies.

My first step was to visit Bitcoin.com and download their free mobile wallet app. Bitcoin.com is an informational website on cryptocurrencies, as well as a portal for buying and selling these digital assets. It’s a great place for beginners like me. The company’s founder, Roger Ver, announced this week that he is donating two major gifts to FEE totaling $2 million in Bitcoin Cash (BCH), a type of cryptocurrency with low transaction fees.

"I was a subscriber to FEE’s long-running magazine The Freeman when I was in high school and I owe a lot of my success in Bitcoin to what I learned reading about the moral urgency of having a monetary system that exists separate from state force," Ver said in a statement about his generous gift. “I was looking around the world today and I saw global lockdowns, inflation, attacks on individual liberty, and I thought: ‘Who are the most important voices of freedom today?’ FEE is at the top of my list. I want to help FEE have the same impact on the lives of millions of young people that they did on mine.”

That kind of passion for liberty and cryptocurrency prompted me to act. After downloading the Bitcoin.com mobile wallet, I followed the simple instructions and purchased $100 in Bitcoin Cash. It was easy and straightforward. Next, I had to decide what to do with my cryptocurrency. My 12-year-old son asked what I was working on. I told him I would pay his allowance this week in Bitcoin Cash if he wanted. Always eager to explore a new app, he quickly downloaded the Bitcoin.com wallet and within a few minutes his allowance appeared on the screen.

As a decentralized, peer-to-peer alternative method of exchange that is difficult to digitally “mine,” cryptocurrency challenges established norms and offers a new monetary vision.

How else could I use my Bitcoin Cash? On their website, Bitcoin.com offers a worldwide searchable map to locate nearby businesses that accept cryptocurrency. I was pleasantly surprised to find so many restaurants near me that welcome Bitcoin Cash and so I bought Chinese takeout for the whole family.

As I mentioned, I do not intend to be a committed cryptocurrency investor—although I can fully understand the appeal—but I likely will continue to purchase more of these virtual currencies to use at local merchants and some of the major companies that now accept them, including Whole Foods and Bed Bath & Beyond.

The Newfound Appeal of Cryptocurrency

Not too long ago, using or investing in cryptocurrency was considered a fringe act. Investor Warren Buffett once called Bitcoin “rat poison squared.” Now, it’s viewed as smart portfolio diversification, a protection against inflation, and something esteemed institutions such as MassMutual and billionaires such as hedge fund manager Stanley Druckenmiller actively invest in. This is a reversal for Druckeniller who said in 2018 that he “didn’t want to own bitcoin,” and who now believes that his cryptocurrency investment will “work better” than gold.

And that rat poison that Buffett referred to in 2018? Bitcoin’s market capitalization is now nearing that of Buffett’s company, Berkshire Hathaway.

Whether it’s a long-term investment or a way to buy Chinese food from down the road, cryptocurrency is worth a closer look.

Pandemic policies have contributed to this newfound appreciation for cryptocurrency. Governments have printed money at an astonishing pace over the past year in response to lockdowns and related economic disruption, causing many individuals and investors to be concerned about future inflation. Suddenly, virtual currencies seem more appealing. Unlike fiat money, or money issued by a government, such as the US dollar, most cryptocurrencies have strict built-in limits on the extent to which they can be inflated and therefore devalued.

As a decentralized, peer-to-peer alternative method of exchange that is difficult to digitally “mine,” cryptocurrency challenges established norms and offers a new monetary vision.

The roots of cryptocurrency can be found within the Austrian school of economics dating back to Carl Menger, the philosophical founder of this line of economic thinking. In Menger’s “Nature and Origin of Money” essay from 1892, he writes:

Money is not an invention of the state. It is not the product of a legislative act. Even the sanction of political authority is not necessary for its existence. Certain commodities came to be money quite naturally, as the result of economic relationships that were independent of the power of the state.

This market-based understanding of money was elaborated by another great Austrian Economist, Ludwig von Mises in his 1912 book The Theory of Money and Credit.

Yet another Austrian economist, the Nobel prize-winner Friedrich Hayek, decried inflation as a major threat to private enterprise and the proper functioning of a free society. In his 1976 book, Denationalization of Money, Hayek argues for a competitive system of private currencies. He writes: “As soon as one succeeds in freeing oneself of the universally but tacitly accepted creed that a country must be supplied by its government with its own distinctive and exclusive currency, all sorts of interesting questions arise which have never been examined.”

Cryptocurrency is one of the creative responses to these “interesting questions” and it is being increasingly examined, by both conventional investors and curious individuals. Whether it’s a long-term investment or a way to buy Chinese food from down the road, cryptocurrency is worth a closer look. 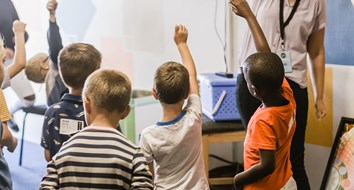 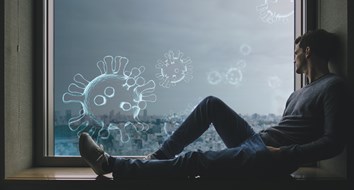 Harvard Study: An Epidemic of Loneliness Is Spreading Across America 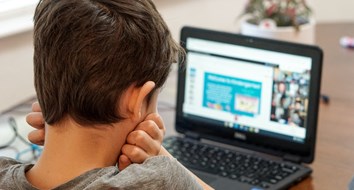 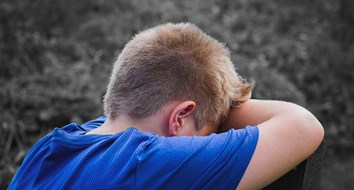