Why isn’t growth in housing keeping pace with growth in population? It’s not allowed to.

Over the course of 2013 and 2014, the cost of housing in San Francisco increased 47% and continues to increase. Longtime residents find themselves priced out of town, the most vulnerable of whom end up as far away as Stockton.

Some blame techie transplants. After all, every new arrival drives up the rent that much more. And many tech workers command wages that are well above the non-tech average. But labeling the problem a zero sum class struggle is both inaccurate and unproductive. The real problem is an emasculated housing market unable to absorb the new arrivals without shedding older residents. The only solution is to take supply off its leash and finally let it chase after demand.

From 2010 to 2013, San Francisco’s population increased by 32,000 residents. For the same period of time, the city’s housing stock increased by roughly 4,500 units. Why isn’t growth in housing keeping pace with growth in population? It’s not allowed to.

San Francisco should move from discretionary to as-of-right permitting.

San Francisco uses what’s known as discretionary permitting. Even if a project meets all the relevant land use regulations, the Permitting Department can mandate modifications “in the public interest”.  There’s also a six-month review process during which neighbors can contest the permit based on an entitlement or environmental concern. Neighbors can also file a CEQA lawsuit in state court or even put a project on the ballot for an up or down vote. This process is heavily weighted against new construction. It limits how quickly the housing stock can grow. And as a result, when demand skyrockets so do prices.

To remedy this, San Francisco should move from discretionary to as-of-right permitting. In an as-of-right system, it’s much more difficult to stop construction. As long as a project meets existing land use requirements, city planners have to issue a permit. And although neighbors can sue based on nuisance, they don’t have any input in the actual permitting process. As-of-right permitting would go a long way toward defanging NIMBYs and overzealous planners. 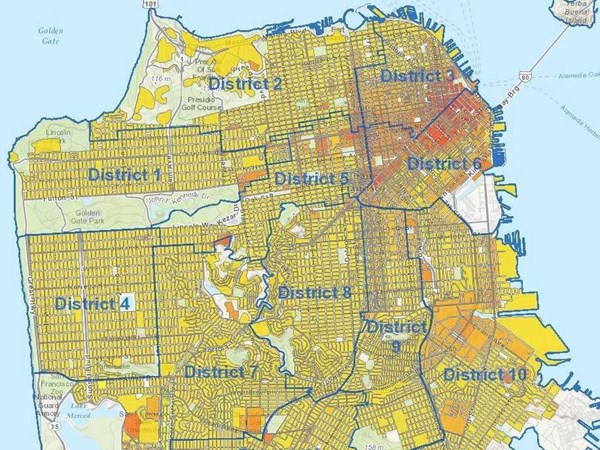 But even if San Francisco opened up the permitting floodgates, height limits, floor-to-area ratios, zoning designations, and minimum parcel sizes all prevent land from being put to its best use. Land use restrictions like these can increase the price of housing by as much as 140% over construction costs. Relaxing–if not abolishing–these types of restrictions would be hugely beneficial.

But for as much as regulatory reform would help, there’s another way of encouraging supply to catch up with demand. And, interestingly enough, it involves raising taxes (hear me out on this).

A pure land tax would amount to fixed overhead for each assessment period. This would encourage landlords to use their holdings as intensely as the market would bear. Holding a valuable parcel vacant or underused would become prohibitively expensive. 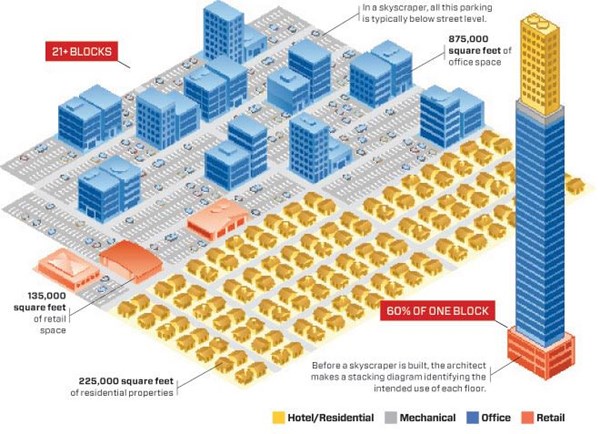 There are a few different proposals for implementing land taxation. The most aggressive approach calls for a 100% fee on land values and the abolition of all other taxes. A slightly more moderate proposal favors an 80% land tax to allow for some margin of error in assessment. The most realistic plan would be to retire San Francisco’s property tax in favor of a land tax and make the change revenue neutral. Considering the city’s property tax rate is barely over 1%, a revenue neutral land tax probably wouldn’t deliver the sun, the stars, and the moon like it would at much higher levels. That said, it would still be an improvement over the existing property tax.

Even Welfare is Better Than Price Controls

Neither rent control nor inclusionary zoning will fix the housing crisis. Both amount to price controls. Both drive up the price of market rate construction. Both create a gap between subsidized and unsubsidized housing. And as long as San Francisco can’t set its own immigration policy, there will never be enough subsidized housing to go around. It’s simply not a scalable solution. But that doesn’t mean there’s no room for a safety net.

Housing vouchers are like food stamps for….well, housing. They put resources directly in the hands of those who need them while avoiding the negative side effects of price fixing. It’s welfare that doesn’t try to mandate a price, but instead, ensure that the least well off can pay whatever that price might be.

Funding via a land tax would tie the amount of revenue available for vouchers to the state of the housing market. When housing costs increase, it’s not the buildings themselves that are becoming more expensive, it’s the land that they’re sitting on. Houses aren’t wine, they don’t typically improve with age. The actual ground they sit on, however, can become more valuable if more people want to move into a neighborhood. If a sudden surge in demand sends land prices through the roof, a land tax would ensure that funding for vouchers would increase as well.

Funding through a land tax would also prevent vouchers from becoming a subsidy for landowners. Pumping other sources of revenue into housing might simply make the market more competitive and allow landlords to charge higher rents. A land tax would limit this by moving resources from landlords on one end of the market to tenants on the other end without increasing the total amount of dollars chasing housing. Regulatory reform would also limit any price increases from a voucher system since an increase in demand would better stimulate an increase in supply. The extra supply would then put downward pressure on prices.

Slowing down–let alone turning back–the rising cost of housing will require a massive amount of new construction. Relaxing land use rules will clear the path. Changing the tax code will hurry things along. And rethinking the social safety net will ensure that no one gets left behind.