The future of non-political revolution?

For the last several centuries, nation-states have dominated the political landscape, and set all the rules for everyone inside them.

But now two kinds of special jurisdictions — private communities and “Special Economic Zones” — are quietly taking over functions and providing options that traditional polities cannot or will not. This gentle revolution has already brought comparative wealth and better living to millions of people — perhaps including you.

In a Special Economic Zone (SEZ), a government creates exceptions to its own rules — a select haven from the status quo that prevails elsewhere in the national territory. The goal, says the World Bank, is to create a “business environment that is intended to be more liberal from a policy perspective and more effective from an administrative perspective than that of the national territory.”

The antecedents of modern SEZs date from 166 BCE, when Roman authorities made the island of Delos a free port.

Modern SEZs come in many types and sizes. One might offer nothing more than duty-free warehousing of goods in transit, while another might provide an alternative governance regime for an entire metropolitan area.

Though not SEZs in the modern sense, zones governed by special rules have existed almost as long as government itself. These special jurisdictions have coevolved with the nation-state, usually cooperating, but sometimes competing with it. Although they were pushed into decline for centuries, special jurisdictions never died out, and in recent decades they have enjoyed renewed vigor.

The antecedents of modern SEZs date from 166 BCE, when Roman authorities made the island of Delos a free port, exempting traders from the usual taxes in order to stimulate local commerce. The Hanseatic League, a confederation of trading cities chartered and loosely governed by the Holy Roman Empire, effectively ruled northern Europe from around 1200 to 1600 CE, hunting down pirates and defeating kings in battle. These proto-SEZs, like primitive mammals, had real bite.

Early types of special economic zones next appeared among many various and far-flung European colonial outposts, formed as quasi-sovereign sub-governments and typically granted unique trading privileges. Examples include Macau (founded in 1557), Hong Kong (1842), and over 80 treaty ports established throughout China from the mid-1800s onward.

After the Enlightenment-era explosion of these special jurisdictions, the nation-state began its rise. From the Napoleonic Empire, through two world wars, to the collapse of the communist regimes, it ruled the globe.

Pushed to the margins, SEZs reached their nadir somewhere around 1900, when the world had only about 11 free ports. SEZs seemed headed for extinction.

Why SEZs Came Back

What brought SEZs back from the brink? The United States should get some of the credit.

Its Foreign Trade Zone (FTZ) program, launched in 1934, offered special exemptions from federal excise taxes and duties. This proved convenient for those who, legally speaking, wanted to be within the jurisdiction of the United States while remaining outside its customs territory. The United States boosted SEZs again in 1948, when Operation Bootstrap made Puerto Rico a free trade zone for U.S. companies engaged not just in trade, the traditional focus of FTZs, but also production.

Despite those precedents, most commentators date the modern SEZ movement from the industrial free zone established in Shannon, Ireland, in 1959. That early example certainly did seem to set off a wave of similar innovations. Since about the mid-1980s, “the number of newly established zones has grown rapidly in almost all regions, with dramatic growth in developing countries.” Today’s most populous nation-state, China, has proved especially prolific, going from 0 special jurisdictions in 1980 to at least 295 today. About 75% of the world’s countries now host SEZs, which number at least 4,000 and perhaps (if you count all the many single-factory zones) nearly 10,000. 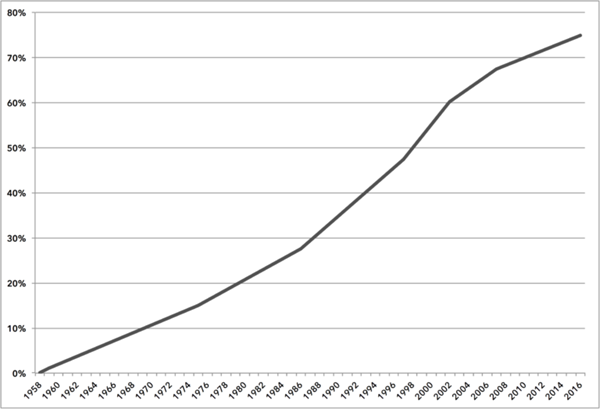 Percentage of Countries Worldwide with SEZs or Similar Zones Since 1958 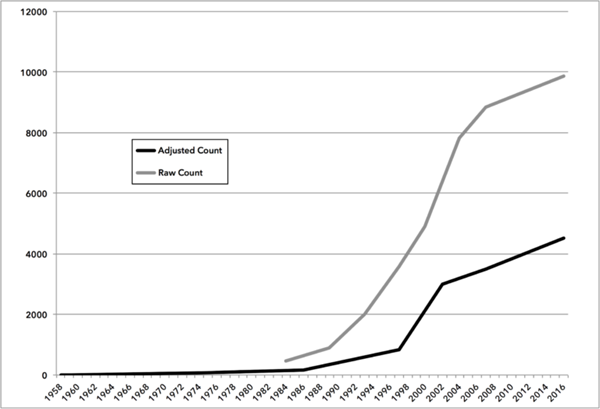 Number of SEZs and Similar Zones Worldwide Since 1958

The sorts of special jurisdictions closest to everyday people — common interest developments — have become increasingly popular both in the United States and worldwide. In the United States, these take the forms of homeowners’ associations, condominium associations, and cooperative residential communities. Residents have flocked to these private “common interest communities” in recent decades. 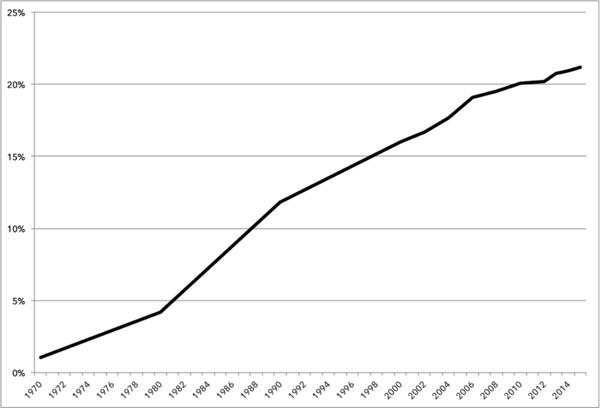 Percentage of Residents in Common Interest Communities in the United States

The popularity of common interest communities appears not only in the number of people living in them, as graphed above, but also in their growing size and sophistication. Many common interest developments have grown to the size of small cities.

The success of private communities shows the popular support enjoyed by this very local kind of special jurisdiction.

Further up, so to speak, at the level of SEZs, official support and encouragement become more common. Even when they reach the highest level of government, though, the roots of special jurisdictions reach back down to the real world.

These days, special jurisdictions happen only if and when private investors fund them.

Learning from the success of the Crown Colony of Hong Kong, itself a historical accident, the Chinese government began in the 1980s to try (or at least allow) a wild profusion of SEZs. Officials did so not pursuant to theory but (silently) in spite of it, and described their policy as “crossing the river by groping for stones.” This intensely pragmatic, theory-free approach seems to have worked in China. Hundreds of millions of people have escaped poverty in Chinese SEZs.

The astonishing growth in SEZs qualifies as a revolution of sorts, but not the usual, political kind. Instead of being imposed by domestic or foreign enemies, this revolution has come from within, allowed or even encouraged by existing authorities.

Instead of descending from the rarified theories of armchair radicals like Karl Marx, it rises from the bottom up, expressed in the everyday choices of everyday people. The same effect appears at smaller scales, in the proprietary communities that increasingly supplant politically-run municipalities. Instead of merely plugging a few new politicians into the same old offices, SEZs, private communities, and other special jurisdictions have the power to quietly and gently transform governments across the globe.

For more about the revolution quietly transforming governments bottom-up, inside-out, worldwide, look for Professor Bell’s forthcoming book, “Your Next Government? From the Nation State to Stateless Nations” (Cambridge University Press).

Professor Tom W. Bell is a professor at Chapman University School of Law.