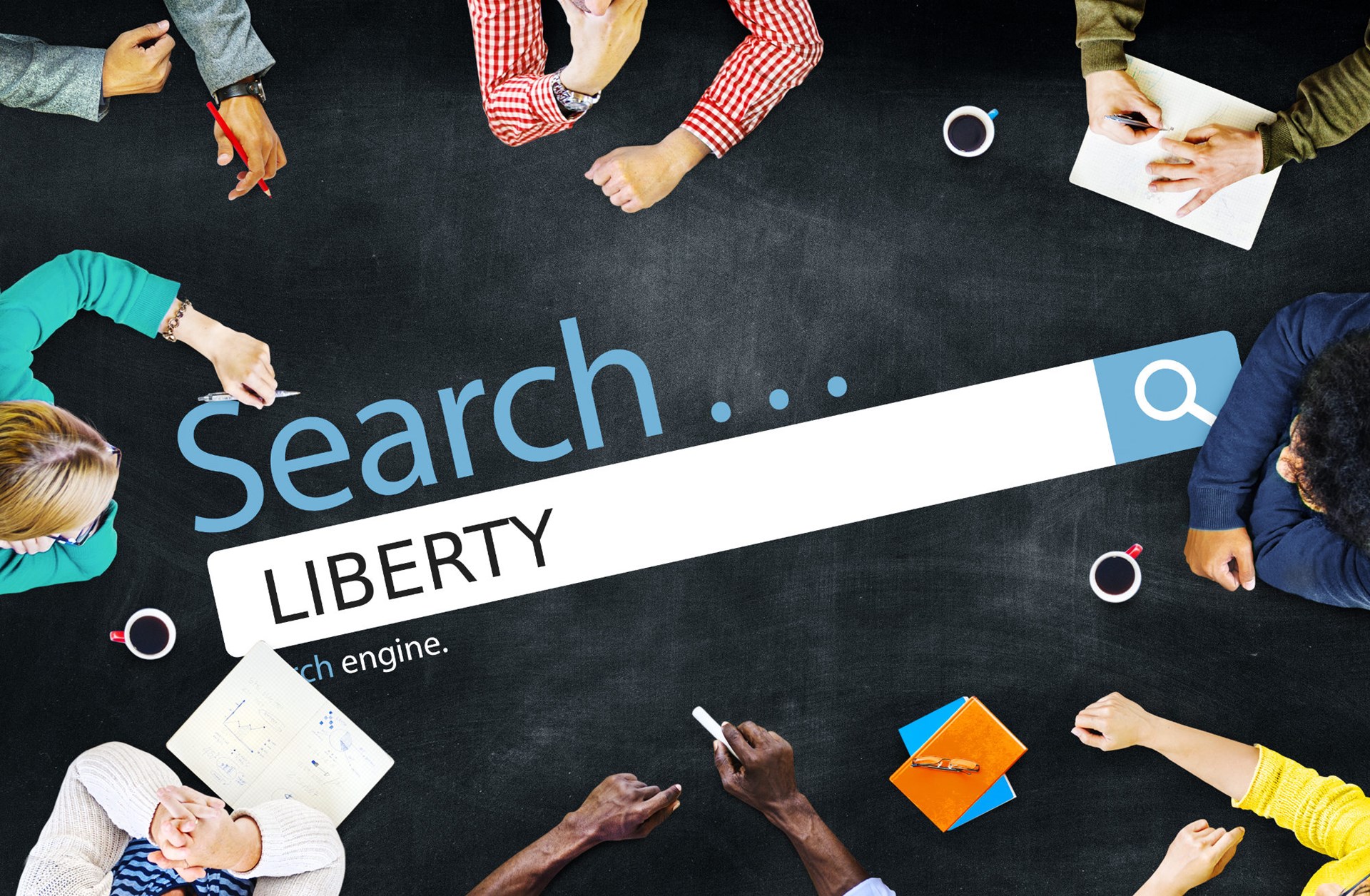 Words matter. And in the digital marketing world, words matter more than ever. They are a commodity that online marketers monetize for the purpose of creating content that engages consumers and cultivates their brand.

This is the world of search engine optimization (SEO) – and the liberty movement could use a lesson or two in how it can be used to their benefit.

Our digitized lifestyles make us painfully predictable. What do we do when we want to learn something new? We Google it.

Thought leaders within the liberty movement can use SEO strategies to understand the psychology of those who want to learn about our ideas.

Online search engines now serve as our primary starting point for new information. As a result, we create a treasure trove of data for marketing minds to leverage for future use. Our online behavior produces helpful metrics and demographic information that will help businesses and organizations better understand the psychology and behavior patterns of consumers.

One aspect of marketing research is identifying “keywords.” Keywords are the specific words and combination of words that people enter into search engines like Google and Bing. After extrapolating what those words are (via platforms like Keyword Planner or Google Trends), copywriters then use these words to reverse engineer the content on their websites, by sprinkling them into the titles, URLs, metatags, and body of the content that they publish. Search engine algorithms are then more likely to index their websites higher than competitors, ultimately driving more organic traffic toward their business.

Using this same strategy, thought leaders within the liberty movement can better identify the psychology of those who are seeking new information about the political and economic philosophies being sold in the marketplace of ideas.

Based on data pulled from Google Trends, yes, people are searching to learn more about the liberty philosophy.

Peak interest in the philosophy typically coincides with the election cycle, where online consumers are two to five times more likely to search for the term “libertarianism.” The volume of searches are most likely to link to the presence of libertarian (both big and little “L”) candidates at election time – from Michael Badnarik in 2004 to Gary Johnson in 2016. When measuring activity over the last decade, Ron Paul is the undisputed brand influencer of the liberty movement, besting Johnson’s averages almost tenfold since 2004.

On average, online consumers were nearly four times more likely to Google “libertarianism” than they were “democratic socialism.”

Keep in mind that data from Google Trends does not necessarily communicate positive or negative perceptions of keywords; it only quantifies organic traffic and demonstrates a willingness to learn more about the searched topic. As Gary Johnson’s recent Aleppo gaffe aptly demonstrates, there is no such thing as “bad press,” considering that the rates of online engagement for the Johnson campaign doubled following his public brain fart.

So how does libertarianism stack up against the competition – namely, other political philosophies? In terms of its share of the digital marketplace of ideas, the liberty philosophy is trending well, creating the impression that it is cultivating more interest than other emerging theoretical models of governance.

It is difficult to gauge if interest in libertarianism converted into anything meaningful for the movement. As mentioned before, the data from Google Trends does not convey positive or negative perceptions of the search terms.

For example, searches for “fascism” are comparatively higher searches for “libertarianism. This may be the result of concerned citizens, fearing that their political system is falling into a fascist model of governance and attempting to learn more about the historical patterns that shaped the totalitarian movements of the interwar period (and how to avoid them now).

Since 2004, searches for “liberalism” beat out “libertarianism” and “classical liberalism” by an astonishing average 45:1 ratio.

However, by cross-referencing search patterns with other lead-generating activities, we may have a better opportunity to examine conversion rates. From April 2015 to April 2016, membership in the Libertarian Party spiked approximately 500%, according to The Daily Caller. During that same time frame, searches for libertarianism experienced a 222% growth in volume from a valley in May 2015 to its peak in May 2016. Apparently, people liked what they found when researching the philosophy and the party enough to join the ranks of the liberty movement.

The SEO Case for Reclaiming Liberalism

In his article “Take Back the Word ‘Liberal,’” Jeffrey Tucker advocates reclaiming the intellectual heritage of the liberty movement that was originally defined by the tradition of liberalism. Philosophers espousing the merits of natural rights and free markets were once considered the liberals of the Enlightenment age.

“The greatness of the period between the Napoleonic Wars and the first World War consisted precisely in the fact the social ideal after the realization of which the most eminent men were striving was free trade in a peaceful world of free nations. It was an age of unprecedented improvement in the standard of living for a rapidly increasing population. It was the age of liberalism.”

Later, the term “liberal” was increasingly coopted by progressive movements. Modern liberalism embraced the belief in an activist role of government, where state intervention was deemed necessary to centrally plan human interaction with the hope of mitigating social ills. As a result, libertarianism became loosely affiliated with the term “classical liberalism,” denoting a line of demarcation between the liberalism of old (John Locke, Adam Smith, and John Stuart Mills) and liberalism of today (FDR, Paul Krugman, and Robert Reich).

Aside from preserving the ideological integrity of the liberty philosophy, there is also a case to be made from a SEO perspective.

The reclamation of the term “liberal” would preserve the past and better position the philosophy in the digital marketplaces of the future.

Marketing-savvy copywriters are always in search of better optimized search terms. Though interest in the philosophy has flourished in recent years, online searches for “libertarianism” is dwarfed by that of “liberalism.” Since 2004, searches for “liberalism” beat out “libertarianism” and “classical liberalism” by an astonishing average 45:1 ratio. That’s a huge market share, ripe for the picking.

Though it will take time, education, and a delicate approach, merging the historical tradition of liberalism with the growing interest in libertarianism in electoral politics is a bold strategy from a marketing perspective. Though easily dismissed as a petty argument over semantics, the reclamation of the term “liberal” is not only a strong scheme from the perspective of preserving the past, but also from one that better positions the philosophy in the digital marketplace of the future.

By utilizing the best practices of the SEO world, the liberty movement can gain a lot of insight into how to better sell the ideas of liberty. Some may find this tactic to be reductive – simplifying the complex and rich history of this branch of philosophy into the same category as cheaply-manufactured goods purchased via ecommerce platform. However, without the proper market research, those seeking to develop the liberty movement will lose out on the opportunity to develop a unique brand that speaks the same language as those searching for new, compelling, and captivating ideas.