How Entrepreneurs Helped Ex-Cons Turn Their Lives Around

Profits and social change are not mutually exclusive. 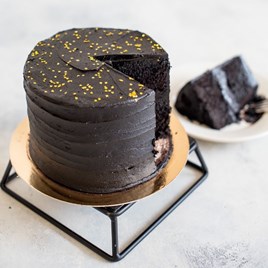 Customers come to Ovenly for the salted chocolate chip cookie and a Brooklyn blackout cake. They may not be aware that they are also supporting a revolutionary way to employ people who might not otherwise have a chance at a job.

More Than a Bakery

The company “scales profit and business to create progressive social change,” putting a high premium on social responsibility. Employees at Ovenly’s locations are brought on through an open-hiring process.

“The way Ovenly got started is that we were really both passionate about food and baking. We knew we wanted to start a bakery and make a lot of delicious desserts, but we wanted to make some sort of bigger impact with our business and that’s how we started to work with Getting Out & Staying Out (GOSO). The rest is history,” says Kulaga in an interview on B the Change.

As described here, Ovenly has had an open hiring policy since 2012, working with organizations such as Getting Out Staying Out, Drive Change, The Center for Economic Opportunity, and the Ansob Center for Refugees, to hire political refugees and citizens returning from the criminal justice system. Instead of a traditional interview process, candidates come in for a “trial” during which they shadow different positions for four to six hours to assess their skills and where they might fit.

These partnerships have not only given the team “some of the best staff members Ovenly has ever had,” but have created a curated talent pool based on the partners’ knowledge of their needs and ongoing support for their employees. Through these partnerships, they have been able to create higher levels of employee retention in a high-turnover industry. Says Kulaga:

We instituted open-hiring practices in our businesses. We don’t require that someone has a resumé to apply for a job with us. We don’t care about someone’s education or personal background. We only care about someone coming in and showing that they are eager and excited to work and are passionate about what we are doing.

We want people to work hard and have fun in doing the work we are doing. And I think that what I am continuously impressed by is the people who come into our business who have no food background what so ever — no experience working in the kitchen — and go from working as a porter and continually move up into different positions and gain more experience. It really just showed us that you don’t need the experience, you need the work ethic and the attitude to succeed and build a career in the business we have here. That’s what’s most important to us.

The company now had 56 employees and have been expanding to additional locations quickly. Kulaga says, “Once someone is actually hired, they go through a three-month training period. We ask people to invest the time and energy to master the positions they are in, and if they do, we are always willing to move people up and around to different positions based on what they are actually interested in. We don’t expect people to want to do the same job for five years. We want people to grow and we strive to provide people with greater earning potential, whether at Ovenly or somewhere else.”

“Our real focus right now is continuing to scale our business in a responsible way. We are continuing to grow our retail network and we are opening more stores, so we are continuing to create more jobs both on the retail side and the back-of-house side. I would really love to get to a place where we are filling other positions in addition to the back-of-house openings in the company with the referrals we are getting. I think it is just a different type of training people need,” says Kulaga.

Bakers on a Mission

Ovenly isn’t the first bakery to use its hiring practices to create lasting social change. Greyston Bakery, located in Yonkers, New York, has followed an open-hiring model — sucessfully — for more than 30 years.

Drew bounced between the street and prison until Greyston hired him in 2009.

People come to bake Greyston brownies for a second chance. Lamont Dandridge did time for drug dealing. While incarcerated, he says, “I really did a lot of soul-searching. I picked up books. I thought about my life.” But six years after his release, he was still unemployed; one company hired him, only to dismiss him three days later when his background check arrived.

He had given up and sat around playing video games all day when he saw a TV news story about Dion Drew.

Drew had also done time for drug crimes and had bounced between the street and prison until Greyston hired him in 2009. At Greyston he had found a stable income, meaningful work and a more purposeful life. His story prompted Dandridge to put his name on the Open Hiring list. “Dion’s my supervisor now,” he says. “I’m trying to learn everything here. There’s nothing but forward motion.”

CEO Mike Brady wants to persuade more companies to embrace Open Hiring by showing how well it works at Greyston. His 144 team members were once labeled “unemployable,” but now they are the backbone of a profitable company. Brady explains:

Access and mobility, the freedom to chase a dream, the urge to innovate, the opportunity to take risks in order to succeed, the right to become part of the American tapestry; this is the America that we celebrate every single day at Greyston. At Greyston, inclusion is the core of our Open Hiring Model. Open Hiring creates opportunities for everyone: women, men, people of color, people of all faiths and sexual orientations, immigrants and refugees, the economically disadvantaged, the formerly incarcerated and all others who may have been excluded — blocked from contributing to the health and strength of our society. Because no one willing to work should be denied the dignity of a job.

Open Hiring is not a handout or give away. It is built on mutual respect, opportunity, a fair chance. It is about communities, jobs, families. It is about responsibility, hard work, commitment, achievement, and the intrinsic worth of every human being. And we’ve been doing it for 34 years. What began as a modest bakery on the edge of New York City with the moniker that “we don’t hire people to bake brownies, we bake brownies to hire people,” has emerged today as a globally recognized brand with an innovative business model and value proposition. We are proud to be a mission-driven social enterprise and certified B Corp, proud to be based in Yonkers, proud to be New York state’s first registered benefit corporation, and proud to be part of Unilever’s global business ecosystem. We are proud of what we have done with Open Hiring.

Open Hiring is not just a job, but a pathway forward — providing career training and life skills. Jobs are fundamental and yet insufficient. Open Hiring connects jobs to families and childcare — so parents can work to support their families. Open Hiring supports parks, gardens, and healthy eating. Open Hiring generates community housing and economic development. All from baking brownies — and a mission to use business as a force for god. What we do is first and foremost about people — and about systems, changing and creating new systems that meet social, environmental, and financial needs. It upends traditional hiring practices that focus on spending to screen people out and instead makes an investment to include people and support their success.

In a 2015 TED talk, Brady issued a challenge to Fortune 500 companies: if each chooses one vendor that develops the Open Hiring model, in 10 years 100,000 jobs will be created for the seemingly unemployable, returning $750 million to local economies. “That’s my challenge to folks. Pick up the phone and call me, and I’ll help you.”

Offering research insights, collaborative learning, practical tools and consulting support for early adopters, the Center for Open Hiring facilitates the widespread adoption of open hiring as well as innovation in the delivery of community programs for employees and communities.

Reprinted from The Mission.

B the Change exists to inform and inspire people who have a passion for using business as a force for good in the world.