The Plymouth Pilgrims progressed from the false dream of communism to the sound realism of capitalism. 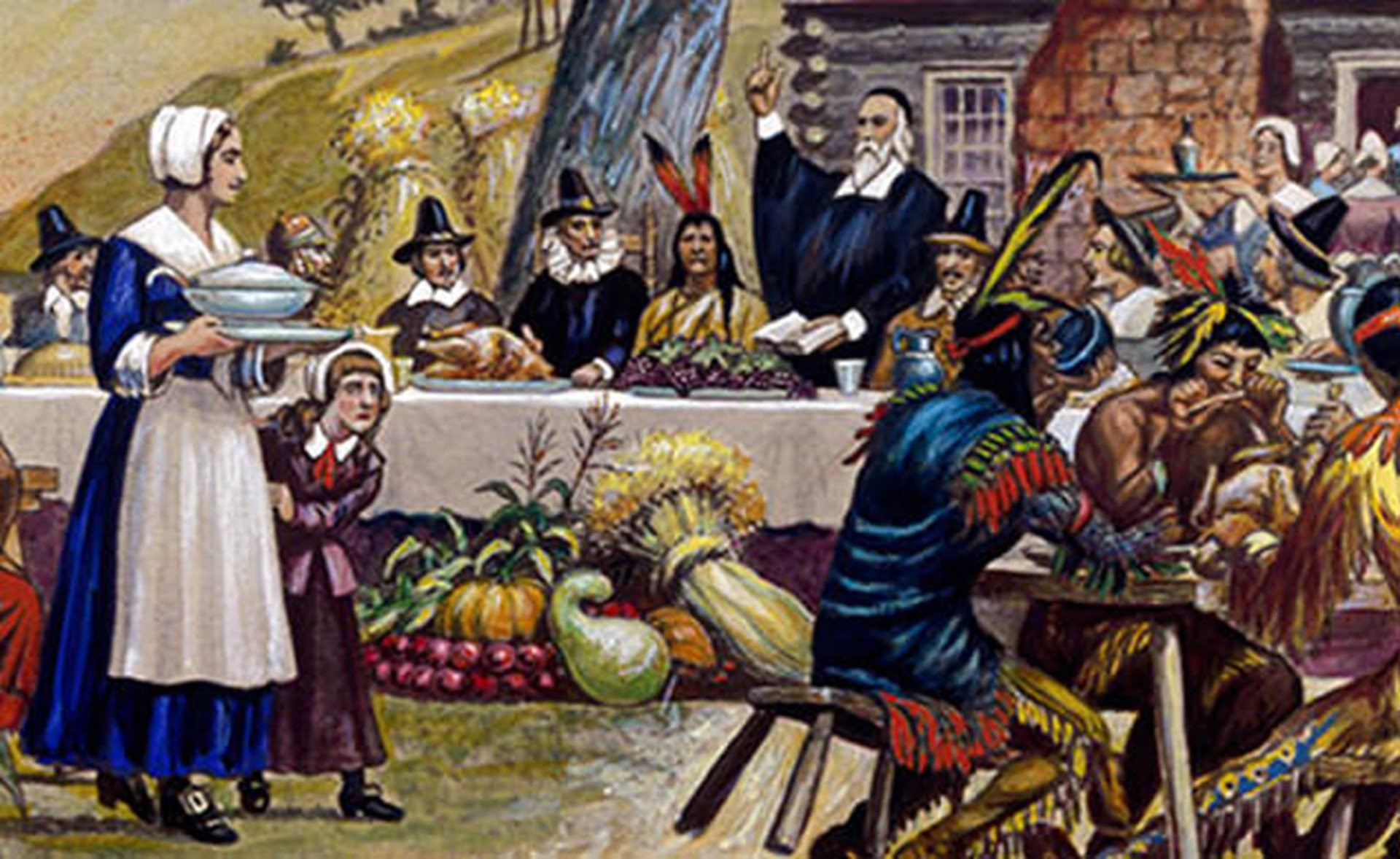 This time of the year, whether in good economic times or bad, Americans gather with their families and friends and enjoy a Thanksgiving meal together. It marks a remembrance of those early Pilgrim Fathers who crossed the uncharted ocean from Europe to make a new start in Plymouth, Massachusetts. What is less appreciated is that Thanksgiving is also a celebration of the birth of free enterprise in America.

They wanted to erect a New Jerusalem, built on a foundation of communal sharing and social altruism.

The English Puritans, who left Great Britain and sailed across the Atlantic on the Mayflower in 1620, were not only escaping from religious persecution in their homeland. They also wanted to turn their back on what they viewed as the materialistic and greedy corruption of the Old World.

In the New World, they wanted to erect a New Jerusalem that would not only be religiously devout but be built on a new foundation of communal sharing and social altruism. Their goal was the communism of Plato’s Republic, in which all would work and share in common, knowing neither private property nor self-interested acquisitiveness.

What resulted is recorded in the diary of Governor William Bradford, the head of the colony. The colonists collectively cleared and worked the land, but they brought forth neither the bountiful harvest they hoped for, nor did it create a spirit of shared and cheerful brotherhood.

The less industrious members of the colony came late to their work in the fields and were slow and easy in their labors. Knowing that they and their families were to receive an equal share of whatever the group produced, they saw little reason to be more diligent in their efforts. The harder working among the colonists became resentful that their efforts would be redistributed to the more malingering members of the colony. Soon they, too, were coming late to work and were less energetic in the fields.

As Governor Bradford of the Plymouth Colony explained in his old English (though with the spelling modernized):

For the young men that were able and fit for labor and service did repine that they should spend their time and strength to work for other men’s wives and children, without recompense. The strong, or men of parts, had no more division of food, clothes, etc. than he that was weak and not able to do a quarter the other could; this was thought injustice. The aged and graver men to be ranked and equalized in labor, and food, clothes, etc. with the meaner and younger sort, thought it some indignant and disrespect unto them. And for men’s wives to be commanded to do service for other men, as dressing their meat, washing their clothes, etc. they deemed it a kind of slavery, neither could husbands brook it.”

Because of the disincentives and resentments that spread among the population, crops were sparse and the rationed equal shares from the collective harvest were not enough to ward off starvation and death. Two years of communism in practice left alive only a fraction of the original number of the Plymouth colonists.

Private Property as Incentive to Industry

Realizing that another season like those that had just passed would mean the extinction of the entire community, the elders of the colony decided to try something radically different: the introduction of private property rights and the right of the individual families to keep the fruits of their own labor.

As Governor Bradford put it:

And so assigned to every family a parcel of land, according to the proportion of their number for that end . . . This had a very good success; for it made all hands very industrious, so as much more corn was planted then otherwise would have been by any means the Governor or any other could use, and saved him a great deal of trouble, and gave far better content. The women now went willingly into the field, and took their little-ones with them to set corn, which before would a ledge weakness, and inability; whom to have compelled would have been thought great tyranny and oppression.”

The Plymouth Colony experienced a great bounty of food. Private ownership meant that there was now a close link between work and reward. Industry became the order of the day as the men and women in each family went to the fields on their separate private farms. When the harvest time came, not only did many families produce enough for their own needs, but also they had surpluses that they could freely exchange with their neighbors for mutual benefit and improvement.

By this time harvest was come, and instead of famine, now God gave them plenty, and the face of things was changed, to the rejoicing of the hearts of many, for which they blessed God. And the effect of their planting was well seen, for all had, one way or other, pretty well to bring the year about, and some of the abler sort and more industrious had to spare, and sell to others, so as any general want or famine hath not been amongst them since to this day.”

Hard experience taught the Plymouth colonists the fallacy and error in the ideas that since the time of the ancient Greeks had promised paradise through collectivism rather than individualism. As Governor Bradford expressed it:

The experience that was had in this common course and condition, tried sundry years, and that amongst the Godly and sober men, may well convince of the vanity and conceit of Plato’s and other ancients; -- that the taking away of property, and bringing into a common wealth, would make them happy and flourishing; as if they were wiser than God. For this community (so far as it was) was found to breed confusion and discontent, and retard much employment that would have been to their benefit and comfort.”

Was this realization that communism was incompatible with human nature and the prosperity of humanity to be despaired or be a cause for guilt? Not in Governor Bradford’s eyes. It was simply a matter of accepting that altruism and collectivism were inconsistent with the nature of man and that human institutions should reflect the reality of man’s nature if he is to prosper. Said Governor Bradford:

Let none object this is man’s corruption, and nothing to the curse itself. I answer, seeing all men have this corruption in them, God in his wisdom saw another course fitter for them."

The desire to “spread the wealth” and for government to plan and regulate people’s lives is as old as the utopian fantasy in Plato’s Republic. The Pilgrim Fathers tried and soon realized its bankruptcy and failure as a way for men to live together in society.

They, instead, accepted man as he is: hardworking, productive, and innovative when allowed the liberty to follow his own interests in improving his own circumstances and that of his family. And even more, out of his industry result the quantities of useful goods that enable men to trade to their mutual benefit.

Giving Thanks for the Triumph of Freedom

In the wilderness of the New World, the Plymouth Pilgrims progressed from the false dream of communism to the sound realism of capitalism. At a time of economic uncertainty and growing political paternalism, it is worthwhile recalling this beginning of the American experiment and experience with economic freedom.

This is the lesson of the First Thanksgiving. This year, when we, Americans sit around our dining table with family and friends, we should also remember that what we are really celebrating is the birth of free men and free enterprise in that New World of America.

The true meaning of Thanksgiving, in other words, is the triumph of Capitalism over the failure of Collectivism in all its forms.