How China's Factories Are Liberating Women

Urban life raises women’s expectations with regard to social status and influence. 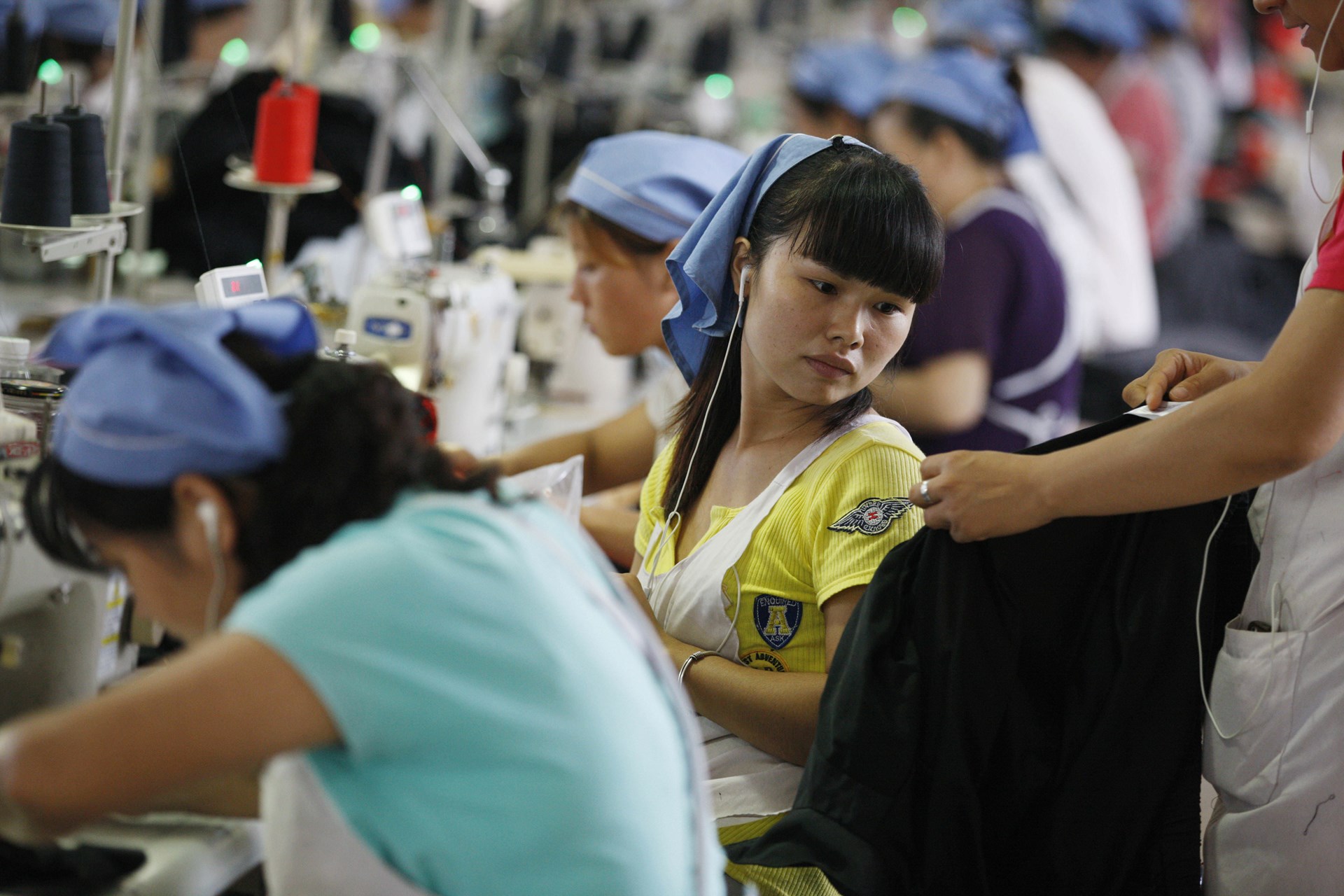 China experienced the greatest advancement out of poverty of all time, partly thanks to the manufacturing boom which followed economic liberalization in the 1980s. But there is a common misconception regarding the consequent working conditions: many imagine all Chinese factories to be “sweatshops” in which workers toil to serve the “greed” of capitalists.

“In the ongoing debate about globalization, what’s been missing is the voice of the workers themselves.”

That, however, is to overlook the workers’ own experiences.

“Chinese workers are not forced into factories because of our insatiable desire for iPods,” Chang explains in a TED talk. “They choose to leave their homes [in rural China] in order to earn money, to learn new skills and to see the world.” (For more on this topic, see "Banning Sweatshops Only Hurts the Poor.")

A few years ago, Chang, formerly a journalist for the Wall Street Journal, spent two years in China getting to know factory workers in order to make their stories known.
“In the ongoing debate about globalization, what’s been missing is the voice of the workers themselves,” Chang says. “Certainly the factory conditions are really tough, and it’s nothing you or I would want to do, but from their perspective, where they’re coming from is much worse … I just wanted to give that context of what’s going on in their minds, not what necessarily is going on in yours.”

The book Chang wrote as a result of her research, Factory Girls: From Village to City in a Changing China, presents an intimate picture of how global capitalism changed the lives of women in her ancestral country. The portraits that emerge of independent, ambitious young women contrast sharply with the widespread narrative of victimhood.

Evening classes in could catapult an ambitious woman into white-collar work. Women make up a third of China’s internal economic migrants, but accounted for 70 per cent of rural transplants to the factory city that Chang visited. Women travel farther from home and stay longer in urban areas than their male counterparts.

Women “are more likely to value migration for its life-changing possibilities” than men, since gender roles are less restrictive in cities than in the traditional countryside. Even though it was initially considered risky, or shameful, for a single woman to go out on her own, today migration to cities is practically a rite of passage for rural Chinese.

In the city, Chang was surprised to find that social mobility was strong, with many assembly-line women moving into administrative roles or other fields. Factory turnover was high, as women frequently moved from one job to another in search of better prospects. Chang observed that some evening classes in business etiquette, English, or computer skills could catapult an ambitious woman into white-collar work.

The book neatly illustrates how urbanization not only offers an escape from poverty, but has the knock-on effect of improving migrants’ home villages. And it demolishes the idea that being poor in the city is just as bad if not worse than being poor in the countryside.

“When you’ve lived in the city for a while, your thinking changes,” remarked one female economic migrant, “You’re constantly thinking about how to improve the countryside. The village is home, but I don’t feel comfortable there anymore.”

When Min, a handbag factory employee accustomed to modern city life, visited her home in the countryside, she found herself faced with this scene:

Electricity was used sparingly to save money, and most dinners were eaten in near-darkness. There was no plumbing and no heating. In the wet chill of the Hubei winter, the whole family wore their coats and gloves indoors, and the cement walls and floors soaked up the cold like a sponge. If you sat too long, your toes went numb, and your fingers too…”

Min made it her mission to modernize the farm home where she grew up.

“Min walked through the house pointing out improvements she wanted: a hot-water dispenser, a washing machine, a walk of poured concrete across the muddy yard.” She plans on eventually paying for the construction of an indoor bathroom and an electric hot-water heater so that her family might bathe in the winter without being cold.

Migrants like Min act as the chief source of village income by sending earnings home. That year, Min and her older sister Guimin sent home more than double the amount of money that the small family farm brought in through the sale of pigs and cotton. The sisters’ money paid for the schooling of their younger siblings.

The money also gave the two women a voice in family affairs, letting them insist their younger sisters attend school longer than was usual for girls. While the oldest sister only received a middle-school education, the family expects the youngest two will even be able to afford to go to college if they choose.

As Chang says, most migrants never return permanently to the countryside. “The ones who do well will likely buy apartments and settle in their adopted cities; the others may eventually move to towns and cities near their home villages and set up stores, restaurants and small businesses like hairdressing salons or tailoring shops.” Very few go back to farming.

But urban life does more than simply raise a woman’s expectations with regard to social status and influence. According to Chang, migration makes rural women more likely to seek equality in marriage. And this is one example of how, in the factory towns of the south, young women “came to believe that they mattered, despite their humble origins”.

So as economic opportunity swept across China, it also brought with it a sense of self-worth. As Chang says, the older and more rural Chinese she interviewed did not believe their stories were worth telling, but the young women in the city deemed themselves to be worthy subjects.

It is thanks to economic liberalization and so-called capitalist greed that a generation of women, as Chang’s book shows, were given the opportunity to change their fate, take hold of their own destinies and make their own decisions. Globalization didn’t imprison them in sweatshops, it set them free.