How an Illegal Shipping Container Reshaped the World Economy

The shipping container is the unappreciated contemporary hero. 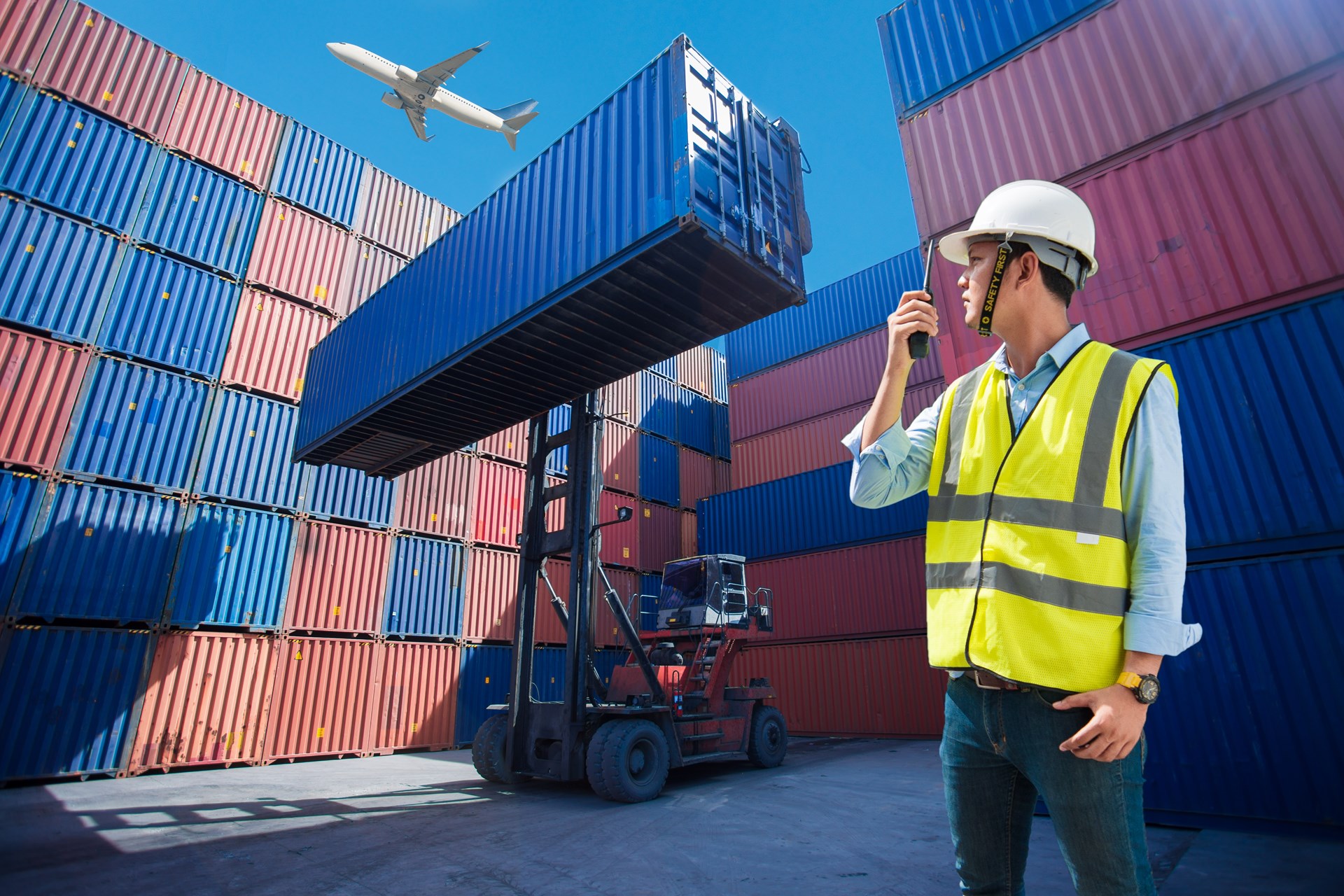 New internet technologies and companies fight against the public institutions on various fronts. The media headlines are full of it: They want to ban Uber in London and have already done so in Paris.They want to ban Airbnb in Prague and have de facto banned it in Berlin.The opponents of the sharing economy are accusing it of not following the regulations. The advocates for the sharing economy say that these regulations do not apply to it.

There are more than 20 million shipping containers around the globe and we move practically everything in them.

Now, it is not important which of these two camps is right. It is important to realize that this is not the first case of regulation and innovation crashing. Practically every era has had its Uber or Airbnb.The problem is that people are dying and laws are changing, so these examples are long forgotten today.

An example of this innovation is a standardized cargo container. Today, there are more than 20 million of these containers around the globe and we move practically everything in them. This innovation from the late sixties completely changed the world. It transformed the way ports are structured and operate, where factories are built, and how international trade and globalization have developed.

Before the arrival of containers, various goods were transported in different packages: pallets, crates, barrels, boxes, containers, bags, etc. The way of transporting goods in the early 20th century did not differ significantly from the way it had been done in previous centuries. Although more modern ships and trains were used, and trucks appeared, the goods were still going through the hands of the loaders and unloaders to a great extent. This occupation was present in every single port all over the world. These ways of loading of the goods, however, had their respective issues.

First, there were the high expenses. More than half of all the cargo to be transported from place A to place B was to be carried from the factory into the train, from the train into the docks, then to the ship, from the ship into the truck and finally from the truck to the warehouse. This was not only financially consuming but time-consuming, too.

A transport ship would spend more than a week in the port until it was completely unloaded and subsequently reloaded. And occasionally, things would go missing or get stolen in this process. Often, the loading did not even begin because the local loaders were on strike. And because of all this, after World War II, the use of ship transportation declined.

This had been the case until a successful businessman in the truck transport, Malcom McLean, decided to change it. Of course, he was not the first to notice the high cost and risks associated with the reloading of the wares, nor was he the first to view standardized containers as a solution. However, he was the first to understand the importance of a complex approach and subsequently pushed the paradigm shift. He stopped looking at the transport sector as driving trucks, unloading ships, and coordinating trains. Instead, he viewed it as a matter of shipping freight. This led him to the see the concept of “containerization” in a different manner than his contemporaries.

In the US, the transport industry was heavily regulated in the first half of the 20th century.

McLean created a completely new ecosystem for dealing with containers. He adjusted the ports, ships, cranes, warehouses, trucks, and trains. He also created an entirely new system of controlling the containers. He was far ahead of the game and even ahead of the experts in various committees and offices in his field. Many were surprised by his approach and by the resolute change he brought with him.

But implementing this change of paradigm was not easy. In the US, the transport industry was heavily regulated in the first half of the 20th century. Public institutions and regulators had all the sectors divided according to the mode of transport. Together, they regulated everything from designating routes and the number of people involved, to the prices of individual transported items. Moreover, they did not allow a single company to get involved in various actions across the sectors: to drive trucks, transport with ships, or to even rent the ports with cranes and warehouses.

McLean, his lawyers, and his accountants knew all of this. Nevertheless, McLean still needed to involve all the transport components named above into his business model. Therefore, to avoid the strict regulations, lawyers performed several legal-financial operations which rearranged the ownership relations in McLean’s companies before launching the new container transportation. The ink on these signed contracts was not even dry yet when the competitors from the truck and railway transports began decrying McLean and demanding a ban on his companies.

A two-year-long battle between the companies and the regulatory agency ICC (Interstate Commerce Commission) followed. The representatives of railway and truck transport companies protested that McLean illegally gained a ship transport company. His business was, therefore, illegal and was supposed to be banned. This almost actually happened when, in November 1956, the investigator from ICC agreed with them.

At the end, however, in 1957 the ICC rejected the conclusion of its investigator and allowed McLean’s companies to function. By then, McLean had been transporting his containers for over a year.

The first cargo ship with McLean containers set off in 1956 from the New Jersey port in Texas. The complete loading of the ship took 8 hours. An extremely short time in comparison with several days needed for the traditional method, and it was reduced shortly afterward by implementing better cranes and parallel unloading and loading of the ships at the same time. But Mclean was only interested in one figure: the cost of transporting one tonne of wares. In 1956, the cost was around $5.83. McLean’s ship Ideal-X managed to do the same for 15.8 cents per tonne.

This is how McLean overcame the first regulatory barrier constraining his containers from controlling the world. By far, this was not the last one. In the introduction, I mention the loaders and unloaders in the docks. These were the workers having one of the most dangerous occupations and generally passed it through generations. In many cities, these workers were having a distinctive social position, and, for example in New York, not just anyone could reload a truck. This job was exclusively for the members of a so-called group of “Public Loaders.”

This exclusivity was protected by various trade unions that dictated who could load, for how much, and what could be loaded and unloaded in a port. This occupation became completely unnecessary with the arrival of containers.

Today the static barriers of government regulations are exceeded by new technological innovations and new entrepreneurs.

Originally, workers fought against the arrival of the iron boxes with all their strength. But their effort would prove to be fruitless. From the years 1963 to 1964, the workers in Manhattan ports worked for 1.4 million days altogether. From 1970-1971, this figure dropped to 350-thousand. And in 1976, it was only 127-thousand. So, over a decade, the hours of labor in the docks fell by more than 91 percent.

Let's Not Kill the New Inventions in Advance

Today, very few know what regulatory and lobbying problems the containers had to face before becoming a standard in the transportation of goods. An innovation full of controversy 60 years ago, considered illegal by many, with a regulator deciding on its viability is nowadays seen as something natural that we cannot imagine life without.

Public regulation is static by principle. According to his knowledge of the past, a regulator will define conditions for the presence. However, he cannot know what will come in the future. By definition, innovation represents the direct opposite. Innovators care not about what people did in the past or what the current situation is. Innovation is a projection of the future. The issue arises when these two concepts collide in a concrete case. Regulators then judge the innovation on the basis of the old standards and innovators judge the regulation based on their own vision of the future.

Today, the static barriers of government regulations are exceeded by new technological innovations and new entrepreneurs. It is, therefore, necessary to take a step back and look at these issues from a broader perspective. We can also look at this problematic simplistically and see if the new technology fits into the official regulatory box, or not. And if, by chance, it doesn’t fit, we ban it automatically.

If our ancestors applied this approach unconditionally in all cases, we would live in a different world today. The change in transport legislation was no precedent to the first automobile from Carl Benz, but the opposite. Likewise, the Wright brothers did not ask for permission from the public institutions to carry out their first flight.

Today, innovators and entrepreneurs are entering into an overregulated world where every single area of human action is somehow officially regulated, or legally edited. We cannot help but wonder how the new ways of doing old things clash with misunderstanding from public regulators.

If every innovation had to pass through Parliament or Congress first, we would live in a very sad world, a world with no innovation.

Robert Chovanculiak is an analyst at Institute of Economic and Social Studies. He holds a Ph.D. degree in public economics and his field of professional interest are public finance, new technologies, and education.