Markov vociferously opposed communism at the cost of his life.

Palace of Justice in Sofia, Bulgaria

Nothing is so contagious as example; and we never do any great good or evil which does not produce its like. -- Francois de la Rochefoucauld (1613-1680).

Heroes for liberty are not peculiar to any region of the world or to a particular time period or to one sex. They hail from all nationalities, races, faiths, and creeds. They inspire others to a noble and universal cause—that all people should be free to live their lives in peace so long as they do no harm to the equal rights of others. They are passionate not solely for their own liberty, but for that of others as well.

The subject of the fourteenth essay in this Heroes for Liberty from Around the Globe series is Georgi Markov of Bulgaria. My friend Krassen Stanchev is the author. He teaches at Sofia University and is a former executive director of the Institute for Market Economics in the Bulgarian capital.

The Bulgarian novelist and playwright Georgi Markov was a Communist-era dissident best known outside Bulgaria for being assassinated with a ricin-poisoned device (believed to hidden at the tip of an umbrella). It happened in central London on September 7, 1978. He died four days later, age 49.

The murder was a textbook case of a KGB-style killing and was likely the work of the Bulgarian Communist regime’s secret police. One can read about it at The Forensic Library in books published by the Royal Society of Chemistry and on Wikipedia or watch movies about the case on YouTube here and here. It is known as the infamous “Umbrella Murder.”

To many of us in Bulgaria, Markov is a hero. His closest friend, Dimitar Bochev, aptly stated that it was his “talent” as a writer that got him killed. I’m proud to tell you why as part of this weekly series on FEE.org.

Markov’s novel, The Roof, for example, was banned by the government.

Markov did not set out in life to be a writer, a social critic, or a political commentator. Born in Sofia, the capital of Bulgaria, in 1929, he studied chemical engineering and worked in factories but retired young, after contracting tuberculosis. The illness gave him the time to develop his talent as a writer, which proved to be extraordinarily good.

In the 1950s and 1960s, Markov emerged as a prolific author of novels, short stories, and plays, for which he received numerous awards. As he became increasingly and devastatingly critical of communism and socialism, the regime of Todor Zhivkov (long-time Communist dictator of Bulgaria) began keeping an eye on him. The country’s censors blocked the printing of some of his works and banned others altogether, but that didn’t prevent him from becoming a well-known and admired author in his native land.

George Orwell was Markov’s favorite author, and Orwellian themes showed up in much of his writing. Markov’s novel, The Roof, for example, focused on the collapse of the roof of the Lenin Steel Mill and the comical efforts of central planners to rebuild it. It was banned by the government.

“Not to Live by Lies” was Markov’s credo, as much as it was that of fellow writers Aleksandr Solzhenitsyn in Russia and Vaclav Havel in Czechoslovakia.

A popular Bulgarian literary fashion of the 1960s involved a small group of extraordinary and original authors, relatively carefree and nonchalant fellows of which Markov was one. For the most part, they were not overt rebels, but they did resent the daily lies imposed upon the Bulgarian people by communism. The characters of their novels were normal humans with doubts and weaknesses, regular people dealing with the challenges of life. Under communism, those challenges were ubiquitous. These writers fostered a quest for normalcy which, twenty years later, helped mightily to topple the regime.

“Not to Live by Lies” was Markov’s credo, as much as it was that of fellow writers Aleksandr Solzhenitsyn in Russia and Vaclav Havel in Czechoslovakia. In an essay he wrote comparing communism with the years before 1944, he explained that the most important change was that people were forced to live in fear and lies. Bulgaria, like the other East bloc communist nations, was an Orwellian nightmare come to life.

Targeted by the Government

In 1968, new leadership in nearby Czechoslovakia ushered in a brief period of liberalization known as the “Prague Spring.” Soviet forces led an invasion of the country to put a stop to it in August of that year. But even before the invasion, the Communist authorities in Sofia moved to prevent any repetition of the Prague Spring in Bulgaria. They stepped up their efforts to spy on intellectuals and curb their impact on public opinion by corrupting, harassing, and punishing them.

Markov was a prime target. He was deemed “too Czech-like.” Even his previously available books disappeared from public libraries and bookstores.

A café in downtown Sofia, five minutes’ walk from where I lived, became a prominent meeting-place of dissident artists and writers. Ever larger crowds would gather both inside and nearby when people knew that Markov was there. They could tell because his new BMW, one of only two in the city, was parked outside. He was the most colorful, bold, and freest-talking personality among Sofia’s bohemian set, and others were eager to catch a glimpse of the famous writer or even hear him speak.

Markov’s writings spoke truth to power in ways that resonated with Bulgarians. His depictions of life under totalitarianism earned him the wrath of the secret police and the dictator Zhivkov himself, but ordinary people appreciated his candid critiques. Here’s a sample from his book, The Truth That Killed:

Today, we Bulgarians present a fine example of what it is to exist under a lid which we cannot lift and which we no longer believe someone else can lift... And the unending slogan which millions of loudspeakers blare out is that everyone is fighting for the happiness of the others. Every word spoken under the lid constantly changes its meaning. Lies and truths swap their values with the frequency of an alternating current...We have seen how personality vanishes, how individuality is destroyed, how the spiritual life of a whole people is corrupted in order to turn them into a listless flock of sheep. We have seen so many of those demonstrations which humiliate human dignity, where normal people are expected to applaud some paltry mediocrity who has proclaimed himself a demi-god and condescendingly waves to them from the heights of his police inviolability.

In 1971, the Bulgarian KGB opened a dossier on Markov, titled poetically “The Wanderer” and identifying him as “a writer from an enemy family, politically unstable.” But Markov had left the country for Italy two years before. He might have returned, but when the authorities in Sofia refused to extend his passport in 1971, he decided it was not safe to go back to Bulgaria. He moved to London.

In Britain, his friend Bechev recalls, Markov secured a job at the BBC. Later, his play To Crawl Under the Rainbow was staged in London. At the Edinburgh International Festival, his Orwellian play Archangel Michael won first prize.

More than anything else, it was likely his Absentia Reports broadcast by Radio Free Europe that marked him for murder. Every week from 1975 to 1978, he used the radio to analyze and expose the awful truth about life in communist Bulgaria. During my high school years, we waited impatiently in Sofia for each Markov report on the radio. And it’s no wonder the regime hated him. Those broadcasts, a fellow dissident explained, “were permanently and steadily debunking the myths of communism.”

The pen proved, once again, to be ultimately more powerful than the sword.

A Communist court in Sofia tried Markov in absentia. Behind closed doors, it sentenced him to six and a half years in prison.

After walking across London’s Waterloo Bridge over the Thames on September 7, 1978, Markov waited for a bus to take him to his job at the BBC. He suddenly felt a sharp sting on the back of his right thigh, turned around, and saw a man with an umbrella hurrying off to a waiting taxi. By the evening, a fever required his hospitalization. He died four days later from a ricin-filled pellet, presumably launched from the umbrella. He was 49 and left behind a wife and a two-year-old daughter.

September 7 happened to be the birthday of the dictator Todor Zhivkov. It is widely believed in Bulgaria that the date was no accident, that the Bulgarian secret police arranged the murder as a birthday gift to Zhivkov.

In 1974, four years before his assassination and perhaps in anticipation of it, Markov wrote, “If we look at things historically, the victor in all events, even if I die, will be me!”

And indeed, in that he was right. The pen proved, once again, to be ultimately more powerful than the sword. Zhivkov was deposed in 1989, and a month later, the Communist regime evaporated in disgrace. Today, Bulgarians celebrate Markov, not Zhivkov. The only pity is that the chemical engineer-turned-writer didn’t live to see his own vindication. 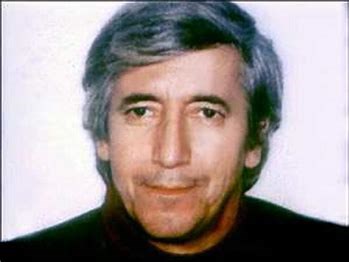 Krassen Stanchev teaches Public Choice and Macroeconomic Analysis at Sofia University. He is a former executive director of the Institute for Market Economics in Sofia and a former member and committee chairman of Bulgaria’s Constitutional Parliament.