The market process of global trade is not a place or a thing, but a process in which people serve each other for mutual benefit. 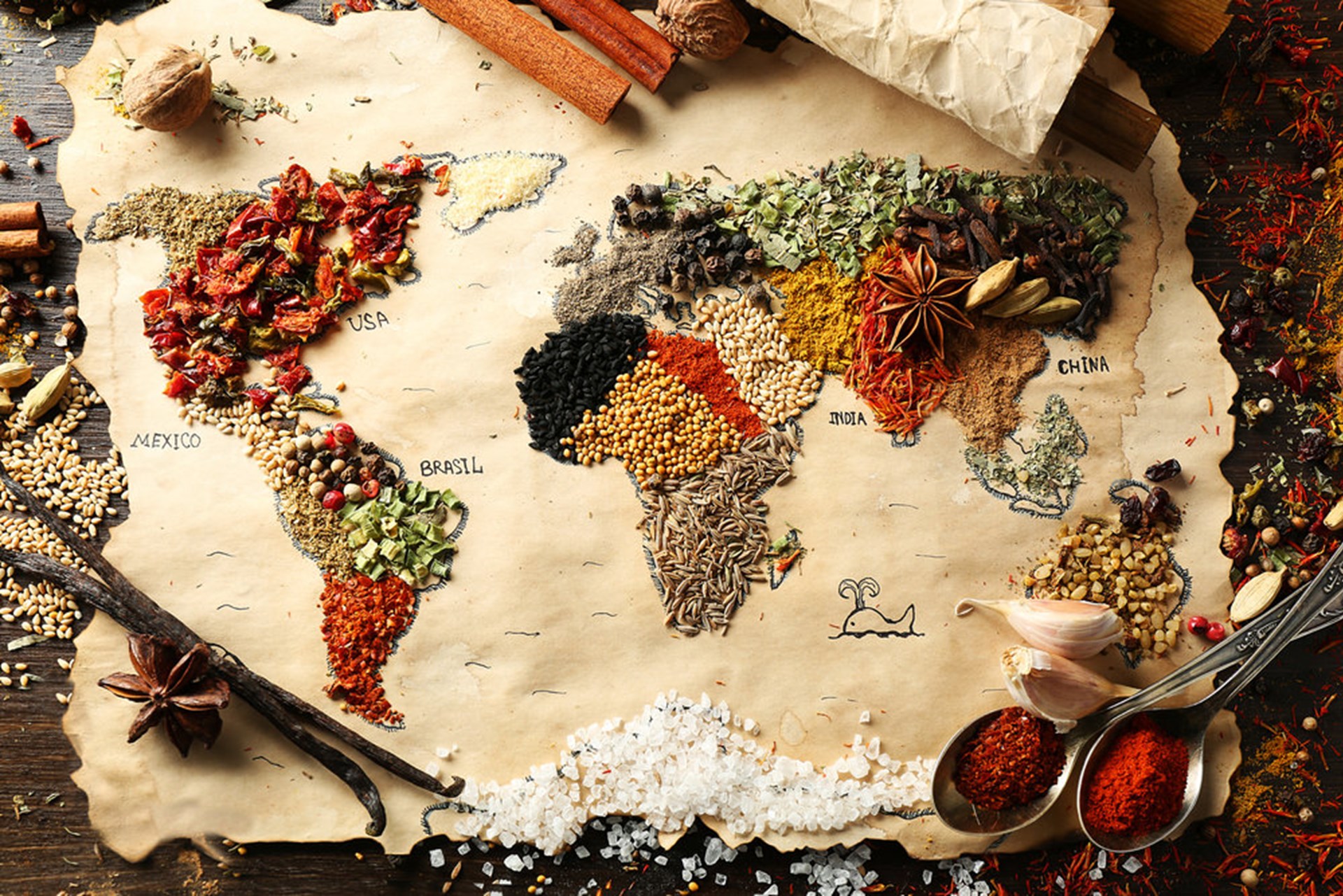 A recent trip to Cincinnati afforded me the opportunity to check out the well-known Jungle Jim’s International Market just north of the city. As a lover of all kinds of food, I was promised that here I could find everything under the sun in one location. And that promise was largely fulfilled, as Jungle Jim’s is indeed an amazing place.

The market is a process, actuated by the interplay of the actions of the various individuals cooperating under the division of labor.

From its fantastic wine selection to its charcuterie to its tanks of live fish to its exotic and obscure international produce to its international dry goods area with sections containing food from countries across the globe, including some of the smallest in Europe and Central America, Jungle Jim’s is a food lover's paradise. It is a cornucopia. It is a giant global buffet table. The more time I spent there, however, the more I began to think about the physical space of that market as a metaphor for the globalized economy.

In Human Action, Ludwig von Mises wrote that “The market is not a place, a thing, a collective entity. The market is a process, actuated by the interplay of the actions of the various individuals cooperating under the division of labor.” That process of cooperation, of course, knows no national boundaries. The market, in Mises’s sense, extends across the globe, as exchange by comparative advantage creates a very fine division of labor, which in turn facilitates increased cooperation and prosperity.

Jungle Jim’s is a physical manifestation of that process. The shelves are lined with goods that come from all over the world, and the shoppers are made up of people from all walks of life and from all kinds of geographical locations. We were two hours from home there, and since telling friends I was there, a number have told me that they’ve made it a point to stop there while driving through the Cincinnati area. I’m quite sure that market was economically and geographically diverse.

It was also ethnically diverse. The selection of international foods and fresh meat and seafood attracts a wide range of customers who know they could only find what they wanted at Jungle Jim’s. For example, the seafood section was full of older Asian women who were clearly picking out the fresh items they needed for that night, and being very precise with how they wanted those fish filleted.

Other customers were also clearly immigrants or descendants of immigrants looking for the food from their native lands. The ability to access ingredients or prepared food imported from all over the world makes their lives here in the United States that much better, whether they are newly arrived immigrants or long-standing citizens of any of dozens of ethnicities or nationalities.

Jungle Jim’s is also a model of peaceful, tolerant interaction among diverse humans. Exchange doesn’t just make us better off, it makes us better people.

Over half of US imports are actually inputs into the production of US-based firms.

In addition to the direct consumers who benefit from something like Jungle Jim’s, so do other producers. Although I cannot know for sure, I suspect that a number of the customers there that morning were chefs from local restaurants and catering businesses who know that they can buy the exotic ingredients they need, whether it’s sauces or spices or fresh produce. As consumers, of course, we enjoy our Chinese or Thai or Greek food, or American dishes influenced by those cuisines, but doing so is dependent on the ability of owners of those restaurants, regardless of their ethnicity, nationality, or citizenship status, to acquire those ingredients. For American chefs, the availability of imported ingredients at reasonable prices is crucial to pleasing their American consumers and making their businesses successful.

Too often, we talk about international trade as being about the direct benefits to consumers. Those benefits are real. It’s true and important that Walmart can import goods from China and sell them to US consumers at low prices. It makes us, especially the least well-off among us, better off than we would be otherwise.

But what that conversation forgets is that over half of US imports are actually inputs into the production of US-based firms. That’s about 8 percent of US Gross Domestic Product. Plus, many of those importers are also exporters. The firms who buy imported inputs use them to produce final goods here in the US then export some of them to the rest of the world.

When we start to place limits on global trade through tariffs on imports, we are not just harming the producers of those goods in other countries. We are harming US manufacturers who rely on those imports for their production here (and the jobs that go with it). Raising tariffs on imported dry goods or produce makes food produced by American chefs at restaurants that employ Americans more expensive, thereby threatening the viability of those businesses and those jobs.

If we raise the price of imported steel, we don’t just hurt foreign manufacturers, we hurt American firms who rely on that input for their production, including their exports.

Standing in the crossroads of commerce that is Jungle Jim’s, I could not help think about these issues. Under one roof in the Cincinnati suburbs was a microcosm of the global economy: people with a variety of different wants and desires finding ways to mutually satisfy them through exchange. The building is the physical manifestation of the coordinating role of the market process. When we go to Jungle Jim’s, we see it. But when we move beyond a building, it becomes part of Bastiat’s unseen.

The institutional framework of laws, rights, and finance that make exchange possible is the analogue in the market process to how the physical structure of the building makes possible the exchanges at Jungle Jim’s. The institutional framework is harder to see but is, in many ways, far more important. And because it’s harder to see, we don’t always understand how weakening it can destroy global exchange just as weakening a pillar or a beam at Jungle Jim’s could destroy the exchanges there.

In fact, the invisible network of trade-facilitating institutions is what makes it possible for there to be a visible building in which trades take place. They are deeply intertwined.

When we place limits on trade, we threaten the livelihoods and well-being of us all.

Every person who goes to Jungle Jim’s and enjoys its bounty should be considering the invisible structures that make the visible structure possible. The global market process, and the institutions such as the admittedly imperfect treaties like NAFTA and organizations like the WTO that facilitate it, are what make the local marketplaces possible.

While you enjoy your French cheese, your Chilean wine, or your Bulgarian pickled mushrooms, consider the invisible network of institutions that make it possible for you to do so, and for your local chef to get them as well. Then consider how that invisible network does the same thing for the imported cars you buy and the imported components US car companies buy to make their cars.

Because the market process of global trade is not a place or thing, it’s easy to forget and to take for granted. But like the marketplace of Jungle Jim’s, it cannot stand without its foundations. When we weaken those institutions and when we place limits on trade, we threaten the livelihoods and well-being of us all.