Hayek’s thought system is as complex as little to no other thinker of the last century. 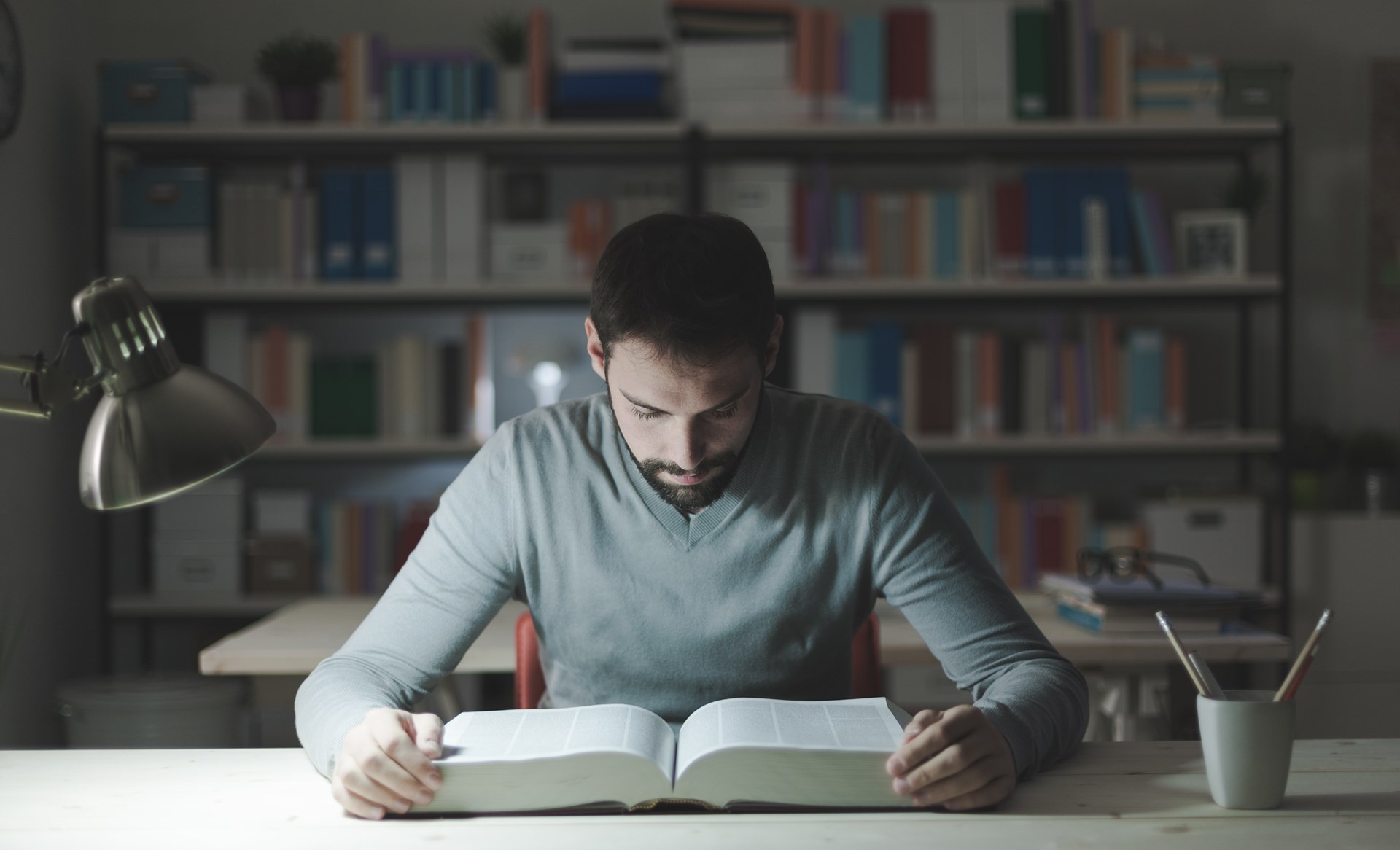 Friedrich August von Hayek (1899-1992) is today glorified by freedom lovers all around the world. The Austrian in a double sense—both as an Austrian citizen as well as a representative of the Austrian School of Economics, is mentioned in the same breath with the most prominent classical liberal economists of all time: right next to Adam Smith, David Ricardo, Ludwig von Mises and Co. He is one of the few pleasant examples of an Austrian, who has always been respected in the intellectual community and who, thereby, received the Nobel Prize in Economic Science in 1974. No other liberal thinker except for Milton Friedman had a bigger influence on the political events of the twentieth century: Margaret Thatcher, Ronald Reagan, Ludwig Erhard, and many others were influenced by his work.

All the more shocking it is then that despite all of this, many libertarians simply don’t know too much about his actual ideas. To know of the existence of Hayek has become something quite different to reading Hayek and understanding his ideas. The latter is surprisingly hard and quite a few people, me included, had the experience of almost falling asleep while reading his most famous work, The Road to Serfdom, for the first time.

Where to start then? If you want to learn more about Hayek’s ideas and his most important concepts, there are a number of essays and shorter works, which especially because of their simpler way of writing, are quite easy to understand, but (still) worth reading. Here is a selection of just five ways to get to know Hayek:

1. Hayek’s Individualism—and His Attack on Rationalists

One of Hayek’s more well-known essays called Why I am Not a Conservative is already provocative thanks to its title. It is here where Hayek attacks conservatism full-front and shows his rejection of this line of thought. But it’s quite interesting as well why Hayek even felt the need to write this text. The reason for that was that conservatives had always seen him as one of theirs (even today, because they think Hayek’s criticism only pertained a specific kind of conservatism, but not theirs).

That’s not without a reason, and especially in his essay Individualism: True and False, the first chapter of his compilation Individualism and Economic Order, his traditionalist roots become evident (though he equally never neglects the possibilities of progress). Hayek differentiates between two kinds of individualism: he attacks the rationalist one, which puts reason first in all decision-making, and tries to get rid of everything which the rationalist doesn’t deem as “rational.”

But for Hayek there is also another kind of individualism. It’s the individualism of Burke, Tocqueville, Acton, Smith, and Hume. This individualism sees the individual as born into a society—and social relationships within the family and closer environment are crucially important. The social institutions, traditions and rules are of a fundamental importance and secure an “ordered liberty” as opposed to chaos. Without social institutions and rules, which the rationalists try to explain away, Hayek believes that life in a society would not be possible.

Two ideas stick out of Hayek’s writings: one is the idea of the “spontaneous order” (see point 3), the other is the “knowledge problem.” The latter is the topic of two of his most famous essays, The Pretense of Knowledge, his Nobel Prize speech, and The Use of Knowledge in Society.

Briefly put, the knowledge problem goes as follows (be aware, the term knowledge will appear quite often in the next few sentences): knowledge is extremely dispersed around the world. Each human being only has access to an infinitely small part of it—and no single human could own all knowledge there exists. The benevolent dictator could, for instance, never know what all individuals in a society know for themselves—what a mason, a shoemaker, a computer scientist and so on, know. Should the government—or whoever—still have the pretense to want to know everything, it would result in chaos. Only the market, with the price system, can coordinate this scattered knowledge.

Hayek’s knowledge problem is another essential argument against central planning and shows, like Mises’ calculation problem, the impossibility that socialism could ever work.

3. The Spontaneous Order in the Tradition of Smith and Menger

Horwitz, Steven (2001). From Smith to Menger to Hayek: Liberalism in the Spontaneous-Order Tradition

His second famous concept, the one of the spontaneous order, combines the first two points to a certain degree. For Hayek, the individual plays the decisive role in the analysis—only the individual can act after all—but always in perspective to others, by cooperating and trading with them (or potentially of course by waging war). This way everyone contributes to society. This cooperation between people let’s a spontaneous order come into being—by itself. In the economy, the price system coordinates market activities. In society and politics, social and political institutions and rules develop.

It’s essential that this process happens bottom-up, not top-down. It would once again be a pretense of knowledge should a higher authority try to control and steer society. In this, Hayek follows a prominent tradition. According to Steve Horwitz’ From Smith to Menger to Hayek, the Scottish enlightenment thinkers took the first steps towards the concept of the spontaneous order, among them Adam Smith, Adam Ferguson, David Hume, and Bernard Mandeville (the latter one admittedly not being Scottish). And it’s true: Smith’s idea of the invisible hand is quite similar.

Following the Scots came the founder of the Austrian School, Carl Menger, who explained the emergence of social institutions by referring to them as the result of spontaneous, organic processes. None of the individuals necessarily knew what the result would be. But through their self-interest, they all participated in the process and those institutions seemed to come into being almost randomly (especially Menger’s example of the Origins of Money is well-known). Hayek pushed these ideas one step further by putting the knowledge of the individual in the center. (Another great example of this tradition is the small essay of FEE’s founder Leonard Read, I, Pencil.)

4. The Denationalization of Money

Hayek, Friedrich A. (1976). The Denationalization of Money

In libertarian circles there are, to put it mildly, some disagreements on how a classical liberal monetary policy should look like. It would go beyond the scope of this article to simply talk about the differences between the Austrian School and the Chicago School (around Milton Friedman). Even between the Austrians, there are more than enough different views. Murray Rothbard and Ludwig von Mises for example, vehemently argued for a return to the gold standard.

Hayek had a different idea: for him, the solution to the problem that the state could, in principle, print an infinite amount of money if it is in the hands of the government, would be, putting it a little crudely, to simply privatize the money, i.e. denationalize it. Every bank, every financial institution, every company—really everyone, could invent their own currency, and offer it on the market. As with any other good, a market for the best product would come into being, and some currencies would probably prevail in this competition (since the transaction costs with hundreds of currencies would probably be too high).

Especially in today’s age of Bitcoin and other cryptocurrencies, this idea has found new popularity—some even see the electronic currencies as the realization of Hayek’s vision.

5. The Impossibility of Social Justice

Firing Line with William F. Buckley Jr.: Is There a Case for Private Property? (1977) (YouTube)

The second part of Hayek’s trilogy Law, Legislation, and Liberty, covers the concept of “social justice”—not without a reason it is called The Mirage of Social Justice. But on this topic, a rare video footage of Hayek is available, namely an episode of William F. Buckley’s discussion show Firing Line.

Next to the Firing Line episode, a more detailed explanation of mine on Hayek’s arguments on social justice is available over at The Conservative Online.

The Challenge of Hayek

To read Hayek’s works can be an unexpected challenge and many are discouraged quickly to continue reading. Others will stop with the conclusion that he is simply overrated—which is almost as bad as those who see him as a socialist (a different, but quite bizarre story for another time).

Considering that, one can be well advised when it comes to “Fritz” to start with some of his easier works and essays. This should not mean that his longer books aren’t worth reading—quite the opposite. Indeed, they are at least as good (including The Road to Serfdom after all). But they are hard to read and take a while to get used to.

Hayek’s thought system is as complex as little to no other thinker of the last century. Getting to know those ideas is rewarding, not just for libertarians, but for everyone. Hopefully this list will help to find an easier introduction into the thoughts of one of the greatest classical liberals in history.