Economist: The Green New Deal Is Built on Fear, Not Facts

The Green New Deal proposes to address environmental issues that are less problematic than many think. 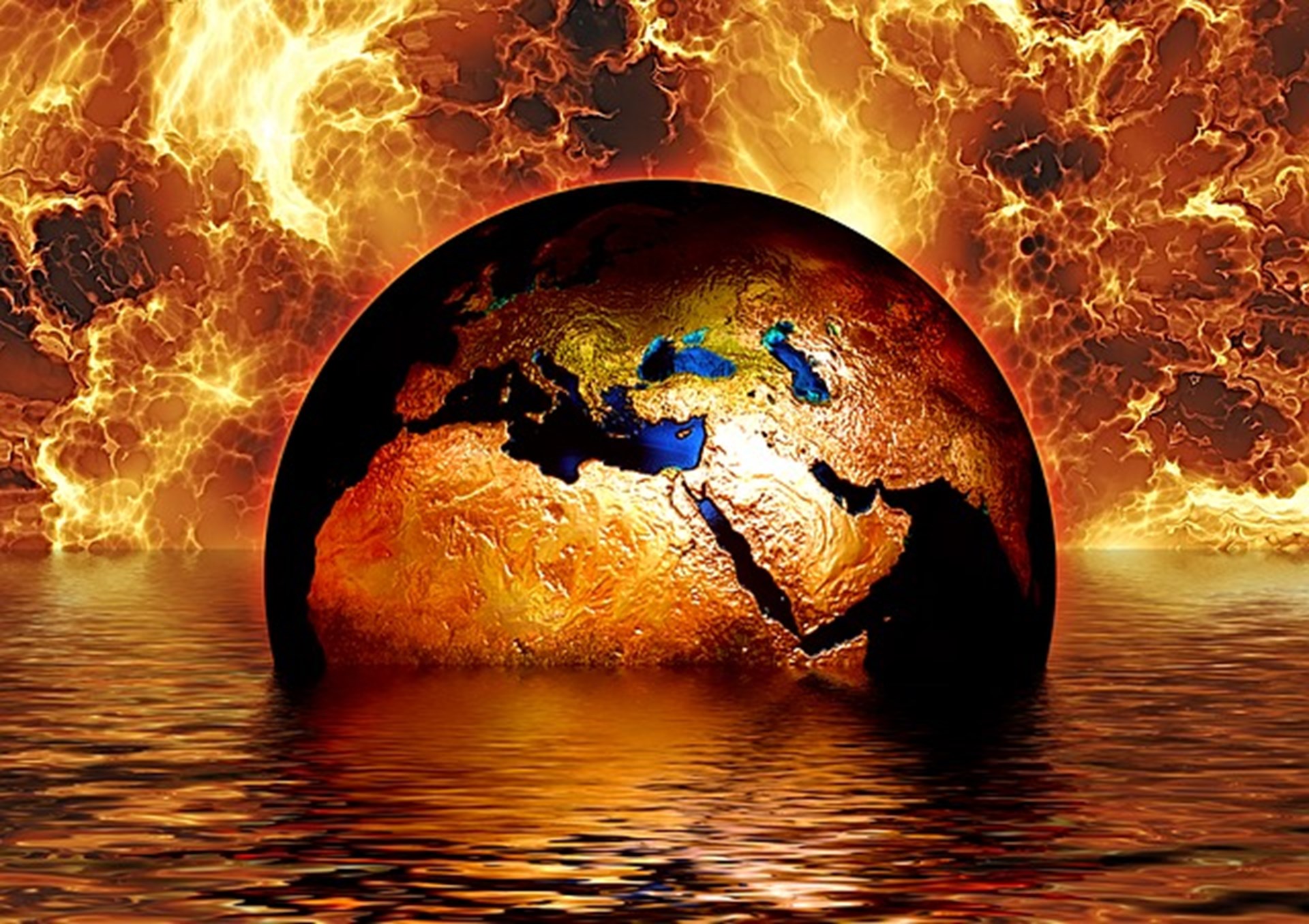 Last week, environmental activist and leader of the anti-carbon campaign group 350.org, Bill McKibben, sent a valentine to Rep. Alexandria Ocasio-Cortez and Sen. Ed Markey arguing that the Green New Deal, far from resulting in a return to the Dark Ages, would instead prevent exactly that.

He tells us that those opposed to the measure “have one plan for dealing with the popularity of the Green New Deal: scaring the hell out of people.” Predictably, however, McKibben does precisely what he accuses others of doing—purveying falsehoods and half-truths in order to frighten people into believing that the so-called cure for climate change is not far worse than the disease.

Embraced by the Uninformed

He begins by characterizing polling for the Green New Deal as “through the roof,” when the link he provides puts its approval at 43.7 percent (a plurality, sure, but through the roof?), and a survey by the Yale Program on Climate Change and Communication notes that “strong bipartisan support” for the measure corresponds to a whopping 97 percent of respondents who knew “a little” or “nothing at all” about it. He then links to a poll by The Nation that asked the question:

Would you support or oppose a Green New Deal to end fossil fuel use in the United States and have the government create clean energy jobs? The plan would be paid for by raising taxes, including a tax on carbon emissions.

That the question presupposes outcomes that have never happened before and are likely impossible (a massive retooling of energy provision in a decade and government creation of jobs on a net basis) is never deemed to be a problem.

The Gallery of Horrors

McKibben then presents a gallery of horrors: Hurricane Katrina, “what happened in Puerto Rico after Hurricane Maria, when most of the island went dark for months as workers struggled to rebuild power lines,” the California wildfires, the Syrian civil war, the Zika virus, child labor, and starvation. Lions and tigers and bears, oh my!

The contention that climate change has resulted in stronger and/or more intense hurricanes is far from demonstrated.

That, he says, is “what a modern Dark Ages looks like.” The chief problem with this list—at least related to those not factually wrong—is that even to the extent that these things may be in some way affected by climate change, the Green New Deal will do little if anything to address them.

The contention that climate change has resulted in stronger and/or more intense hurricanes is far from demonstrated. While one recent study purports to correlate climate change with a more rapid increase in hurricane severity since 1982 (a relatively short period given the length of the hurricane cycle and considering the National Oceanic and Atmospheric Administration, commonly known as NOAA, found the findings to be “suggestive but not definitive”), NOAA released a report less than a week before Mr. McKibben’s diatribe that found:

In summary, neither our model projections for the 21st century nor our analyses of trends in Atlantic hurricane and tropical storm activity support the notion that greenhouse gas-induced warming leads to large increases in either tropical storm or overall hurricane numbers in the Atlantic…. Therefore, we conclude that it is premature to conclude with high confidence that human activity–and particularly greenhouse warming–has already caused a detectable change in Atlantic hurricane activity.

And, of course, the duration of power loss in Puerto Rico has had more to do with the poor infrastructure in place to begin with.

The notion that California wildfires are the result of climate change has largely been rejected, and globally, studies have shown that burn areas have been decreasing over the last couple of decades.

While it has been argued that the 2007-2011 drought that struck Syria has exacerbated the conflict, few if any characterize it as a direct cause (conflict began with protests demanding democratic reforms, the release of political prisoners, and an end to corruption; religious animosity has also played a material part). And the reference to the Zika virus presupposes a northern migration of mosquitos that has not occurred and infection by a virus that has not been deemed a global threat since 2017.

The percentage of undernourished persons plummeted from 14.5 percent globally in 2005 to 10.6 percent in 2015.

As for the increase in child labor and starvation due to climate change, no such evidence exists—none. Quite to the contrary, child labor has been steadily declining, particularly in India and China due to their greater embrace of market reforms. As for starvation, it appears that Mr. McKibben has misrepresented data from the United Nations Food and Agriculture Organization (UNFAO), which reports on “undernourished people.” That is not the same thing.

To put things in perspective, the percentage of undernourished persons plummeted from 14.5 percent globally in 2005 to 10.6 percent in 2015. Their most recent estimates put the figure at 10.9 percent in 2017. This small uptick is not attributed solely to climate change but also to multiple other causes. Conflicts around the globe including not just Syria but Afghanistan, Yemen, Somalia, and a host of others not attributable to climate change have been a major factor, as has been the socialist disaster that is Venezuela.

Of course, if the UN’s IPCC climate sensitivity figures are correct, the most one could expect from a full implementation of the Green New Deal is reduced future warming of 0.137 degrees Celsius by 2100.

Having been shown the horror show of doing nothing, we are presented the unicorns and rainbows of the Green New Deal.

“What the future looks like is electric cars,” we are told, “[that] outperform combustion vehicles on every metric.” Apparently, he has never heard of the range constraints, particularly in colder weather, of electric vehicles or the higher average costs of repair. Given that 3 percent of those surveyed had heard “a lot” about the Green New Deal, it seems the most effective plan for dealing with its current popularity is to simply present the facts.And we are told that “they cost less to own and operate,” but there is a caveat to that left unmentioned. According to a University of Michigan study, it costs, on average, about 43.4 percent as much to operate an electric car than it does one with an internal combustion engine, as electricity is so much cheaper in relative terms.

But the likelihood of that remaining the case once the Green New Deal eliminates electricity generation from fossil fuels (currently 63 percent) and nuclear sources (currently 20 percent) rapidly approaches zero.

“What the future looks like is mass transit,” we were told two days after the California governor canceled much of the boondoggle that is the high-speed rail project. You can’t make this stuff up.

McKibben would have you believe that adopting these things is “easy to do” and “costs pennies on the dollar compared to the future,” but as he demonstrably cannot get his facts right about conditions as they exist now, I find it hard to accept his assessment of the future at anywhere near face value.

Given that a mere 3 percent of those surveyed had heard “a lot” about the Green New Deal, it seems the most effective plan for dealing with its current popularity is to simply present the facts. You won’t be getting them from Bill McKibben.

William E. Fleischmann is an economist and financial professional with more than thirty years of experience in banking, insurance, and healthcare. Bill has a passion for economic history and, in particular, the extensive harm done by minimum wage laws.