Economic Liberty and the Rise and Fall of Nations

Chile's on the rise. Unfortunately, most of Europe isn't.

I wrote recently about the most recent OECD numbers on “Average Individual Consumption” in member nations. 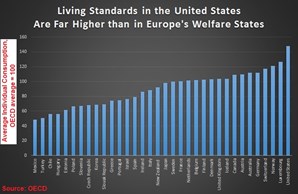 There was a very clear lesson in that data about the dangers of excessive government. The United States was at the top in this measure of household living standards, not because American policies are great, but rather because huge welfare states in Europe have undermined economic vitality on the other side of the Atlantic.

Indeed, the only countries even remotely close to the United States were oil-rich Norway and the two tax havens of Switzerland and Luxembourg.

Those AIC numbers gave us an interesting snapshot of relative living standards in 2014.

But what would we discover if we looked at how that data has changed over time?

It appears that the OECD began assembling that data back in 2002. Here’s a table showing how nations rose or fell, relative to other OECD nations, since then. Based on convergence theory, one would expect to see that poorer nations enjoyed the biggest relative gains, while richer nations fell in the rankings. And that is what generally happened, but with some notable exceptions. 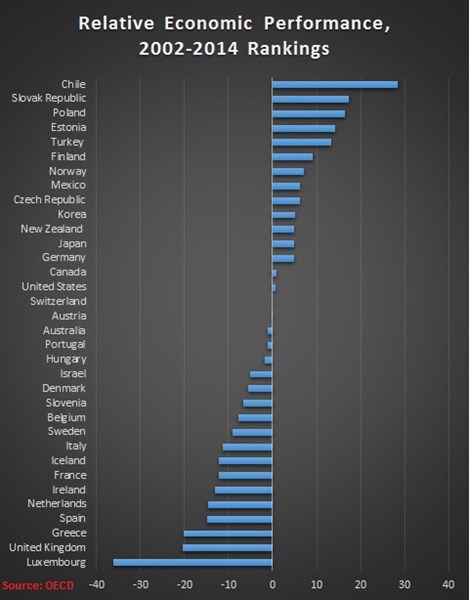 Here are the countries that did not conform, for either good reasons or bad reasons, to convergence theory.

We’ll start with the nations that have bragging rights.

Now for the nations that did not fare well.

If you like this kind of data on whether nations are trending in the right direction or wrong direction, I’ve also tinkered with the data from Economic Freedom of the World.

Last year, I highlighted countries that have made significant moves in the EFW rankings, including oft-overlooked success stories such as Israel and New Zealand. 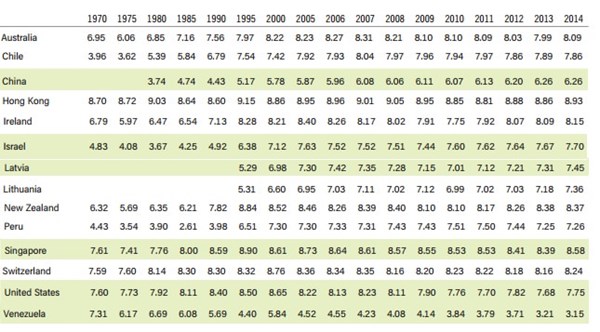 I also looked specifically at changes in Europe this century and did not find any reason for optimism.

The bottom line is that there’s no substitute for free markets and limited government. If nations want faster growth and more prosperity, they need to mimic jurisdictions such as Hong Kong and Singapore.

Unfortunately, there’s very little reason to be optimistic about that happening in Europe.