When will we stop throwing money at a problem that money won't solve?

But is more money really the answer? Or is the problem with the structure of forced schooling itself?

An article last week in The Atlantic echoes the refrain that more dollars equal better education. The article highlights recent remarks by Harvard University professor and filmmaker Henry Louis Gates Jr., who states that more money for poor school districts and more money for teachers in those school districts will lead to better education outcomes, particularly for disadvantaged youth.

Gates says: “We have to have a massive revolution in public education in the United States.” He suggests: “Bus the dollars from the rich school districts to the poor districts. We need to allocate the same amount of money per student per school.”

But does more money for poorer schools actually work?

There was no difference between the schools that received the grants and those that did not.

A U.S. Department of Education (DOE) report issued two days before President Obama left office raises question marks about the correlation between money and education outcomes. The report highlights the results of the School Improvement Grants, a program in place since President George W. Bush’s administration but that President Obama resuscitated and expanded in an effort to help the country’s underperforming schools.

According to The Washington Post, this block grant program was “the largest federal investment ever targeted to failing schools,” sending $7 billion of taxpayer money into the program between 2010 and 2015.

The DOE report found that despite this infusion of federal dollars into the nation’s worst schools, there was no difference in test scores, graduation rates, or college enrollment between the schools that received the grants and those that did not.

A comprehensive 2014 report by the CATO Institute reviewed 40 years of data on per pupil student expenditure and academic outcomes. It found that while spending has skyrocketed, education outcomes remain poor: 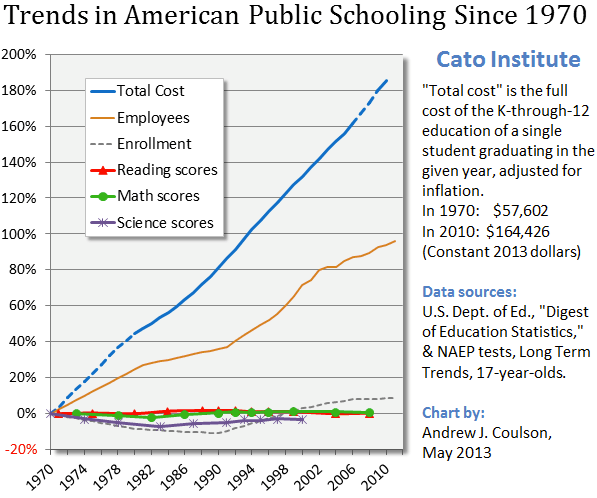 I agree with Professor Gates that we need a “massive revolution in public education in the United States”; but I disagree that allocating more money for forced schooling is the answer. Empowering parents and expanding education choices for all young people could be just the education revolution we need. 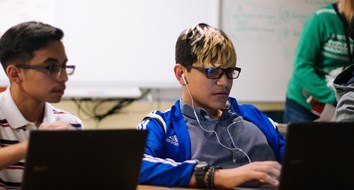 With KaiPod, Parents Decide What Their Children Learn