Do Central Bankers Know What They're Doing Anymore?

"The only way out is for the US Fed to summon the courage to lead the way to higher interest rates." 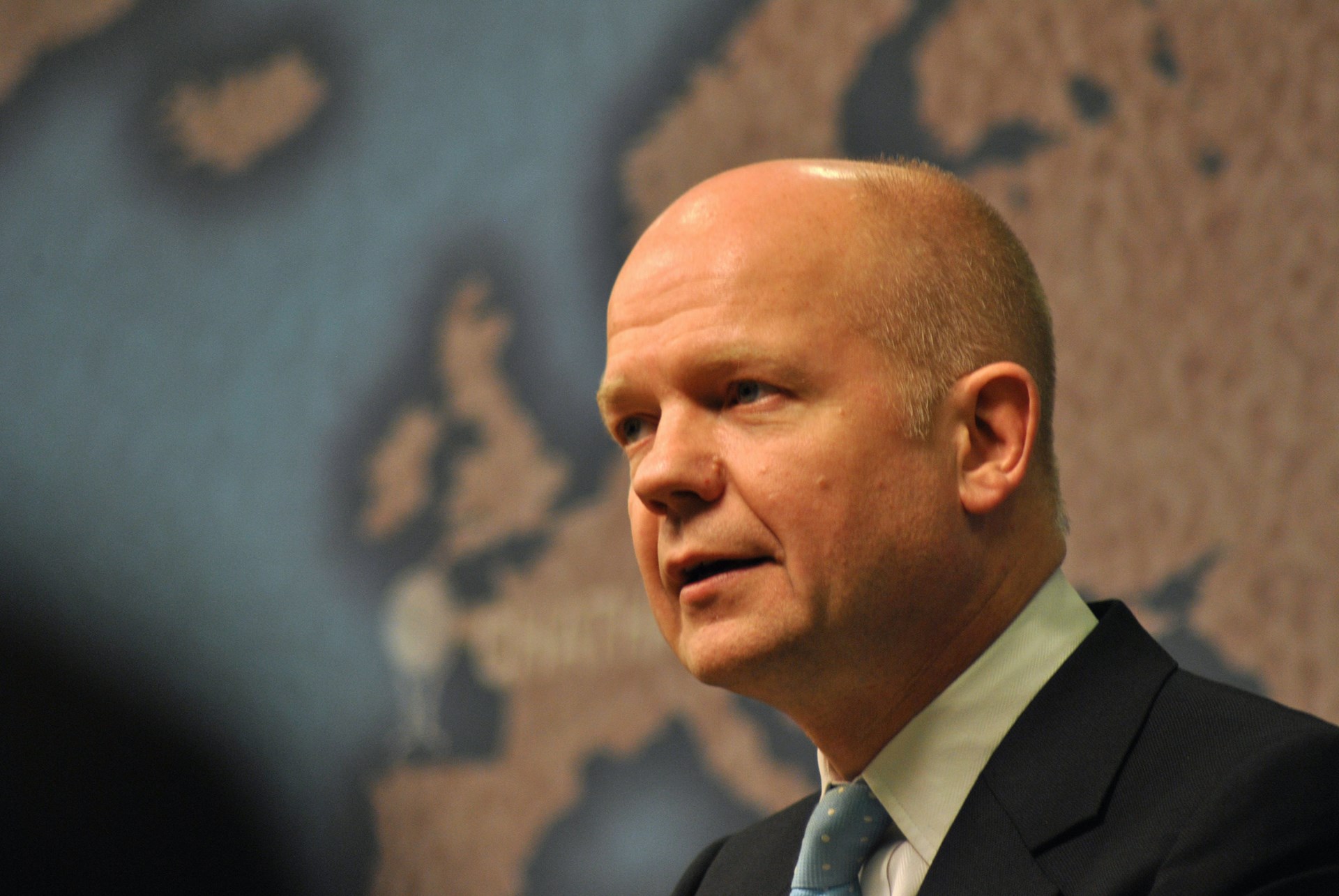 Recently, the UK Daily Telegraph ran a remarkable Op-Ed written by William Hague, the just-retired Conservative politician and former UK Foreign Secretary. The title alone was startling: “Central bankers have collectively lost the plot. They must raise interest rates or face their doom.”

Now I confess that I may be a little biased. Lord Hague’s article made many of the same points that Martin Hutchinson and I set out in a paper we have just prepared for Cato's 34th Annual Monetary Conference next month, “From Excess Stimulus to Monetary Mayhem,” and I am pretty confident that he hasn’t seen our draft. What encourages me most about his piece is that it hints that the monetary policy Zeitgeist is changing — the failures of recent central bank policies are becoming increasingly obvious to anyone without a completely closed mind. The Overton Window might, at last, be moving in our direction.

In this post, I would like to summarize his argument and offer a few observations of my own.

He begins with a nice little nugget about the Tories’ response to Gordon Brown's pronouncement, on the heels of Labour’s landslide election victory in 1997, that the Bank of England would be operationally independent of governments:

We [the Tory “survivors”] decided not to demur. In private, we had considered doing the same thing ourselves. The idea that central banks should be free of political pressures and the electoral cycle as they set interest rates had become a prevailing one across the world — with good reason after the many wild swings in inflation and interest rates over previous decades.

Many of us had guessed what the Tory leadership was thinking on this issue, but it is good to see it confirmed.

Hague goes on to suggest that central bankers have badly misused the powers that were granted them and are “now in deep trouble,” continuing to pursue “emergency policies” that are “becoming steadily more unpopular and counter-productive.” Unless a course correction comes soon, central bankers “will find their independence increasingly under attack.” He continues:

In 2008 the central banks reacted to a massive crisis they had completely failed to foresee by cutting rates to record lows and embarking on “quantitative easing” … The trouble is that eight years later they are, to varying degrees, still doing it. Like doctors keeping their patients on a drip many years after an operation, they are losing credibility and producing very dangerous side effects.

To use the Marxist phrase — although one that Hague did not use — central banks are facing a legitimation crisis.

He then outlines no less than 10 serious drawbacks from ZIRP and QE that could be “politically explosive or economically unwise if continued indefinitely”:

I am not an economist but I have come to the conclusion that central banks collectively have now indeed lost the plot. The whole point of their independence was that they could be brave enough to make people confront reality. Yet in reality, they are blowing up a bubble of make-believe money to avoid immediate pain, except for penalizing the poor and the prudent.

Non-economist or not, Hague’s economic analysis is far better than anything I have seen published by any central bank outside of the Bundesbank.

He goes on to explain that he had put this view to senior staff at a major Far Eastern central bank — my guess the Bank of Japan. He was then astonished to discover that they agreed with him, but explained that no single central bank could reverse these policies without causing a recession for their own country, unless there was a coordinated move by all central bankers to gradually raise interest rates. He wryly notes:

The policies of any one central bank may well be perfectly rational ... But so is a decision by any one sheep to run with the flock when in danger. The trouble is that the whole flock might be heading for a cliff.

He then sticks the boot into the argument that interest rates are low merely because of a global savings glut: even if interest rates have to be low because of such a glut, that does not mean those rates have to be driven to zero or subzero levels as they are now. Then he turns on those central bankers who argue that their mandate is only to keep inflation low and that they are merely doing a technical job:

I have bad news for them. The accumulating effects of loose monetary policy globally are intensely political. When pension funds renege on promises, or inequality widens further, or savers become desperate, huge public and political anger is gong to burst over the heads of the world’s central banks.

Finally, he calls on the biggest sheep of them all to wake up to the problem and lead the others away from the cliff before they all go over:

The only way out is for the US Fed to summon the courage to lead the way to higher interest rates, and others to follow slowly but surely. If they fail to do so, the era of their much-vaunted independence will come, possibly quite dramatically, to its end.

Lord Hague’s elegant analysis provides a much-needed wake-up call. Unfortunately, if there is any indication that the Fed is listening, I must have missed it.

More Than One Way

Where I would slightly beg to differ from Hague is where he claims that no central bank other than the Fed can do anything useful because the collective herd mentality is too strong to resist.

Not so. Such pressure is difficult to resist, but it is not impossible, and I wouldn’t listen too much to Japanese central bankers whose funny money fantasies are increasingly delusional. Fortunately, the Bank of Canada has shown that less extreme policies can be implemented even in this international environment, and the Bundesbank has been valiantly resisting the pressures for ever looser monetary policies in Europe.

"The only way out is for the US Fed to summon the courage to lead the way to higher interest rates."Going back to the UK, there is no sign that the Bank of England is open to his message either: on the contrary, the Bank’s Monetary Policy Committee recently voted to reduce Base Rate to its lowest level ever and expand QE, and the senior management of the Bank are too invested in the inherently self-contradictory “we have fixed the banking system but still need more QE” narrative to ever acknowledge that they have had it all wrong all along.

Were I advising the Chancellor, I would be advising him to install a new senior management team in the Bank, reassert control over the Bank with a view to raising interest rates, and prepare contingency plans against the renewed financial crisis that some of us have been warning about for years. But I have zero confidence in the capabilities of either the Bank of England or the UK Treasury to do the analysis properly. That the Bank of England is discredited is amply proven by their demonstrably flawed — because empirically falsified — narrative about UK banks’ capital positions and the Bank’s laughable stress tests. That the Treasury lost its credibility is clear from its alarmist Brexit reports, which were as credible as Tony Blair’s infamous dodgy dossiers.

But just because the authorities are not listening to Lord Hague’s warnings does not invalidate them. (Hague does not, however, address some of the very serious issues with how central banks should change policy, but I hope to address these in one or more future posts.) That is the problem in a nutshell.

This first appeared at Alt-M.

Kevin Dowd is an adjunct scholar at the Cato Institute, and a professor of finance and economics at Durham University in England. He holds a Ph.D. in economics from Sheffield University.