The Arena is a monthly debate feature designed to help readers explore issues of concern to classical liberals/libertarians.

FEE’s mission is to inspire, educate, and connect future leaders with the economic, ethical, and legal principles of a free society. Since 1946, FEE has been the home to explore the ideas of liberty, anything that's peaceful. Keep on top of our debates, articles, and events for students by joining our monthly email list or following us on Facebook and Twitter.

We Should Abandon the Term "Capitalism" 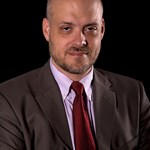 Some people, of course, think this is obviously what “capitalism” means. And I can’t prove they’re wrong, because the word means different things to different people. I’m confident, though, that even if advocates of liberty intend to communicate the message that they’re supporting free exchange by saying they embrace “capitalism,” it might make sense for them just to pick another word.

That’s because “capitalism” carries a lot of baggage—much of it negative. It is unclear when the English word “capitalism” was first employed. According to the Oxford English Dictionary, William Makepeace Thackeray used it (in a neutral sense) as early as 1854–55 in his novel The Newcomes. It was being used in a critical sense much earlier than that, however. For instance, it was repeatedly used with a negative connotation by the radical free-market writer Thomas Hodgskin as early as 1825. In his 1827 book Popular Political Economy, he even speaks, in surprisingly modern tones, about “greedy capitalists”!

Obviously, the fact that one pro-market writer used “capitalist” or “capitalists” negatively doesn’t prove that the word is irremediably tainted. But I’ve mentioned Hodgskin to point out that these words have been used pejoratively for a long time, and not only by opponents of free markets. Today, I think it’s pretty clear that many people who talk about “capitalism” or “capitalists” aren’t thinking about freedom at all.

For instance: Mainstream print and electronic media regularly use “capitalism” to refer to “the economic system we have now.” And it’s relatively common to hear “capitalism” employed as a synonym for dominance of workplaces and society by the owners of substantial capital assets. Advocates of liberty don’t need to be identified as supporters of capitalism in either of these senses.

As libertarian philosopher Roderick Long points out, a particularly mischievous use of “capitalism” occurs when people use the term to mean, in effect, both “free exchange” and either “the status quo,” “rule by capitalists,” or both. In this sense, “capitalism” is a “package-deal” concept that links two independent ideas and treats them as if they necessarily belonged together. Advocates of liberty have every reason not to support this use of “capitalism,” unless they want to endorse the dubious notion that free markets involve privilege and lead to hierarchy, abuse, and poverty.

To a very significant degree, the economic system we have now is one from which many peaceful, voluntary exchanges are absent. An interlocking web of legal and regulatory privileges benefits the wealthy and well-connected at the expense of everyone else (think patents and copyrights, tariffs, restrictions on banking, occupational licensing rules, land-use restrictions, etc.). The military-industrial complex funnels unbelievable amounts of money—at gunpoint—from ordinary people’s pockets and into the bank accounts of government contractors and their cronies. Subsidies of all kinds feed a network of privileged businesses and non-profits. And the state protects titles to land taken at gunpoint or engrossed by arbitrary fiat before distribution to favored individuals and groups.

No, the economies of the United States, Canada, Western Europe, Japan, and Australia, at least, aren’t centrally planned. The State doesn’t assert formal ownership of (most of) the means of production. But the State’s involvement at multiple levels in guaranteeing and bolstering economic privilege makes it hard to describe the economic system we have now as "free." So if “capitalism” names the system we have now, anyone who favors freedom has good reason to be skeptical about capitalism.

The privileges that mark the existing economic order, whatever we call it, disproportionately benefit those with the most political influence and the greatest wealth. And the network of privileges preserved by the State tends in various ways to boost the privileges of capitalists in the workplace. As regards the workplace: State-secured privilege reduces the possibility of self-employment (by raising capital requirements and otherwise increasing costs of entry, while simultaneously reducing the resources people might be able to use to start and maintain their own businesses). It also imposes legal restraints on union activity that reduce workers’ capacity to bargain effectively with employers, including legislation like the Wagner Act, which tames unions and reduces their non-violent bargaining options. By reducing alternatives to paid work and reducing workers’ collective bargaining opportunities, the State substantially increases employers’ leverage. In short: Dominance of workplaces and of society by “capitalists” as it occurs today depends on government mischief. Again, if this is “capitalism,” proponents of freedom have no reason to embrace it.

Of course, someone could argue that, while “capitalism” is frequently used to refer to objectionable social phenomena, it just as frequently refers to an economic system to which freedom is truly central. Some people do use it this way. But the negative usage has been around for a long time and is very common today. The word is tainted. And when people in the streets of countries throughout the developing world chant out their opposition to “capitalism”—meaning, in reality, not genuine freedom but rather unjust dominance by Western powers and their privileged corporate cronies—I think it’s vital for advocates of liberty to be able to make clear that the system of statist oppression the protestors are naming isn’t the system we favor.

Contributors to the Wall Street Journal’s editorial pages, commentators on Faux News, and other spokespersons for the political and economic elite may continue to use “capitalism” for whatever it is they say they favor. They’re not libertarianism’s natural allies, and there’s no reason for libertarians to emulate them. Support for free markets is quite consistent with saying good-bye to “capitalism.”

Gary Chartier is a professor of law and business ethics and associate dean of the Tom and Vi Zapara School of Business at La Sierra University in Riverside, Calif. He is the editor of Markets Not Capitalism.

We Should Stand By the Term "Capitalism" 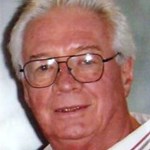 Awhile back I got caught up in a fracas about using the term “capitalism” to mean the free market, a fully voluntary system of economic relations. It didn’t surprise me since I am aware that complicated matters often need to be discussed, well, at length and in complicated ways. So when one just refers to some system as “capitalist” or “democratic” or “socialist” or “libertarian,” one is likely to start a dispute as to just what the term is to mean in the language in which such issues are to be discussed. Now I find myself in another such debate.

For most of my life and career, much of it entangled in writing about political economy, I have taken “capitalism” to mean just that, the free market—a fully voluntary system of economic relations.

No such system has ever existed, of course, and yet the term is often used to refer to certain extant economies, such as those of England, the United States, Australia, Hong Kong (prior to its return to China), and so forth. Some even call today’s version of “communist” China a capitalist country. And with a bit of generosity this is no big problem. Such uses of “capitalist” or “capitalism” amount to indicating some of the most basic and distinctive features of a country’s economic order without at all implying that the country is adhering thoroughly to  the principles of capitalism as a fully developed, consistently implemented economic order conceived by those who champion it without compromise.

I like to compare this to using the term “marriage,” since most marriages do not at all conform to the version of that institution that one has in mind in one’s most romantic imaginings. Yet, we use “marriage” or “married” without constantly having to qualify it with such terms as “more or less,” “troubled,” “half-baked” or the like. We just say, “Harry and Susie are married,” realizing that what that amounts to in their case may not be the pure thing of romance novels.

There is a problem, however, since unlike most uses of “marriage” or “married” (other than in the gay marriage debate), “capitalism” or “capitalist” rarely occur in nonpartisan contexts. Those using the terms are usually either critics or champions. The critics will mostly zero in on what they regard as the liabilities of capitalism; the champions laud only the assets, not bothering to make very clear what the central or core aspect of the system is. Even when one spells it out, however, there will be those who will look for a chance to besmirch capitalism and those who will admit to no possible problems with it at all.

I am not going to clear all this up here, but I would recommend, strongly, that when such terms are used, a bit of time and space be reserved to offering some details, some qualifiers, such as, “I do not have in mind state- or crony- or a similar version of capitalism, but the unsullied sort we find in such advocates as Ludwig von Mises or Ayn Rand.” Sure, this may not pacify the determined critic and such a person is likely to associate capitalism with all kinds of features that no one who is honest would claim are a part of it. Thus, in a recent letter to me, in response to a column I wrote, someone insisted that capitalism must involve massive theft by the rich! And this zero-sum idea about capitalism is evident in many discussions, even though it is wrong.

Of course, one can do a similar thing with all systems one does not favor, such as socialism or communism, and focus only on, say, the Soviet or North Korean version, not admitting that some forms may be rather mild and peaceful, such as the kind that we find in many a kibbutz or commune or Scandinavia. It’s not that these will have escaped all the liabilities of a system in which the means of production are publicly owned, but they may have managed to deal with them less harshly than the Soviets did when they collectivized Russia’s farms.

Most of us do not have the time to discuss even the most important issues in full so that we take care to cover all crucial elements and avert most honest misunderstandings. But it may be worth giving it a try if it is likely to secure a civilized discussion instead of what turns out to amount to a mere slinging of political ad hominem, which pretty much accounts for the enormous number of books published on controversial topics.