Crossing the Welfare State With the Carbon Tax

Proponents think this is the palatable answer to climate change, but it's not as simple as trading regulations for a tax.

I don’t have strong views on global warming. Or climate change, or whatever it’s being called today.

But I’ve generally been skeptical about government action for the simple reason that the people making the most noise are statists who would use any excuse to increase the size and power of government. 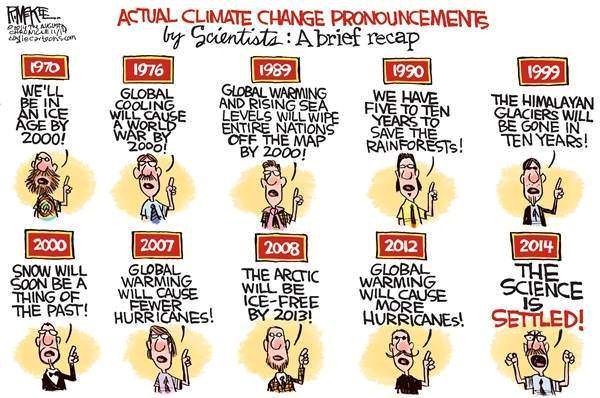 To be blunt, I simply don’t trust them. In Washington, they’re called watermelons – green on the outside (identifying as environmentalists) but red on the inside (pushing a statist agenda).

But there are some sensible people who think some sort of government involvement is necessary and appropriate.

George Shultz and James Baker, two former Secretaries of State, argue for a new carbon tax in a Wall Street Journal column as part of an agenda that also makes changes to regulation and government spending.

…there is mounting evidence of problems with the atmosphere that are growing too compelling to ignore. …The responsible and conservative response should be to take out an insurance policy. Doing so need not rely on heavy-handed, growth-inhibiting government regulations. Instead, a climate solution should be based on a sound economic analysis that embodies the conservative principles of free markets and limited government. We suggest…creating a gradually increasing carbon tax…, returning the tax proceeds to the American people in the form of dividends. And…rolling back government regulations once such a system is in place."

A multi-author column in the New York Times, including Professors Greg Mankiw and Martin Feldstein from Harvard, also puts for the argument for this plan.

On-again-off-again regulation is a poor way to protect the environment. And by creating needless uncertainty for businesses that are planning long-term capital investments, it is also a poor way to promote robust economic growth. By contrast, an ideal climate policy would reduce carbon emissions, limit regulatory intrusion, promote economic growth, help working-class Americans and prove durable when the political winds change. …Our plan is…the federal government would impose a gradually increasing tax on carbon dioxide emissions. It might begin at $40 per ton and increase steadily. This tax would send a powerful signal to businesses and consumers to reduce their carbon footprints. …the proceeds would be returned to the American people on an equal basis via quarterly dividend checks. With a carbon tax of $40 per ton, a family of four would receive about $2,000 in the first year. As the tax rate rose over time to further reduce emissions, so would the dividend payments. …regulations made unnecessary by the carbon tax would be eliminated, including an outright repeal of the Clean Power Plan."

They perceive this plan as being very popular.

Environmentalists should like the long-overdue commitment to carbon pricing. Growth advocates should embrace the reduced regulation and increased policy certainty, which would encourage long-term investments, especially in clean technologies. Libertarians should applaud a plan premised on getting the incentives right and government out of the way."

I hate to be the skunk at the party, but I’m a libertarian and I’m not applauding. I explain some of my concerns about the general concept in this interview.

However, the plan that’s being promoted by Shultz, Baker, Feldstein, Mankiw, etc, doesn’t have two good ideas and one bad idea. They have the good regulatory reduction and the bad carbon tax, but instead of using the revenue to finance a good tax cut such as eliminating the capital gains tax or getting rid of the corporate income tax, they want to create universal handouts.

They want us to believe that this money, starting at $2,000 for a family of four, would be akin to some sort of tax rebate.

That’s utter nonsense, if not outright prevarication. This is a new redistribution program. Sort of like the “basic income” scheme being promoted by some folks.

And it creates a very worrisome dynamic since people will have an incentive to support ever-higher carbon taxes in order to get ever-larger checks from the government. Heck, the plan being pushed explicitly envisions such an outcome.