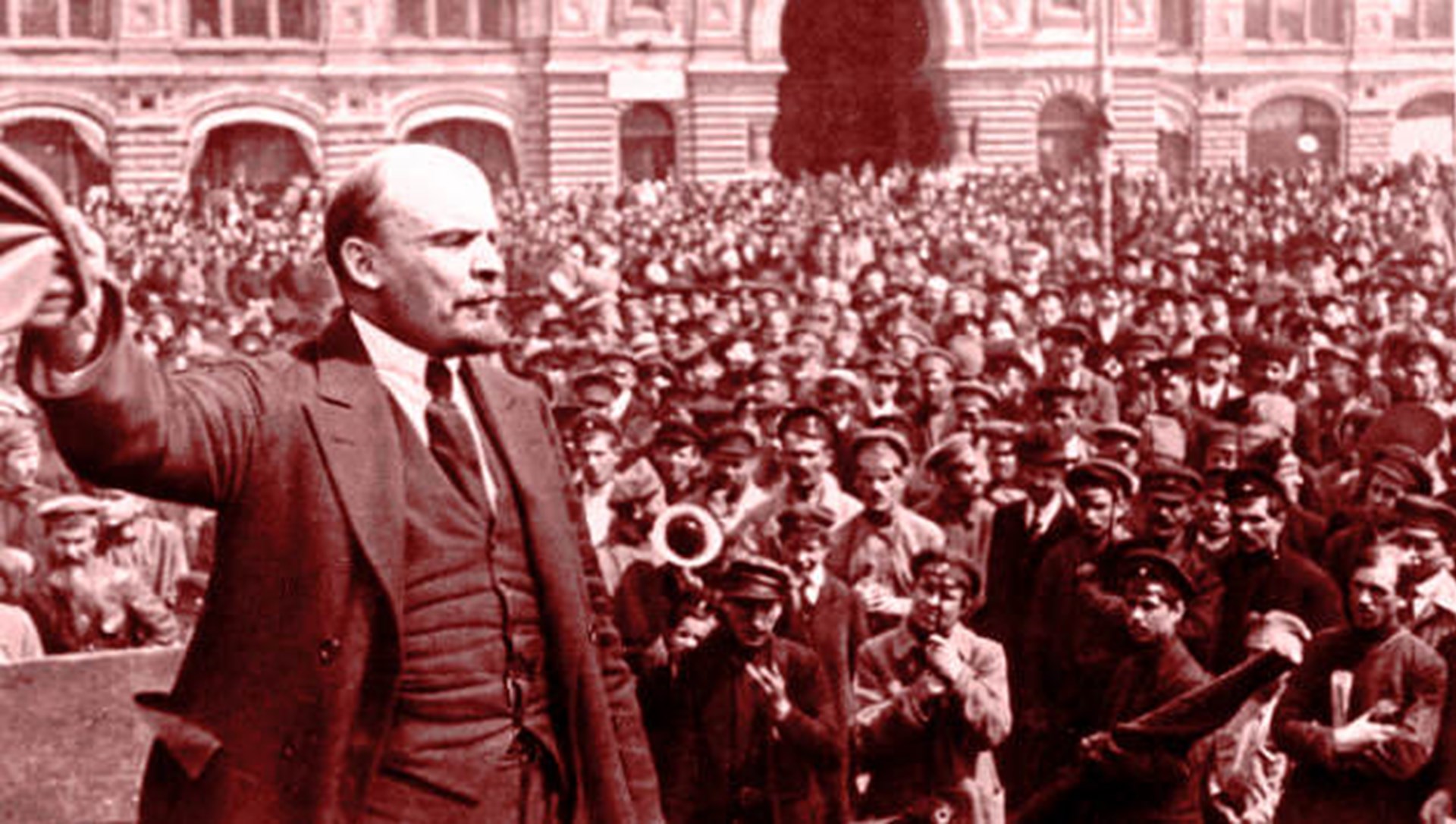 One hundred years ago this month, a train pulled by locomotive No. 293 arrived at the Finland Station in Petrograd (St. Petersburg). Though it was late at night, a large crowd waited waving red flags and flowers. Within a sealed railcar was a passenger who would soon become dictator of the world’s first Marxist state: Vladimir Ilyich Ulyanov, better known as Lenin.

Only 33 percent of millennials are familiar with Lenin. Of those who are familiar, 25 percent view him favorably.

Returning from a decade in exile, he was jubilantly greeted by socialist comrades, old and new, who a month earlier had deposed Nicholas II. “The Russian Revolution achieved by you,” Lenin declared at the station, “has opened a new epoch.” A new epoch, to be sure, but certainly not a better one for the more than 100 million people who, over the course of the next century, would be tortured, persecuted, and murdered in the name of communism.

Tragically, these facts are controversial to some—and even unknown by many—in 2017. In particular, a large swath of the millennial generation is unaware of and indifferent to the horrors and deceits of communism as well as those of its fellow-traveling collectivist ideology, socialism.

A recent study conducted by YouGov found only 33 percent of millennials are familiar with Lenin. Of those who are familiar, 25 percent view him favorably. The study also revealed, among other disturbing insights, that 32 percent of millennials believe more people were killed by the administration of George W. Bush than the regime of Joseph Stalin, which was responsible for no fewer than 15 million deaths.

Influenced by educational and cultural systems hostile to free-market economics and willing to whitewash the human toll of Marxism, young Americans are increasingly turning to socialism and other forms of extremist ideology. In a 2016 poll by Harvard University, 33 percent of respondents between the ages of 18 and 29 said they supported socialism while 51 percent said they opposed capitalism. Alarming also are the findings that only 25 percent of millennials now believe that living in a democracy is essential, down from 75 percent for their grandparents’ generation.

At the same time, polls suggest that young people value equality more than democracy. From these data we can infer that many millennials care deeply about the state taking care of them, even if it undermines democratic processes. In a word, collectivism.

In fact, our foundation has tracked the growth of dozens of neo-Marxist organizations active on college campuses and in urban protest movements. Their membership is growing and may now be as high as several hundred thousand. Not surprisingly, these groups are revisionist on U.S. history and spread 21st-century propaganda on American social media—messages crafted or borrowed from those transmitted in Havana, Beijing, and even Pyongyang.

Senator Bernie Sanders and other leaders of a newly emergent left deploy the phrase “democratic socialism” as their new ideal. Yet one word, a mere rhetorical modifier connoting noble intent and good governance, should not suffice when it remains unclear how their vision differs from the bloody and economically disastrous socialism experienced by nearly 40 nations in the last hundred years.

But the problem of historical distortion and misperception runs deeper. Last month, the university press of the Massachusetts Institute of Technology – ranked the seventh-best university in the country by U.S. News & World Report – released Communism for Kids. By Bini Adamczak, a Berlin-based social theorist and artist, the book “presents political theory in the simple terms of a children’s story, accompanied by illustrations of lovable little revolutionaries experiencing their political awakening.” The “lovable little revolutionaries,” beginning with Lenin, continuing through Che Guevara and Mao Zedong, and remaining with us today from Pyongyang to Caracas, have inflicted misery on the lives of hundreds of millions.

The soil of ignorance and envy bears not fruit but thorns.

Today, hammer and sickle flags once again flutter above the Crimean Peninsula. In socialist Venezuela, workers are now forcibly relocated to collective farms in coercive efforts to remedy the man-made famine now emaciating the once-prosperous country. In Hong Kong, for the first time in history, Mao is portrayed in textbooks as a socialist hero—not a mass murderer. It was this Beijing-mandated revised history curriculum that sparked the 2014 student protests known as the Umbrella Movement.

In 1919, two years after Lenin’s return to Russia, Lincoln Steffens, eminent muckraker and co-founder of The American Magazine, spent three weeks touring the then newly-established Soviet Union. Enthralled by what he had witnessed, he boasted back home, “I have seen the future, and it works.” The “it,” of course, was communism.

Before long, “the Russian experiment” devolved into tyranny of unprecedented scale marked by famines, forced labor, show trials, and the brutal repression of opposition. Although Steffens himself jettisoned communism by the early 1930s, he would forever serve as a punching bag for his botched prophecy.

Yet he wasn’t entirely wrong. While communism clearly failed to bring utopia, Steffens had in fact, tragically, previewed “the future.” The Soviet Union lasted another seven decades and today, one-fifth of the world’s population still lives under single-party communist regimes in China, Cuba, Laos, North Korea, and Vietnam. The century of Communism began 100 years ago. The ideology responsible for more deaths than any ideology or religion in human history continues to exact a tragic human toll.

In a perverted distortion of Lincoln’s aspiration for America, these regimes work every day to ensure that governments of the party, by the party, for the party shall not perish from the earth.

More Americans must stand up to defend the truth about what has happened and what is happening when it comes to the failed ideas of collectivism, both socialism and communism. We must fight for justice where feasible, for those who were killed for ideological reasons and their families who continue to suffer. And we must fight to cultivate accurate memory about this difficult history, without which neither truth nor justice is possible. Nor, it would seem, is American democracy.

Republished from The Daily Beast.

Marion Smith is the executive director of Victims of Communism, a non-profit educational and human rights organization.