A focus on branding can help libertarians compete in the marketplace of ideas. 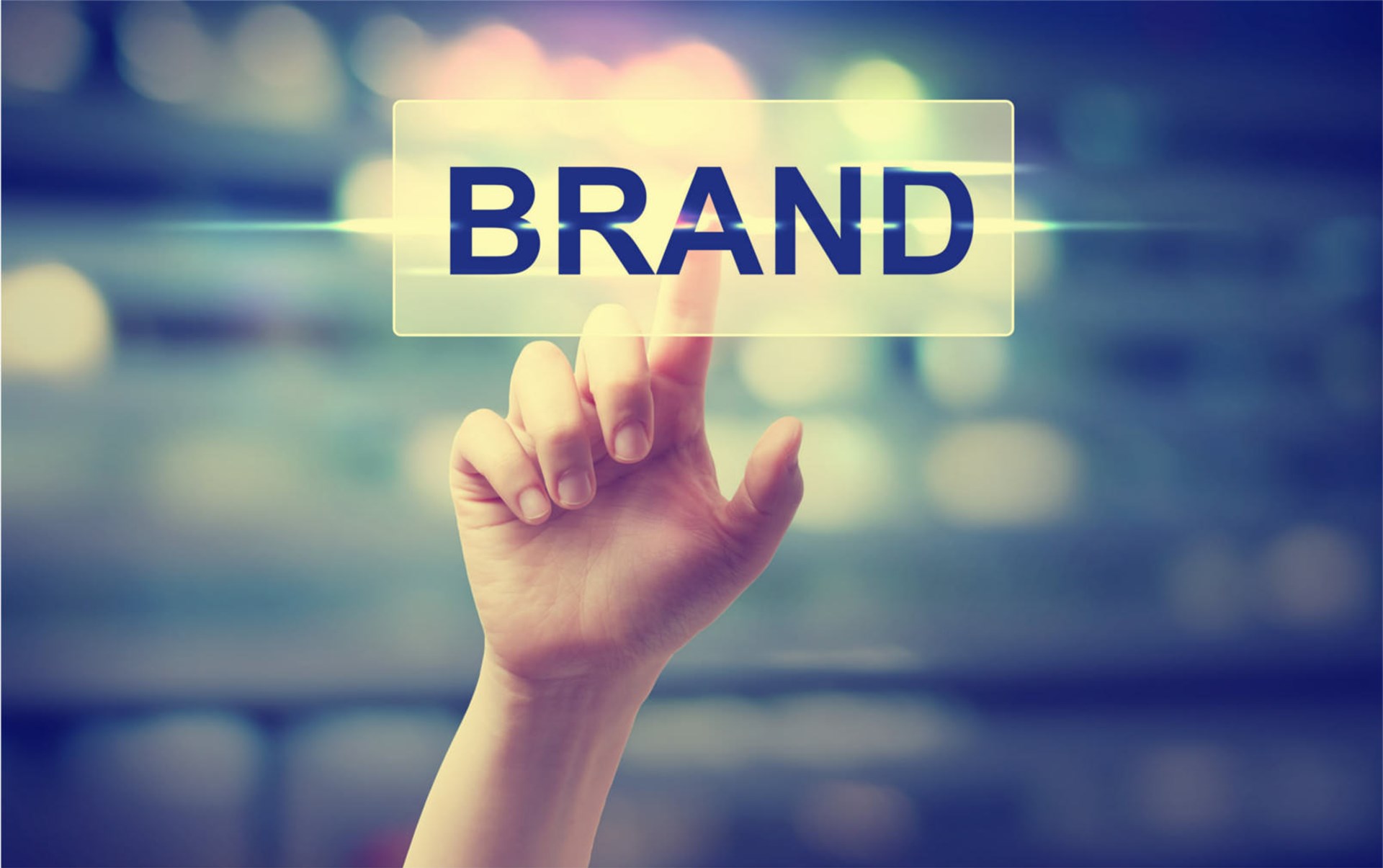 Something weird is happening this election cycle. As a libertarian, I am accustomed to being the lone voice disparaging both major party candidates during every election.

But then—all of the sudden—more people have been agreeing with me.

For the first time, many are noticing that the emperor has no clothes. A few friends who I would consider to be nonpartisan or apolitical have privately expressed their budding interest in libertarianism to me.

“All along, I thought I was a Republicrat,” a former colleague and friend of mine stated boldly, alluding to her mixture of opinions on a variety of political and economic issues. “It turns out I was libertarian all along.”

Even so, it is long past time that the topic of human liberty, consistently applied, have some presence in public life.

I was taken aback by the comment. I fully understand how unpopular the two frontrunners are, and I figured votes might head toward third parties out of spite. Never in my wildest dreams could I envision this drastic rate of conversion and pledged commitment to the Libertarian Party. Clinton and Trump most certainly earned their “Liberty Outreach Award” at the Libertarian National Convention.

The Idea and the Party

To be sure, libertarianism and the Libertarian Party are very different things. In the postwar period, libertarianism as a term was first suggested by FEE’s founder Leonard Read as an imperfect replacement for the word liberal, which had long been lost. (Later, Read came to prefer a less politicized formulation: the philosophy of freedom.) And every philosophy suffers by its association with politics and politicians, however inevitable it may be.

Even so, it is long past time that the topic of human liberty, consistently applied, have some presence in public life. And that does seem to be happening. Though too early in the game to say with much confidence, this may be that “libertarian moment” that The New York Times speculated about in 2014. With CNN drawing 1.6 million viewers for its recent Libertarian Town Hall (featuring the LP presidential ticket of Gary Johnson and Bill Weld), the appeal of libertarianism has never been more prominent.

Libertarian activists, who have been at this game for decades, are watching their counterculture face the same predicament that the punk rock scene experienced when Green Day’s 1994 album Dookie inspired a mainstream pop phenomena. For libertarian purists, Gary Johnson’s campaign is the metaphorical equivalent of a Blink-182’s Enema of the State: Though influenced by the counterculture, the product is pedestrian at best, disingenuous at worst. Bottom line, it doesn’t communicate the ethos, principles, and identity inherent in the movement.

As libertarians, do we embrace this newfound popularity? Or do we curmudgeon our way through this election, longing for the days of more principled manifestations of our core philosophical identity?

Or do libertarians—borrowing from the best practices of elite businesses—develop a unique brand identity that communicates our principles while still attracting new supporters?

Libertarians of all shapes and sizes—from the anarcho-capitalist firebrands to the wishy-washy practitioners of “libertarian light”—all tend to rally around one core philosophical assumption: the voluntary exchange of the marketplace is the best arbiter of value at our disposal. The invisible hand of the marketplace will reward effectiveness and productivity, inspire creativity, drive progress, bestow material blessings ever more widely, and push systems that are ineffective and unproductive to either adapt or fade into oblivion.

Regardless of the market barriers, relatively few Americans have bought into the libertarian brand.

If this is the case, then why aren’t libertarians recognizing the same principles are occurring in the marketplace of ideas? For anybody keeping score up until this year, libertarians haven’t won many elections. There are a handful of libertarian-leaning Republicans in Congress on the national level, two recent Libertarian Party converts on the state level, and a smattering of elected LP members mostly holding down nonpartisan posts on the local level.

If libertarians are not winning elections, isn’t it safe to say that libertarianism—as a product in the marketplace of ideas—hasn’t been a hot commodity flying off the shelves?

Granted, the marketplace isn’t entirely free. Between gerrymandering, ballot access, and the complicit partisan collusion that keeps libertarians out of national debates, the two-party duopoly has created multiple barriers of entry into this marketplace.

Regardless of the market barriers, relatively few Americans have bought into the libertarian brand. In 2014, the Pew Research Center found only 11 percent of Americans both self-identify as libertarian and understand what the term means.

However, to paraphrase a FiveThirtyEight study, there are few libertarians, but many Americans have libertarian views.

When considering individual issues in a vacuum, then, many Americans appear quite libertarian. As Gary Johnson often hypothesizes, more and more Americans are “closet libertarians, but don’t know it.”

Though the “True Scotsmen” of the liberty movement despise Johnson’s pitch of libertarianism—“fiscally conservative, socially liberal”—there is a method to his madness. As noted by FiveThirtyEight, more Americans identify with this very same label than they do with anything associated with the principles of Murray Rothbard or F.A. Hayek. (This is most likely due to the fact that nobody has heard of, let alone read either of these theorists.) As a result, more independently-minded and unaffiliated voters are rejecting the elephant and donkey, and potentially throwing their vote toward the porcupine.

It is not the intention of this author to claim that “fiscally conservative, socially liberal” should be the new tagline of the liberty movement. Far from it, actually: The bloated military budgets of conservatives and the social justice pandering of liberals smack of all things antithetical to libertarianism.

However, branding libertarianism in a manner that avoids insider jargon (non-aggression principle, “muh roads,” and other libertarian slang), and in-group code words and debates, in favor of more conventional terminology (socially inclusive, fiscally responsible, diplomatically peaceful, etc.) will help broaden the base and appeal of the liberty movement, as is the case with the Johnson campaign.

And, as a courtesy to the Radical Caucus of the Libertarian Party, this branding can be accomplished without compromising the well-established platform of the “Party of  Principle.” National campaigns can prioritize the party platform in a manner that segments messaging in short- and long-term goals. Scaling back the Drug War, stopping domestic surveillance, cutting taxes, and other more palatable policy positions will be at the forefront.

Meanwhile, abolishing federal agencies, introducing competing currencies, decriminalizing all drugs (not just marijuana), and drastically slashing entitlement programs can be shelved for a time when the voting public is more prepared for such radicalism.

Another way to look at it is to remember that people have control over their own minds. As liberty advances in one area, it can advance in other areas too. It might not be didactically necessary to explain every application of the principle. All we might need is the rise of a theme, the theme of human liberty; the variations come in time. To use another metaphor, once the snowball begins to roll in the right direction, the rest can take care of itself.

The art of picking our battles wisely denotes a political maturity that will attract voters who might have otherwise considered the brand too ideological in the first place.

This does not mean that anyone needs to shrink back from the most radical implications of the idea. It does not mean “selling out” or indulging intellectual dishonesty. The debates about the finer points will continue forever, and they should. It does mean infusing the goal of a free society with some marketing sense.

Why should libertarians care about how their brand is perceived? If libertarians ever hope to move the needle and grow the liberty movement, we should embrace a “big tent strategy” that not only confirms the brand identity of the already converted, but also inspires the previously unaffiliated to buy into the brand as well.

The future of liberty will not be minted by anarchists, Bitcoin enthusiasts, and pot-friendly Republicans alone. We need single-issue voters, independents, and the politically unaffiliated to buy into the libertarian brand as well.