A policy that gives bureaucrats a license to steal. 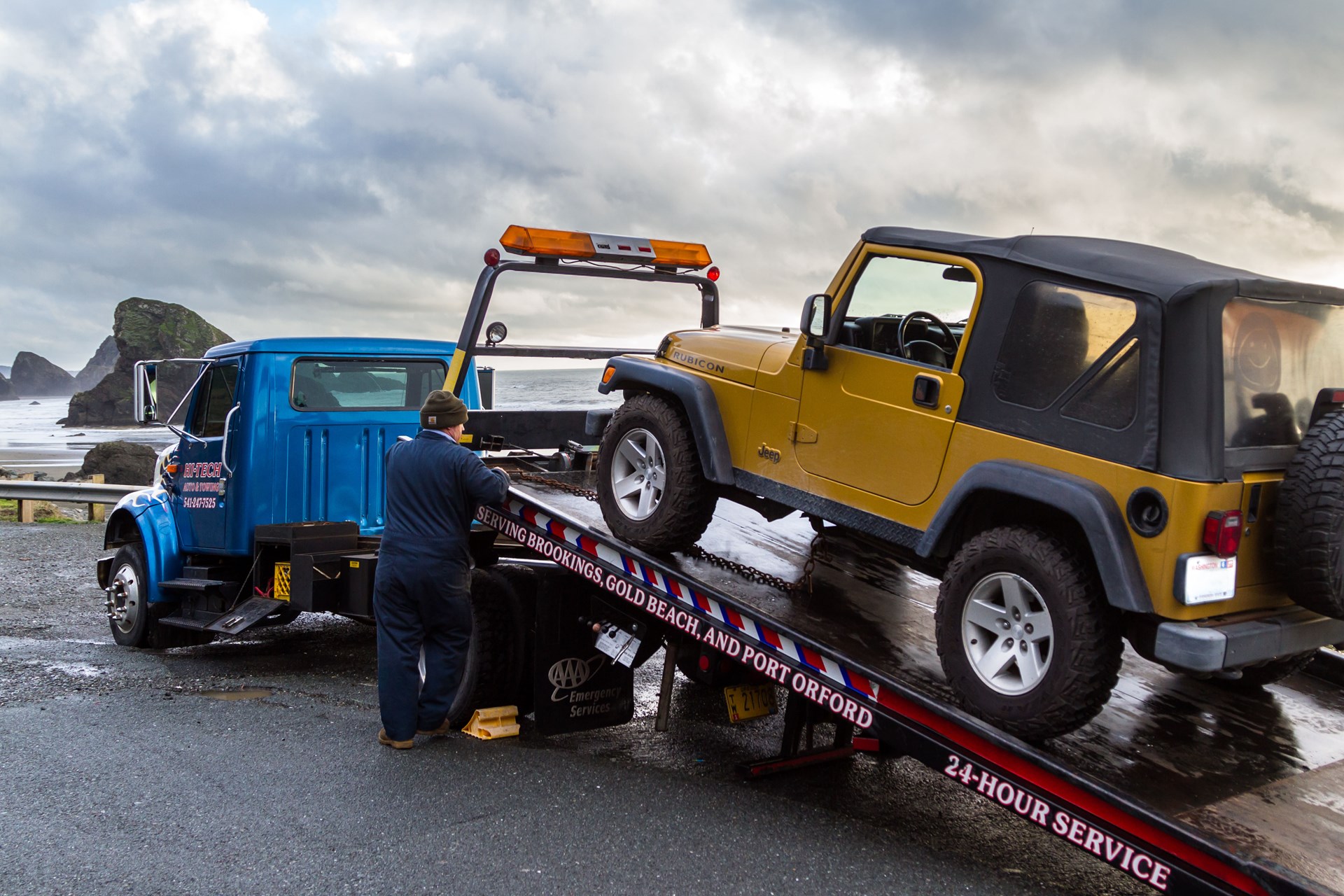 I periodically list people who have suffered horrible abuse because of despicable actions by government. At some point, I’ll have to create a special page to memorialize these victims. Something like the Bureaucrat Hall of Fame or Moocher Hall of Fame, though I haven’t figured out a good name (“Victims of Government Thuggery Hall of Fame” is too wordy).

Anyhow, many of these unfortunate people (the Dehko family, Carole Hinders, Joseph Rivers, and Thomas Williams) have something in common. They are victims of theft. But they can’t call law enforcement because their money and property was stolen by the government.

Such theft is enabled by “civil asset forfeiture” and we can now add Gerardo Serrano to the list of victims. The Washington Post has the disgusting story of what happened.

On Sept. 21, 2015, Gerardo Serrano was driving from his home in Kentucky to Piedras Negras, Mexico, when his truck was searched by U.S. Customs and Border Protection agents at Texas’s Eagle Pass border crossing. After finding a small ammunition clip, the agents took Serrano’s truck from him. Two years later, Customs hasn’t charged Serrano with a crime, and they haven’t given his truck back either.

The bureaucrats could take his truck because civil asset forfeiture basically gives bureaucrats a license to steal. I’m not joking, though I wish I was.

Customs seized the truck under the laws of civil asset forfeiture, which allow authorities to take cash and property from citizens upon suspicion of criminal wrongdoing. Because it happens under civil law, no criminal conviction — or even criminal charge — is necessary for authorities to take property they believe is connected to a crime.

That’s bad enough. But it gets even worse when you read about what happened to Serrano.

In September 2015, Serrano drove his new Ford F-250 pickup from his home in Kentucky to the Mexico border. He was going to visit a cousin he hadn’t seen in many years. He snapped a few photos with his phone as he drove through the checkpoint, planning to upload them to Facebook, just as he says he had been doing throughout his whole trip, to share the experience with friends and family back home. That’s when the trouble started. One of Serrano’s photos shows two Customs agents looking in his direction, hands held up. According to his lawsuit, the agents objected to his taking photos.

Are these bureaucrats members of some primitive jungle tribe that believes a photograph steals their souls?

That would at least be a semi-rational explanation.

But if you read the rest of the story, they’re apparently petulant jerks (I had other words in mind, but this is a family-friendly site).

Those agents waved him over to the side of the road, on the U.S. side of the border, and demanded he hand over his phone. Serrano said “no.” Customs declined to say whether there’s a prohibition on photography at border crossings. …one of the agents unlocked Serrano’s door, unbuckled his seat belt, and yanked him out of the car. “I know I didn’t do anything wrong,” Serrano told The Post. “So I say ‘listen, you can’t yank me out like that, I’m an American, you can’t do that to me.’”The agent took his phone, and demanded Serrano give him the passcode. Serrano recalls he told the agent to “go get a warrant.”By this time, other agents had started searching his truck. “I said, ‘Hey listen I have rights, you’re violating my rights, you’re not supposed to do that kind of stuff,’” Serrano recounted. …“I’m sick of hearing about your rights,” the agent said, according to Serrano’s lawsuit. “You have no rights here.”Eventually, one of the agents searching the truck found an ammunition clip containing five .380-caliber bullets and yelled “we got him!,” according to the lawsuit. …Serrano had planned to take his pistol on the trip, but he left it home at the strong urging of his cousin, who explained the potential consequences of bringing it to Mexico. But he didn’t realize the extra ammunition clip, containing five .380 caliber rounds, was still in the center console of his truck.

The bureaucrats must have been trained in Venezuela.

At the crossing, the CBP agents put Serrano in handcuffs and continued to ask him to give up the passcode. “You go get that warrant,” Serrano says he told them. “I’ll wait for you in jail.” Serrano didn’t believe that any judge would grant a warrant to search a phone for taking pictures at the border. …The agents eventually placed Serrano in a locked cell without food, water or a toilet, Serrano says. Periodically someone would come in and ask for the passcode to his phone, he says. He refused every time.

The good news is that Mr. Serrano won, sort of.

Serrano says that after three hours, the agents told him he was free to go, returned his phone and said he wasn’t being arrested or charged with any crime. Serrano says he was elated.

The bad news is that the bureaucrats stole his truck.

But then, the agents handed him a document informing him that Customs was taking his truck and the ammunition clip. Those items were “subject of legally becoming the property of the Federal Government (forfeiture),” according to the document, because Serrano had failed to disclose the presence of the clip, making the truck a “conveyance of illegal exportation.” …Several weeks later he received a formal forfeiture notice from Customs, informing him that the government believed his truck was being used to transport “arms or munitions of war.” The notice gave him a number of options to pursue if he wanted his truck back.

Here’s the part that could only be described as adding insult to injury.

One of the options was to make an “offer in compromise” — send Customs a check, and if they deemed the amount to be high enough, they would return his truck to him. “That’s like a shakedown,” Serrano said.

Fortunately, the great folks at the Institute for Justice are helping him challenge this horrific example of theft by government.

By the way, you may be thinking Serrano is some sort of thug, maybe a gang member from MS-13? I’ve had some defenders of civil asset forfeiture claim that the program is justifiable because it gives law enforcement leeway to go after bad guys that they can identify with their “sixth sense.” Was Serrano a bad guy who was nailed, albeit using a bad law?

Serrano is originally from Chicago but he’s lived on a farm in Kentucky for 20 years. A lifelong Republican, he unsuccessfully ran for a seat in Kentucky’s House of Representatives in 2014 on an explicitly pro-Second Amendment platform. He describes himself as a civil libertarian, and has a concealed carry permit for a Sig Sauer .380 pistol he carries for self-defense. “I believe in freedom,” he said in an interview with The Washington Post. “That’s what made this country great, is our freedom, our liberty.”

He understands what’s really going on.

“It’s like there’s a war going on and they want to make war with my Bill of Rights,” he said. “How do they get away with this? How could this happen?”

For what it’s worth, I hope Senator Rand Paul (who is willing to fight for liberty) place a “hold” on all nominations to the Justice Department and Department of Homeland Security until and unless the government returns Serrano’s truck and compensates him for mistreatment.

Let’s close with some additional excerpts from the column that explain the injustice of civil asset forfeiture.

Many Americans haven’t heard of civil asset forfeiture, the legal provision that grants police the authority to seize cash and property from people not charged with a crime. The practice doesn’t follow the traditional American concept of “innocent until proven guilty.” If police suspect that you acquired something as a result of illegal activity, or even if it is connected to illegal activity, they can take it from you. If you want to get it back, the onus is on you to prove you got it legally. Once property is seized and forfeited, in most states and at the federal level police can either keep it for themselves or sell it at auction to raise money for the department. Critics say this creates a perverse profit motive. …said Robert Johnson, Serrano’s attorney. “That’s an open invitation to abuse.” The practice is widespread. In 2014, for instance, federal law enforcement officers alone took more than $5 billion worth of cash and property from people — more than the total amount of reported burglary losses that year. After public outcry, the Obama administration put in place a number of restrictions on forfeiture that made it harder, in some cases, for authorities to take property without a criminal conviction. But Attorney General Jeff Sessions recently reversed those restrictions.

Every sentence of the above passage is spot on. Including the last two sentences. The Obama Administration actually took a small step in the right direction, but that was reversed in a terrible move by Trump’s Attorney General.

And here are some excerpts from a column published by CapX.

…asset forfeiture lets government agents seize Americans’ assets (cash, but also cars and even houses) on the mere suspicion that they were involved in a crime. Asset forfeiture is intended to deprive criminals of their ill-gotten gains, but frequently enables police to take the property of Americans who remain innocent in the eyes of the law. …Asset forfeiture primarily targets the poor. Most forfeitures are for small amounts: in 2012, the Institute for Justice, a libertarian law firm that has focused heavily on asset forfeiture, analyzed forfeiture in 10 states and found that the median value of assets seized ranged from $451 (Minnesota) to $2,048 (Utah). Given that law enforcement routinely takes everything they find in a forfeiture case, these small values suggest the relative poverty of the victims. The procedural hurdles for challenging asset forfeiture also mean that poor people are less able to get their money back. The average forfeiture challenge requires four weekdays in court; missing four days of work can be a prohibitive expense for Americans living paycheck to paycheck. …Asset forfeiture is especially dangerous for the unbanked, because police and federal agents consider high amounts of cash to be suspect. …Asset forfeiture functions as a regressive tax, which reduces low-income Americans’ economic mobility. A family that sees their savings wiped out has to start again from the bottom. A person whose cash rent payment is seized may turn to payday loans or the black market, or simply be evicted—none of which are conducive to upward mobility.

The fact that poor people are disproportionately harmed is awful (and pervasive in parts of the criminal justice system).

P.S. To their credit, the first two administrators of the federal government’s civil asset forfeiture program now recognize that it’s become an abusive monster and want it repealed.

P.P.S. It’s possible that the border bureaucrats were acting because of bias, of perhaps profiling Serrano because of his Latino heritage. But I never hurl that accusation without some real evidence. Unlike some people.