Does It Matter If Americans Think Chocolate Milk Comes from Brown Cows?

A new survey indicating that seven percent of Americans believe that chocolate milk comes from brown cows has gotten a lot of media attention, including from NBC, Huffington Post, Food & Wine, and the Washington Post’s Wonkblog. As an example of public ignorance, this is not a particularly worrisome figure. As Caitlin Dewey notes in her Wonkblog article about the survey, “the most surprising thing about this figure may actually be that it isn’t higher.” 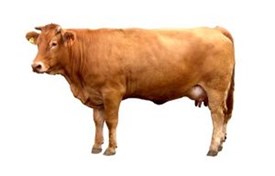 Seven percent is actually a pretty low number, and it’s not clear that it really matters whether people know where chocolate milk comes from or not. Some of the seven percent is likely caused by respondents being confused about the survey rather than genuinely ignorant (though some also probably got the correct answer by guessing). Even well-designed surveys have measurement errors that affect a small percentage of respondents.

Sadly, there are numerous far worse examples of public ignorance out there, including many about far more consequential issues. The seven percent figure pales in comparison with the 25 percent who don’t know the earth orbits the sun, the 66 percent who can’t name the three branches of government, and – my personal favorite – the 80 percent who support mandatory labeling of food containing DNA. I cover these examples and many others like them in my book on political ignorance.

Most of this ignorance is not the result of stupidity or lack of information. It is in fact largely rational behavior. We all have limited time, energy, and attention, and so can learn only a small fraction of all the information out there. It makes sense for us to focus on that which is likely to be useful or interesting. For many people, large swathes of basic political and scientific facts don’t qualify.

Ignorance becomes dangerous when individual rational ignorance leads to harmful collective outcomes. Like with politics.In and of itself, ignorance is not a problem. It is often rational and is an unavoidable part of the human condition. But ignorance becomes dangerous when individually rational ignorance leads to harmful collective outcomes. Sadly, that is often the case with political ignorance, and ignorance about scientific issues relevant to government policy. From the standpoint of the individual voter, it makes sense to devote little effort to acquiring information about government and public policy, because the chance that her vote will make a difference is infinitesimally small. But such behavior can lead to terrible outcomes when an entire electorate is ignorant in this way.

We shouldn’t worry much about the fact that a small minority of Americans think chocolate milk comes from brown cows. But we should take the problem of widespread political ignorance far more seriously.

UPDATE: The photo originally posted with this article actually depicts a brown bull, rather than a cow. I was misled by the lack of horns. But it turns out not all bulls have horns. I have now replaced it with a picture of an actual brown cow.

I don’t claim to have much knowledge of cows or bulls or much skill in telling them apart, and the photo snafu certainly proves that I am no expert on those subjects! Regardless, the main point of the post stands. Public ignorance about the origins of chocolate milk is not a big deal. But some other kinds of ignorance are.

UPDATE #2: It may be worth noting that 48 percent of respondents to the survey admitted they simply don’t know where chocolate milk comes from, a much larger figure than the 7 percent who said it comes from brown cows. Still, I think there is little cause for concern about this result, because it’s not clear why it matters whether people know how chocolate milk is produced. Most people don’t know much about the production process for the vast majority of the products they consume. It’s not a significant problem unless it leads them to support harmful or counterproductive public policies or ignore some significant safety risk.