Capitalism Should Play a Bigger Role in Protecting the Environment

Over the years, I’ve had fun mocking the silly extremism of the environmental movement.

That being said, protecting the environment is a worthy and important goal.

And that’s why some of us want to give the private sector a bigger role.

John Stossel, for instance, has a must-watch video on how capitalism can save endangered rhinos.

Professor Philip Booth expands on the lesson in the video and urges broad application of market forces to preserve the environment.

…what is needed for better husbandry of ecological resources is more widespread and deeper establishment of property rights together with their enforcement. The cause of environmentalism is often associated with the Left. This is despite the fact that some of the worst environmental outcomes in the history of our planet have been associated with Communist governments. …a great deal of serious work has been produced by those who believe in market or community-based solutions to environmental problems, and a relatively small role for government. For example, Ronald Coase and Elinor Ostrom are two Nobel Prize winners in economics who have made profound contributions to our understanding of how markets and communities can promote environmental conservation. Indeed, the intellectual and moral high ground when it comes to environmentalism ought to be taken by those who believe in private property, strong community institutions and a free economy.

If things are owned, they will tend to be looked after. The owner of a lake will not fish it to near extinction (or even over-fish the lake to a small degree) because the breeding potential of the fish would be reduced.

He then explains the downside of public ownership.

On the other hand, if the lake is not owned by anybody, or if it is owned by the government and fishing is unregulated, the lake will be fished to extinction because nobody has any benefit from holding back. Local businesses may well also pollute the lake if there are no well-defined ownership rights. The much-cited work here is Hardin’s Tragedy of the Commons (1968), though, in fact, Hardin was simply referring back to a pamphlet by William Forster Lloyd which was written in 1833. In that pamphlet, a situation was described whereby common land was open to grazing by all. The land would then be over-grazed because a person would get the benefit of putting additional cattle on the land without the cost that arises from over-grazing which would be shared by all users.

He points out that one advantage of Brexit is that the U.K. can implement a fisheries system based on property rights.

Now that fishing policy has been repatriated, the UK should establish property rights in sea fisheries. Few would seriously question private property when it comes to the land. For example, it is rare these days to find people who would suggest that farms should be nationalised or collectivised or returned to an unregulated commons where anybody can graze their animals without restriction. It would be understood that this would lead to chaos, inefficiency and environmental catastrophe.

And since we have real-world evidence that fisheries based on property rights are very successful, hopefully the U.K. government will implement this reform.

So what’s the bottom line on capitalism and the environment?

If we want sustainable environmental outcomes, the answer almost never lies with government control, but with the establishment and enforcement of property rights over environmental resources. This provides the incentive to nurture and conserve. Where the government does intervene it should try to mimic markets. When it comes to the environment, misguided government intervention can lead to conflict and poor environmental outcomes. The best thing the government can do is put its own house in order and ensure that property rights are enforced through proper policing and courts systems. That is certainly the experience of forested areas in South America.

Let’s close by noting one other reason to give the market a bigger role. Simply stated, environmentalists seem to have no sense of cost-benefit analysis. Instead, we get bizarre policies that seem motivated primarily by virtue signalling. 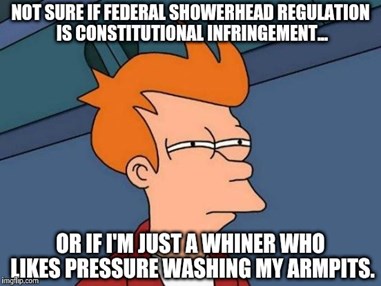 And don’t forget green energy programs, which impose heavy costs on consumers and also are a combination of virtue signaling and cronyism.

No wonder many of us don’t trust the left on global warming, even if we recognize it may be a real issue.

P.S. There is at least one employee at the Environmental Protection Agency who deserves serious consideration for the Bureaucrat Hall of Fame.