Thanks to Xavier Roberts and a global supply chain, more than 130 million adoptable friends have been "born" since the early 1980s: one "birth" every 6.8 seconds.

In 1981, Xavier Roberts and a few friends were making “Little People” dolls, with cloth and needlepoint faces and bodies and yarn hair. In the very early days, supply was constrained. Each doll was handmade by Xavier Roberts in his workshop in Cleveland, Georgia. Each was hand-sewn and unique, the coloring and facial expressions the work of an artisan-craftsman. Roberts recruited five friends and fanned out to regional craft shows.

Xavier Roberts’s small company, Original Appalachian Artworks, Inc., was overwhelmed with orders for a particular 16-inch model of his Little People dolls. As quickly as Roberts could produce the dolls, they sold out, and more orders poured in.

The most distinctive and time-consuming part of the doll to make, the face, was important to kids. But as he produced more dolls and surveyed more customers, Roberts learned that as long as the proportions and details of the dolls' faces matched the needlework, kids didn’t mind if the faces were made of plastic. Parents liked that plastic faces could be wiped clean.

Reproducing faces instead of handcrafting them meant dolls could be produced anywhere. In 1982, Roberts sought out Coleco, a Hong Kong factory that already made dolls, to produce plastic-headed, yarn-haired, 16-inch dolls he called “Cabbage Patch Kids.”

As late as 1982, Xavier Roberts was creating hand-sewn dolls with “certificates of authenticity” (not yet called adoption papers) and signing each butt with a felt-tip marker.

By the fall of 1983, Cabbage Patch Kids had become the must-have Christmas toy that would define a generation. Three million Cabbage Patch Kids were produced and “adopted” that year, and Coleco still couldn’t make enough to meet demand. Moms fought in toy store aisles. Waiting lists passed 1,000 names. Dolls re-sold for two-and-three-times their original price in the days before Christmas. It was an iconic toy craze.

Each Cabbage Patch doll sold, even then, was supposedly unique and was issued an individual birth certificate and adoption record. In 1983 and 1984, the dolls cost an “adoption fee” of $35—about $75 today.

By 1984, there were no more fistfights. Prices stabilized as vastly more dolls became available to meet demand.

By 1984, there were no more fistfights. Prices stabilized as vastly more dolls became available to meet demand. Three million more Cabbage Patch dolls had been made and “adopted,” including Chandra Joyana, given to my three-years-old(er) sister when I was born “so she would have a new baby to love on, too.” (Moms are so thoughtful.)

Nearly as many Cabbage Patch kids share my birth year of 1984, as do actual American children.

I will not soon forget being smacked in the teeth by my sister’s doll Chandra, a 1984 model with a too-hard, too-heavy plastic head. Soon after, the heads were replaced by vinyl, a safer and lighter option. 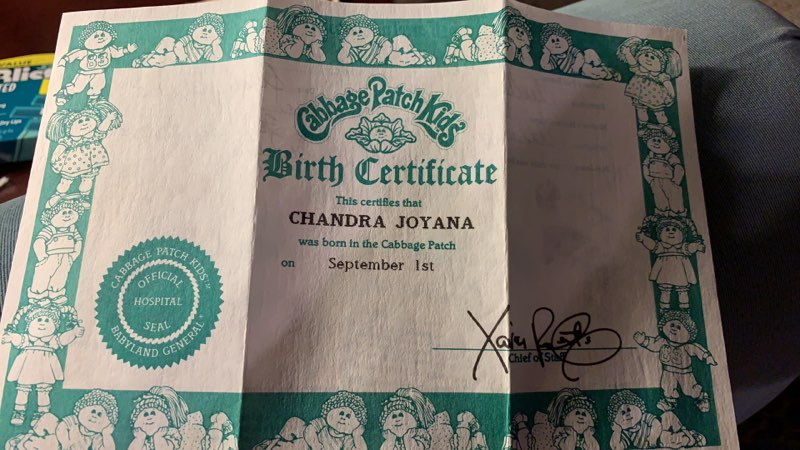 In the early 1970s, a soft-sculpture artist named Martha Nelson Thomas was creating unique “doll babies” with hand-painted eyes and pin-tucked features, fingers, and toes. She gave them away to family and friends and sold them at craft markets near her home in Kentucky.

Sometime before 1980, Martha Nelson Thomas crossed paths with Xavier Roberts, himself a skilled soft-sculpture craftsman who was experimenting with doll faces. They met at a craft fair—likely in some municipal gymnasium or hallway in eastern Kentucky or north Georgia.

Martha Nelson Thomas and Xavier Roberts definitely met at craft markets in rural Kentucky and northern Georgia. At one point, Roberts offered to sell more of Thomas’s dolls in gift shops, if she could make them faster, or allow him to commission others to make more of them. She declined.

Thousands of kids wanted a Cabbage Patch Doll and didn’t much care if it was handmade or personally guaranteed.

''There are too many mass-produced things,” she told a newspaper in 1983. “You need something personal, something hand-made, with someone who will stand behind it.” She didn’t approve of the dolls being mass-produced in Hong Kong (home of Coleco).

But Xavier Roberts disagreed, and so did thousands of kids who wanted a Cabbage Patch Doll and didn’t much care if it was handmade or personally guaranteed.

Xavier Roberts certainly stole, rebranded, and reproduced the signature look of her dolls. In doing so, he gifted those chubby-cheeked cherubs to a generation.

Mrs. Thomas sued him for $1 million and settled out of court in 1984. While some have claimed she “never saw a penny,” it’s likely the dolls’ original artist became significantly wealthier than if she’d gone on selling at Kentucky craft fairs. 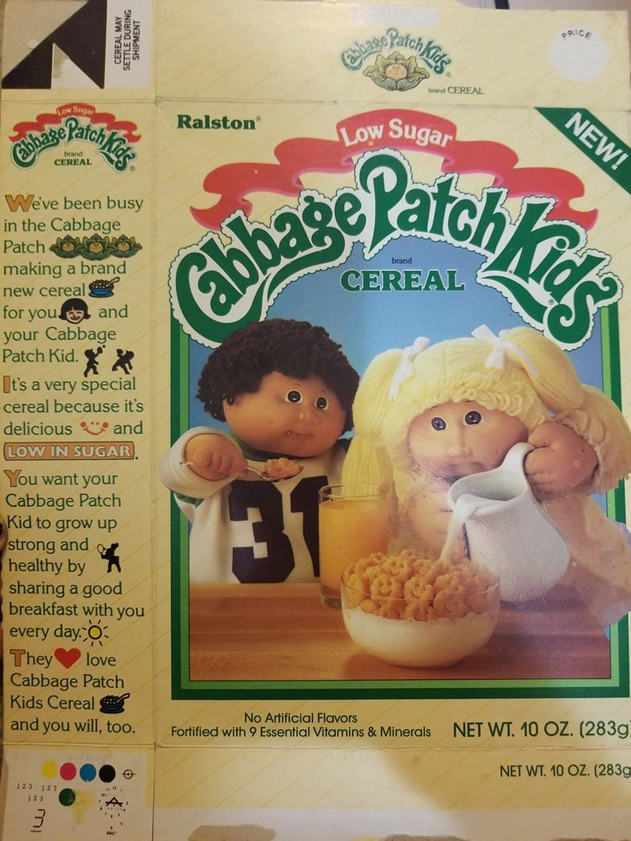 Had the “soft sculptures” stayed just that—artwork produced painstakingly by hand and selling for hundreds of dollars—they could never have been the national phenomenon they were. Even with enormous public interest, demand for the few dozen highly collectible dolls would have driven prices sky-high, far beyond a middle-class kid’s Christmas wish.

Perhaps the Cabbage Patch marketing motif could have succeeded with a different “look”—something Roberts created instead of lifting from Martha Thomas. In another timeline, they might have been business partners, or every early box might have borne an “inspired by Martha” inscription.

One angle that allowed Roberts to retain custody of the Cabbage Patch design was that the dolls’ marketing spin was his uniquely. The backstory of a Southern boy who ducked behind a waterfall and through a kudzu-draped cave and discovered a cabbage patch birthing chubby-cheeked babies…that part was all Roberts. The language of “adoption” and the certificate were Roberts’s idea, as was the scrawling of his “signature” on each pin-tucked tush.

Xavier Roberts went on to earn millions. His original artisanship—and his willingness to surrender creative control of every face in return for scaled-up production and greater availability—has been rewarded by an eager market of buyers for more than a generation.

Hand-crafted gifts, and folk-art specifically, have a precious place in our aesthetic tradition. Martha Nelson Thomas isn’t alone in lamenting the mass market production and appeal of a one-handmade treasure.

But for those of us whose childhood nostalgia has a Cabbage Patch face, that would have been an enormous loss. Only a few hundred residents around rural Kentucky ever received a handmade doll from their original creators. The handcrafted dolls that remain are overwhelmingly displayed by collectors, not loved by children.

Thanks to Xavier Roberts and a global supply chain, more than 130 million adoptable friends have been "born" since the early 1980s: one "birth" every 6.8 seconds. Literally millions of kids got to know the joy of Cabbage Patch kids, plastic faces and all.