Brazil's First Congresswoman Was a Leader of Principle

Carlota Pereira de Queiroz showed that one’s intellect, courage, and character are effective weapons with which to fight for freedom.

"Nothing is so contagious as example; and we never do any great good or evil which does not produce its like." — Francois de la Rochefoucauld (1613-1680).

Heroes for liberty are not peculiar to any region of the world or to a particular time period or to one sex. They hail from all nationalities, races, faiths, and creeds. They inspire others to a noble and universal cause — that all people should be free to live their lives in peace so long as they do no harm to the equal rights of others. They are passionate not solely for their own liberty, but for that of others as well.

The subject of the eleventh essay in this “Heroes for Liberty from Around the Globe” series is Carlota Pereira de Queiroz, Brazil’s first elected female member of the federal Congress and one who worked for the restoration of limited, constitutional government and protection of the rights of all people. The author is COO of the Atlantos Institute, Lisiane Gomes.

Studying Brazil’s history is like entering an Egyptian pyramid: one can find secrets, mysteries, and some treasures. Renowned for Carnival, soccer, and beautiful women, the country also has a political past full of great events and some heroes. Many of those remarkable men and women, unfortunately, have ended up anonymous, unknown even by most Brazilians.

History classes are deficient in teaching about our history. They often leave many truths to be discovered on our own by intellectually curious people, like me. Some of the sadly forgotten characters in our history deserve to be remembered for their bravery and their will to fight for freedom. I’m writing about one of them.

A Life of Service

Carlota Pereira de Queiroz was born on February 13, 1892, in São Paulo. Her father was from a wealthy farming family, and her mother Maria’s family was known for their involvement in Brazilian politics.

Carlota began her professional life in 1912 as a kindergarten teacher, a post in which she remained for ten years.

“I deluded myself with my career as a teacher,” she wrote. “The environment was unpromising, without much future. The best positions were for males. I aspired for more. So I left public teaching, but kept giving private classes to have a certain economic independence.”

It is still unknown precisely what her political influences were, although her father and grandfather were members of Brazil’s Republican Party. Her grandfather, Manuel Elpídio Pereira de Queiroz, was one of the founders of the periodical A Província de São Paulo, today called Estado de São Paulo, one of the country’s largest journals and regarded as “conservative” in its perspective.

In 1930, Getulio Vargas led a military coup d’etat against Brazil’s president Washington Luis, installing what he called a “provisional government.” In practice, it was a fascist dictatorship. He effectively repealed the Constitution in 1931, removing rights from Brazil’s states, concentrating power in the central government, and becoming a man with nearly-absolute power.

A year later, in 1932, the pro-liberty opposition started an armed movement to depose Vargas and called for a new Constituent Assembly. This episode, known as the Constitutionalist Revolution, marked the beginning of Carlota’s political engagement. During the Revolution, she created and led a group of 700 women to help and provide medical assistance to the injured.

Among the 22 names chosen to lead the coalition was Carlota’s, who stood out for being one of the few female physicians of her time. Carlota declared at the time that “the Revolution’s unpredictable duration, where the Paulistas (people born in the State of São Paulo) are fighting alone against the federal government, improvising forces and ammunition, opens to the women of the elite a unique chance for an intensive exercise of citizenship.”

At least a thousand Brazilians died in three months of civil war.

Even though Vargas’s federal government won the war militarily, some of the constitutionalists’ demands were approved afterward. The State of São Paulo was allowed to elect representatives for a new Constituent Assembly, for example. The Republican and Democratic parties — previously rivals — united and formed a coalition platform for a “United São Paulo.” Among the 22 names chosen to lead the coalition was Carlota’s, who stood out for being one of the few female physicians of her time.

Life in Politics and After

Although women’s suffrage was only established in 1932, a year before the elections, Carlota attracted strong support with her “Message of the Paulista Women.” She won 5,311 votes in the first round and an incredible 176,916 votes in the second round. She was elected the Chamber of Deputies (equivalent to the House of Representatives in the U.S.) as the only woman among the 253 members.

She held her seat until Vargas suspended the Congress in 1937. As a deputy, she became involved primarily with subjects regarding her areas of expertise, education and healthcare. She was re-elected to Congress and remained in the Chamber of Deputies until September of 1937, when Getulio Vargas, again, dissolved the Congress in another coup d’etat.

Carlota defended the inclusion of women in the country’s professional ranks and in politics, but she did not consider herself a feminist. She opposed the creation of the National Women’s Department, a governmental body for women-specific policies, which left many feminists irritated. She argued that the department’s proposed model was bureaucratic and would needlessly overlap three existing Ministries of the federal government.

She was also against affirmative action policies for women, considering them to be sexist rather than helpful. She was much more interested in helping the country as a whole than in promoting the causes of certain interest groups, including those who professed to be “pro-women.”

“Not in a single moment [in Congress] did I feel myself in the presence of enemies,” she said. “Women always need to keep in mind that it was due to a decision of men that we were allowed to vote. Brazilian women have already shown how much we are worth and how much we are capable of doing for people. In a moment such as this, in which we are trying to remake the framework of our laws, it is fair that we are called to collaborate.” She held her seat until Vargas suspended the Congress in 1937.

Carlota Pereira de Queiroz showed that one’s intellect, courage, and character are effective weapons with which to fight for freedom. After her time in politics, Carlota kept fighting for the restoration of the country’s democracy, and also published several essays and books on education, literature, and health, from 1937 to 1969. She died in 1982 at the age of 90 and is respected today as the first female Brazilian to serve in the federal Congress; a principled defender of limited, constitutional government; and a champion of equal rights for all.

Carlota Pereira de Queiroz was one of the most important female characters in Brazil’s history, a perfect example of a woman who promoted great change in politics through her actions and ideals. Carlota was a pioneer of her time. She showed that one’s intellect, courage, and character are effective weapons with which to fight for freedom. 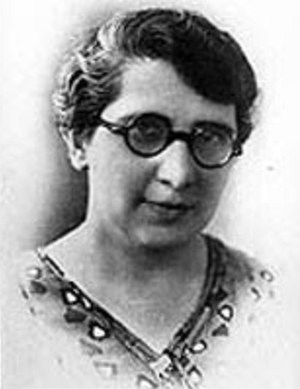 Lisiane Gomes is a Brazilian business student, COO of the Atlantos Institute and a columnist for Objectivism Brazil.