Both Lincoln and the Confederacy Were Awful

21st century Americans shouldn’t pick a side in the Civil War. 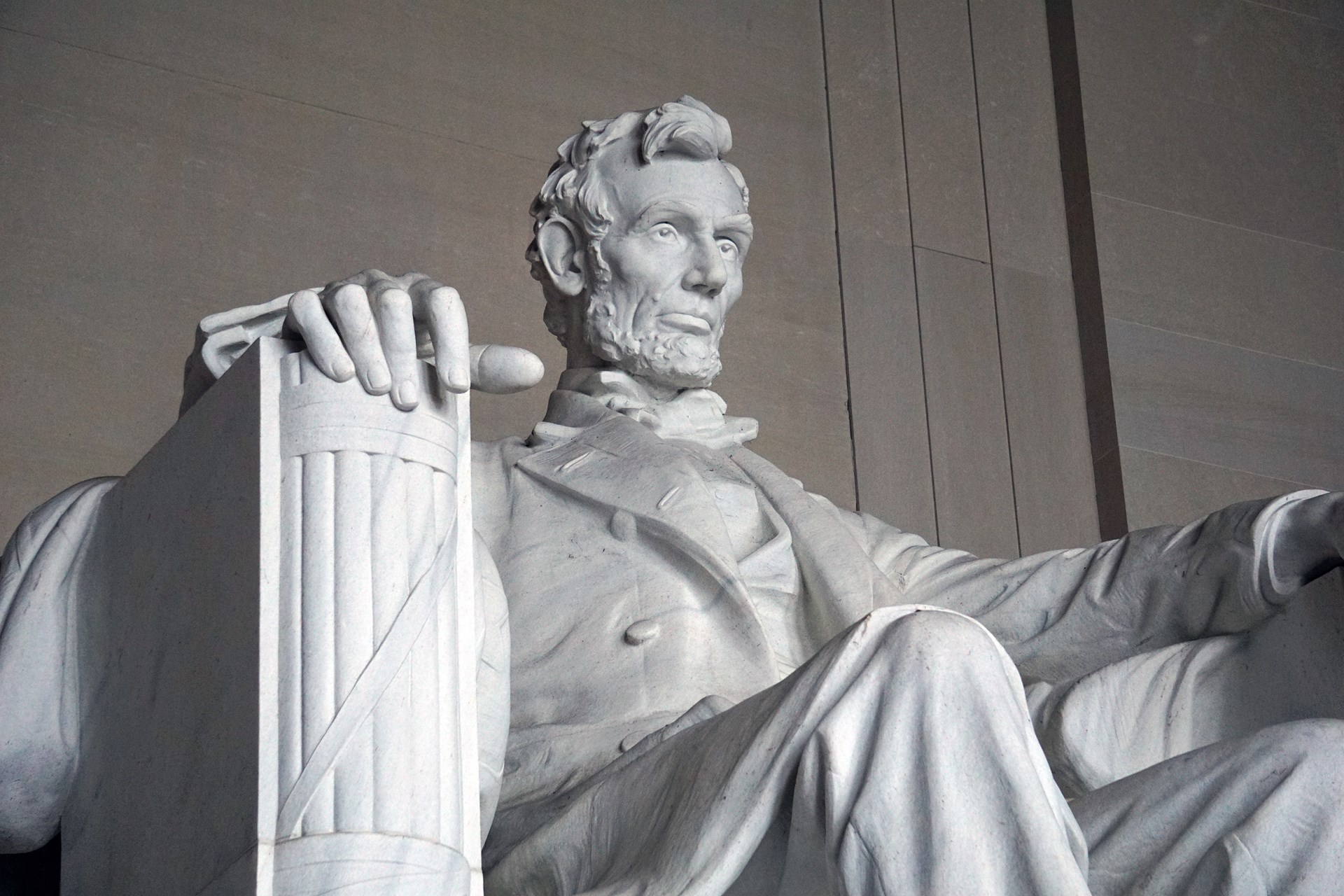 We’re fighting the Civil War again. Whenever both major parties drop any pretense of addressing the real problems facing American taxpayers, their constituents revert to having at each other in “the culture wars.” And no culture war would be complete without relitigating what should now be settled history: the reasons for the Civil War.

Americans sympathetic to the Union generally believe the war was fought to end slavery or to “rescue the slaves” from political kidnapping by the slave states, that seceded from the Union to avoid impending abolition.

“No,” say those sympathetic to the Confederacy. The states seceded over states’ rights, particularly their right not to be victimized by high protectionist tariffs, paid mostly by southern states, but spent mostly on what we’d now call corporate welfare and infrastructure projects in the north.

The declarations of South Carolina, Mississippi and Texas don’t mention taxes or economic policy at all.

That the states seceded for a different reason than the war was fought seems to elude everyone.

There is plenty of secondary literature presenting evidence on both sides, which is why Americans are still arguing this tired point over 150 years after the war ended. But there is a pretty simple way to clear the air. Just read the primary sources and take everyone at his word.

Many of the Confederate states published declarations explaining their reasons for seceding from the Union. The problem for those making the tariff argument is only a few of these declarations even mention the tariff, and then only in passing. The declarations of South Carolina, Mississippi and Texas don’t mention taxes or economic policy at all.

But what all the declarations state loud and clear is the seceding states’ objections to the federal government not fulfilling its constitutional duty to execute fugitive slave laws, the election of a president who campaigned saying the Union could not survive “half slave and half free,” and their belief that the Republican Party’s determination to keep slavery out of new territories would eventually lead to abolition of the institution in their own states.

The passage which is perhaps most damning to the tariff theory comes from Georgia’s Declaration, which reads:

The party of Lincoln, called the Republican party, under its present name and organization, is of recent origin. It is admitted to be an anti-slavery party. While it attracts to itself by its creed the scattered advocates of exploded political heresies, of condemned theories in political economy, the advocates of commercial restrictions, of protection, of special privileges, of waste and corruption in the administration of Government, anti-slavery is its mission and its purpose. By anti-slavery it is made a power in the state.

The passage is accurate. The Republican Party was indeed comprised of a coalition between abolitionists and former members of the Whig Party, like Lincoln, who still sought to implement Henry Clay’s “American System” of protectionist tariffs, “internal improvements” (viz. “infrastructure”) and a central bank. But the Georgia Declaration dismisses this as merely an incidental observation and emphasizes the party’s opposition to slavery. One cannot help but conclude that Georgia, while objecting to the American System, was willing to tolerate it, but would not tolerate any threat to slavery.

Arkansas cited the Union’s attempt to coerce it into making war on the seceded states as its reason for leaving.

It is true that not all states eventually part of the Confederacy seceded at the same time. Four seceded only after Lincoln called for volunteers from state militias to put down what he considered a rebellion. Arkansas, in particular, cited the Union’s attempt to coerce it into making war on the seceded states as its reason for seceding itself. Nevertheless, none of this would have happened had the first seven states of the Confederacy not seceded for their stated reason: fear of the eventual abolition of slavery.

It is after presenting this airtight evidence that advocates of Lincoln and the war commit their grand non-sequitur: namely, that because the lower southern states seceded over slavery, Lincoln must have fought the war to abolish it. But just as the tariff or states’ rights theories are belied by the seceding states’ own words, so, too, is the abolition theory belied by Lincoln’s.

In his first inaugural, Lincoln reassured the seceded states he had no intention of seeking abolition of slavery where it already existed and that he fully acknowledged the constitutional duty of the federal government to uphold fugitive slave laws. He even goes so far as to say those laws will be upheld as “cheerfully” as any others under the Constitution.

Lincoln claims “no government proper ever had a provision in its organic law for its own termination.”

What Lincoln says he will not tolerate is secession itself. Contrary to the plain words of the Declaration of Independence, Lincoln claims “no government proper ever had a provision in its organic law for its own termination.” And he goes on to state clearly why he will later prosecute the Civil War.

In doing this there needs to be no bloodshed or violence, and there shall be none unless it be forced upon the national authority. The power confided to me will be used to hold, occupy, and possess the property and places belonging to the Government and to collect the duties and imposts; but beyond what may be necessary for these objects, there will be no invasion, no using of force against or among the people anywhere.

Stay off federal property and pay your taxes and I won’t invade. That was Lincoln’s message to the seceded states. Not only did he not insist they free their slaves, he wrote each of the governors promising his support for the Corwin Amendment to the Constitution, which would guarantee the “rights” of the slaveholding states to continue the institution in perpetuity.

Some Lincoln apologists offer the theory that Lincoln’s motivations changed over the course of the war and that he came to view freeing the slaves as the primary reason for fighting it. Again, Lincoln’s own words contradict this. In a letter to Horace Greeley, written just a month before he issued his first Emancipation Proclamation, having already discussed it with his cabinet a month before, Lincoln wrote:

21st century Americans shouldn’t pick a side in the Civil War.

It doesn’t get any plainer than that.

There is no reason to doubt Lincoln’s personal, philosophical opposition to slavery, but it wasn’t the reason he fought the Civil War. We know this because he said so, repeatedly. And it is by no means a leap, based on his lifelong political beliefs and what he said himself during his first inaugural, that the reason it was so important for him to “save the Union” was because he couldn’t pursue his big government agenda without the seceding states’ taxes. That’s quite a poor reason to start a war in which 600,000 to a million Americans are killed by their fellow Americans.

While Lincoln may not have fought the war to end slavery, there is no doubt it directly led to abolition, something every other civilized country achieved peacefully. But it also had permanent, negative effects on the American republic. It destroyed the view of the United States as a voluntary union. It set precedents for expansion of executive power which would be cited again and again by future presidents seeking new ones. And it forever associated limiting federal power and secession with slavery and racism.

21st century Americans shouldn’t pick a side in the Civil War. Much like the brawl between the White Supremacists and Antifa in Charlottesville, Va., it was fought by two tyrannical powers for mostly evil purposes. The best we can do today is understand what really happened and work to rehabilitate the bedrock American principles of limited, decentralized government and the natural right of secession, good ideas given a bad name by Lincoln and the Confederates alike.

Tom Mullen is the author of Where Do Conservatives and Liberals Come From? And What Ever Happened to Life, Liberty and the Pursuit of Happiness? and A Return to Common  Sense: Reawakening Liberty in the Inhabitants of America. For more information and more of Tom's writing, visit www.tommullen.net.