There is a great deal of wisdom in the old saying, “there is no such thing as a free lunch. 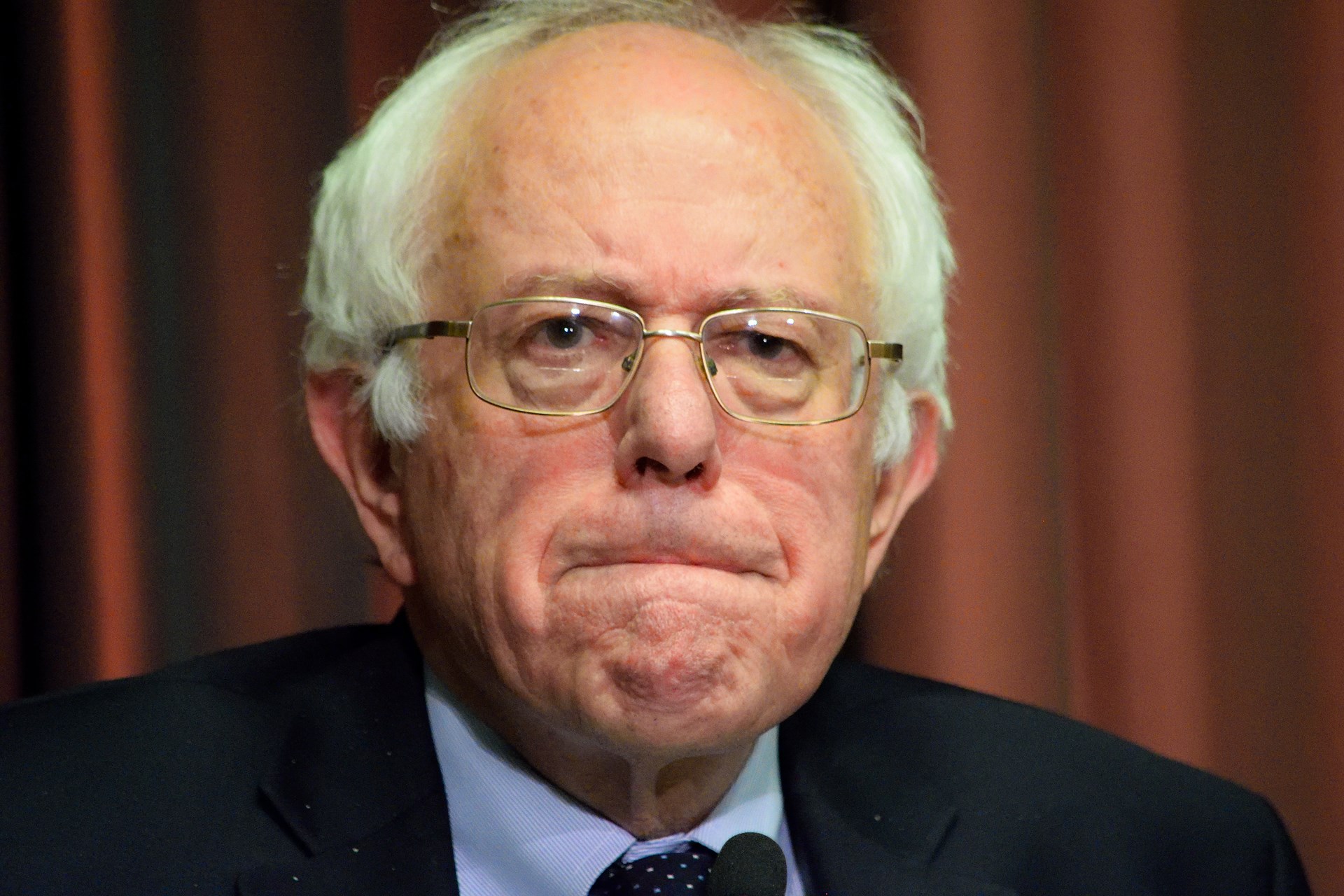 There is a great deal of wisdom in the old saying, “there is no such thing as a free lunch.” And while most, if not all, of our elected officials, would do well to remember this piece of advice, Bernie Sanders appears to need constant reminding.

Sanders has made a habit of trying to make federal programs more akin to the Oprah Winfrey Show, promising to provide market commodities, like health care and college, for free in the same way Winfrey gives away cars and gifts to her audience members. But unlike the Oprah Winfrey Show, which was responsible for its own funding during its 25-year run, the government pays for its programs by levying taxes on the people. Of course, this small fact has not prevented Senator Sanders from continuing his quest to make all things “free.”

Even though Sanders is a figure in the real world, that doesn’t make his concept of full employment anything more than a fairy tale.

During his presidential run in 2016, Sanders made “free” college a staple of his campaign. He has even gone on record saying, "Education should be a right, not a privilege.” He has also been a proponent of “free” health care, which he also believes is a right. Echoing his sentiment towards higher education, Sanders commented on health care saying, "Health care must be recognized as a right, not a privilege.”

Given this track record, which also happens to seem a lot like a broken record when it comes to how Sanders feels about “rights” and “privileges,” it should shock no one that just a few days ago Sanders announced that he will soon be unveiling his federal jobs proposal to guarantee every single American a job. While this is almost identical to the plot of an episode of House of Cards, Sanders’s comments are somehow more terrifying than Frank Underwood’s for the mere fact that Sanders is not a fictional character. But even though Sanders is a figure in the real world, that doesn’t make his concept of full employment anything more than a fairy tale.

When it comes to the specifics of this lofty proposal, Sanders says he is still in the very early stages of crafting his plan. In fact, no one on the Sanders team has given any indication as to how such a proposal would be funded, which seems to be the running theme in most of Sanders’ grand schemes. But it is suspected that like many of his other projects, the jobs plan will be funded by ending tax breaks given to American business owners.

But since this project specifically aims for increased employment, it would be a bold move to end the tax breaks given to those responsible for creating American jobs. Jobs are not created out of thin air. Jobs are a response to market demand and when there is a need for new jobs, they are created and filled. No matter how much government may wish it could control every aspect of the market, it cannot control demand without facing economic implications. Jobs created for the sake of jobs simply do not help the economy because there is no reason for their existence to begin with.

When the government does step in and create new jobs, the economy suffers. FDR’s New Deal was supposed to end the Great Depression and raise employment rates across the country by creating new federal programs and infrastructure. But that is not exactly what happened. As economist Henry Hazlitt wrote in his book, Economics in One Lesson:

For every public job created by [a] bridge project a private job has been destroyed somewhere else. We can see the men employed on the bridge. We can watch them at work. . . . But there are other things that we do not see, because, alas, they have never been permitted to come into existence. They are the jobs destroyed by the $10 million taken from the taxpayers.”

As Hazlitt reminds us, there are always economic implications that are unseen, even when the government may boast of apparent growth. Employment is no exception. Even if Sanders is able to create jobs, since these positions do not arise from real market demand, but instead by government mandate, the growth is not only artificial but also extremely costly.

But as is par for the course, Sanders never dwells too much on economic realities.

Occupational Licensing Needs to Be Fixed, Not Funded

Another aspect of the plan promises to provide free training to those who are trying to find a job, but are prevented from doing so because of barriers like occupational licensing. To give credit to Sanders, these hurdles standing in the way of would-be workers truly are a huge problem. Currently, more than 22 percent of the American workforce is impacted by occupational licensing. And given the fields in which these licenses are prevalent, this number poses a huge problem.

If Sanders concentrated his efforts on eliminating barriers to employment, like occupational licensing, more Americans would have access to jobs.

Licensure is usually for entry-level occupations. For those just beginning their careers, access to these jobs is integral in their success. If someone is looking for a means to escape poverty, but then is prevented from doing so because an entry-level job requires costly state training and licensing, it becomes harder to break the cycle.

One mother, for example, was prevented from earning a living washing hair in a salon because the state said she must first obtain an occupational license. We each wash our own hair on a regular basis without serious incidents occurring. However, that hasn’t prevented some states from requiring as much as 1,500 hours of training and charging $125 for the actual “license to shampoo.” And while that money may not seem like a lot to some, for those just barely managing to scrape by, $125 is a lot to ask for such an arbitrary regulation.

And while Sanders clearly recognizes the impact these state-required training and licensing laws have on those looking for work, his solution to the problem is severely lacking because he doesn’t understand the cause. Using federal funds to pay for such training makes absolutely zero sense when most, if not all, are completely arbitrary, to begin with.

If Sanders concentrated his efforts on eliminating these barriers to employment, more Americans would have access to jobs.

We would all like to see lower rates of unemployment across the country. But we shouldn’t ignore economic realities in order to chase the dream of “employment for all.” And by offering to pay for training instead of addressing the real problems standing in the way of employment, like the existence of occupational licensing, this proposal will do nothing more than put a Band-Aid over substantial issues.