Banning Refugees Is Cowardice, Not Vigilance

An important principle of civil society has been attacked at its very core. 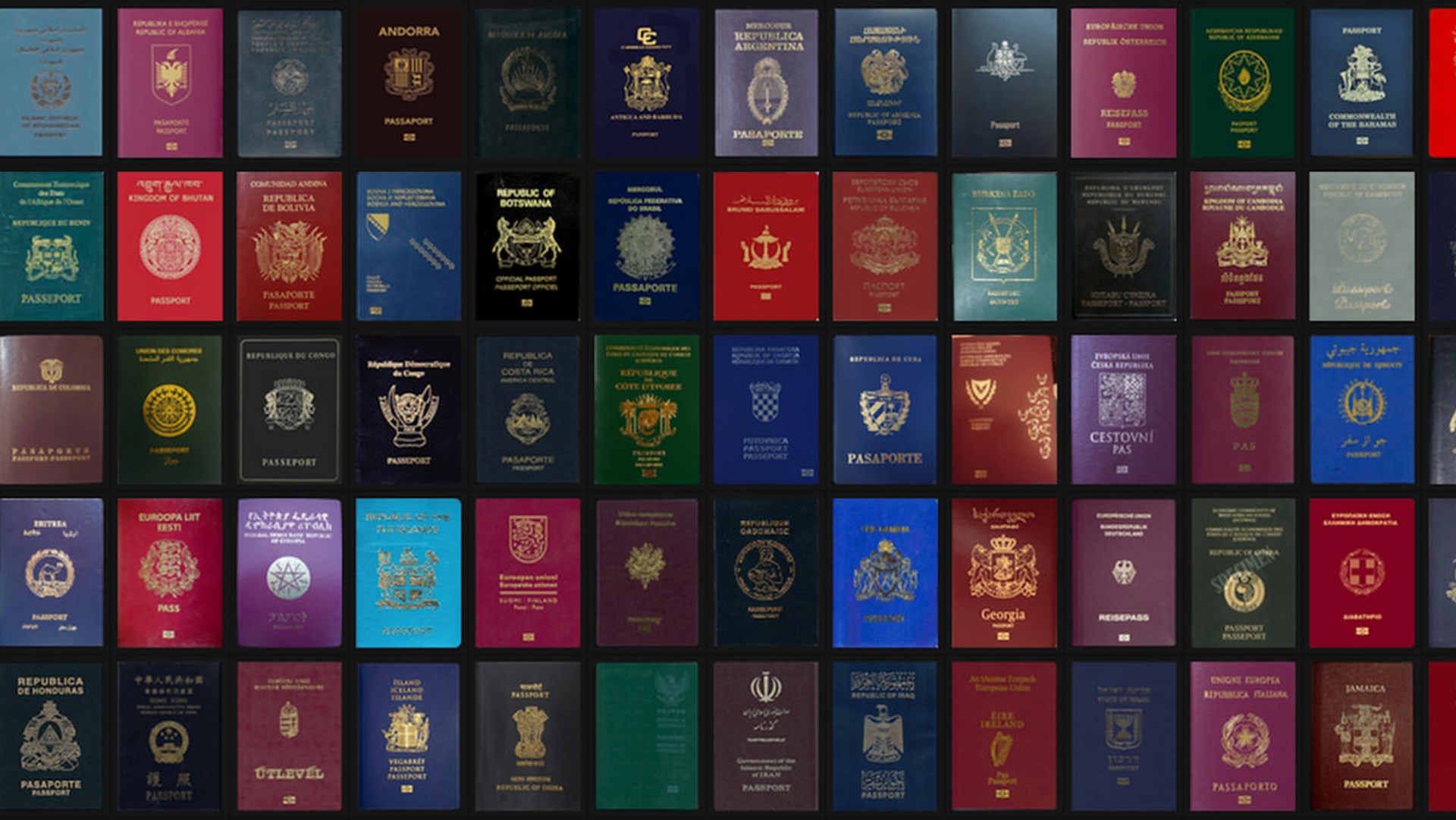 Donald Trump's ban on people of certain nationalities entering the United States – now buffeted about by court orders, clarifications, and defiance – is a systematic rejection of the principle of Freedom of Movement with no impetus other than unacceptable, widespread cowardice.

The September 11 terrorist attacks cannot excuse such a grievous violation of rights. Terrorism is domestically a statistically trivial threat. The countries banned by Trump had little relation to 9/11, and the people denied entry to the United States are just as harmless (if not more so) than the average American. Neither reasons nor sudden trauma justify Trump's actions – only cowardice.

Trump’s restrictions on movement suffer more fully from another sin – a lack of courage.Except to the extent courts stop him, Trump has undermined Freedom of Movement through an order to keep out people from Middle Eastern countries designated as countries of concern by the Obama administration.

Refugees already thoroughly vetted as safe, including business owners and participants in the Iraq war who have lived for years in the United States – all denied entry, all forced to beg for the government to wisely exercise its discretion in the face of an arbitrary burden.

Trump’s immigration policies are unwise and unjust. More tellingly, Trump’s restrictions on movement suffer more fully from another sin – a lack of courage.

At an individual level, it’s true that courage tends to be an overrated virtue. The image of "courageous" people often looks like warriors courting danger guns-blazing because they lacked the patience and ingenuity to find better solutions. Thus, courage is for the warrior fighting to the death.

Among non-violent "courageous" acts, contrarians who "stand up for what they believe in" often get courage points for being edgy or brutalist, as if people deserve praise for offering unconvincing evidence against social pressure. Generally, courage tends to be praised relative to the inactions of other people, forgetting that people often avoid doing certain things because they should not be done.

Moreover, fear is often unreasonable in ways immune to argument, making courage a weak appeal. For instance, traveling by planes is much safer than traveling by cars, but planes paralyze people in ways that statistics cannot cure because the fear of flying is a feeling, not a fact.

Similarly, terrorism is a statistically trivial cause of death in the United States, even including 9/11 and especially excluding that outlier, but terrorism causes widespread fears orders of magnitudes more crippling than the actual violence. To give a personal example, I have a totally unreasonable aversion to walking over storm drains and similar parts of sidewalks that leads me to walk around them.

The Courage to be Free

America was formed by immigrants who courageously journeyed thousands of miles to leave European persecution and seek wealth and freedom.For example, Freedom of Speech is a courageous principle. Freedom of Speech allows people to profess the wise and unwise, just and unjust, beautiful and vulgar. The dangers of the government deciding which speech falls into which categories justifies overriding particularized fears because of the courageous belief that free people can generally promote a better, more beautiful world through discourse. The courage required to permit others to speak, not knowing what they may say, far exceeds the courage of merely saying something unpopular.

Historically, fear commonly led to censorship. The Athenians sinned against philosophy by executing Socrates for corrupting the young, a fear of the influence of discourse. Similarly, the Pope compiled an Index of banned books and sought to censor them, fearful of the influential power of written words. Fear governed the world's old order.

After weighing the liberating potential and corrupting dangers of pamphlets, America rejected the old order and institutionalized courage as common sense. Freedom of speech is the courage of a brave new world.

(To digress briefly into unimportant news stories, you should not punch Nazis merely for expressing their views. Only cowards without such faith in discourse and alternative peaceful methods would do so – and the cowardly types who have forgotten Ruby Ridge.)

Similarly, the Bill of Rights institutionalizes one courageous principle after another. The Bill of Rights trusts people with guns, protects potential criminals through warrants and other procedures, and generally imposes substantial burdens on the government before it can override individual freedoms, all because of the courageous general faith in free people.

The Freedom of Movement

Along with the above principles, the United States has a long history of embracing the courageous principle of Freedom of Movement.

America was formed by immigrants who courageously journeyed thousands of miles to leave European persecution and seek wealth and freedom. Without passports or other border restrictions, America promoted friendship and growth across state boundaries by allowing Freedom of Movement. Though the Constitution does not explicitly include such a right, the Supreme Court has correctly recognized that people have the right to travel freely between states.

Freedom of Movement between states is such a strong principle that nobody even considers imposing border restrictions. People from St. Louis, Baltimore, Detroit, and other American cities that rank among the world’s most dangerous can freely traverse anywhere else in America without legal barriers, even as national borders prevent the impoverished immigrants of safer foreign cities from doing the same.

Internationally, America also used to embrace such a broad principle. From the late 1700s until the late 1800s, though citizenship was unconscionably selective, the federal government allowed all foreigners to enter the United States – and, with the understanding that the naturalization clause only gave Congress control over citizenship, had no choice but to do so. To celebrate a century of such Freedom of Movement, France gifted America the statue of liberty with a famous poem dedicated to such American courage.

Unfortunately, around the same time, the federal government’s fear of the Chinese led it to pass the Chinese Exclusion Act, and the Supreme Court mistakenly upheld it. Thus, Freedom of Movement split from a courageous principle to a discretionary privilege, literally allowing fear to determine the borders of freedom.

Outside the context of the Chinese, such discretion remained largely unexercised for decades. Unencumbered by national borders, by World War I, two million Jews successfully fled Russia’s pogroms to freedom and safety in America.

Fear undermined this principle and led to the death of millions during the Holocaust in World War II.However, by the 1920s, the dangers of discretionary power took hold, and the United States severely reduced legal immigration with its national origin quota systems. By World War II, the United States and the whole world had rejected immigrants.

The greatest victims of Freedom of Movement’s demise were the Jews that the world rejected at the Evian Conference and thereafter. Americans widely opposed Jewish refugees out of fear that some of them may secretly be communists or Nazis.

Unlike the millions saved by a courageous embrace of Freedom of Movement through World War I, fear undermined this principle and led to the death of millions during the Holocaust in World War II.

Without the courageous principle of Freedom of Movement, people’s fears determine and limit how many refugees can escape despotism and warfare. Just as fear trapped Jewish refugees during World War II, such fear traps Syrian refugees now.

Emphasizing the underlying fear, a thought experiment that opponents of Syrian refugees commonly ask goes something like: imagine you have a bowl of 1,000 skittles, only ten of which are poisonous. Would you eat the skittles? If not, then you understand why Syrian refugees must be so carefully restricted. Most alleged refugees might not be dangerous, but the government cannot know which ones are harmless and must prevent them all from entering to stop poison from seeping over our borders.

In reply to this thought experiment, most defenders of refugees argue over the numbers. Statistically, as mentioned above, refugees are vetted carefully and virtually all harmless, and almost none have been murderers or terrorists. Moreover, basically all studies on immigrants (legal, illegal, refugees, etc.) show that immigrants are less likely to commit violent crimes than typical Americans. So, if you increase the bowl size to like 3,200,000 skittles with 20 poisonous, then yeah, the chance is justified.

In contrast to this response, I do not think the exact proportion matters much because of the agreement that almost all the refugees should ideally be allowed to enter. The skittles thought experiment is the coward's game for people lacking the courage to accept Freedom of Movement as a principle.

Courageous principles do not create perfect worlds. They create structures in which people have the freedom to shape the world, for better or worse.Courageous principles sometimes allow bad outcomes. Freedom of speech allows for some noxious ideas to spread. Gun rights allow for some bad people to more easily engage in violence. Requirements for warrants allow for some criminals to hide their crimes. And freedom of movement allows for some bad people to travel where they can do harm.

Such courageous principles do not create perfect worlds. They create structures in which people have the freedom to shape the world, for better or worse – with better usually winning. Depriving the vast majority of people's freedom to prevent a small minority from spreading evil impoverishes and threatens everybody.

Courageous Americans who embrace the existing dangers of speech, guns, and warrants should also similarly embrace the dangers of movement. Fear-induced discretionary restrictions on freedom of movement mean 99 ash-ridden Syrian children suffering from poverty, warfare, and death for the chance of maybe keeping out one bad person.

In sum, to paraphrase Shakespeare, cowards kill many times before their deaths; the valiant's tastes let others live.

Thus, cowards ask how many poisonous skittles might sneak in with a broad rainbow and fear the tiny shadows that enter with the radiant light. In contrast, the valiant ask how many Anne Franks will die if we fear these tiny shadows and instead courageously opens the golden door for the rainbow, realizing today’s Anne Franks are in Syria.

Sean J. Rosenthal is an attorney in New York.