Most of the supposedly compassionate welfare states have dismal levels of charitable giving.

When I’m in Europe giving speeches and participating in conferences, it’s quite common that folks on the left will attempt to discredit my views by asserting that Americans are selfish and greedy.

Since I’m generally sympathetic to Ayn Rand’s writings, I don’t see anything wrong with people striving to make themselves better off. Moreover, Adam Smith noted back in 1776 that the desire to earn more money leads other people to make our lives better. One of his most famous observations is that, “It is not from the benevolence of the butcher, the brewer, or the baker, that we can expect our dinner, but from their regard to their own interest.”

Americans are easily the most generous people in the developed world.

But, for the sake of argument, let’s accept the premise of my statist friends in Europe and simply look at whether their assertion is correct. Are Americans more selfish and greedy that their counterparts across the ocean?

The most obvious way of testing this proposition is to compare rates and levels of voluntary charity. Selfish and greedy people presumably will cling to their money while compassionate and socially conscious people will share their blessings with others.

So how does the United State compare to other nations? Well, I’m not a big fan of the Organization for Economic Cooperation and Development, but the bureaucrats in Paris are quite good at collecting statistics from member nations and producing apples-to-apples comparisons.

And if you look at rates of “voluntary private social expenditure” among nations, it turns out that Americans are easily the most generous people in the developed world. 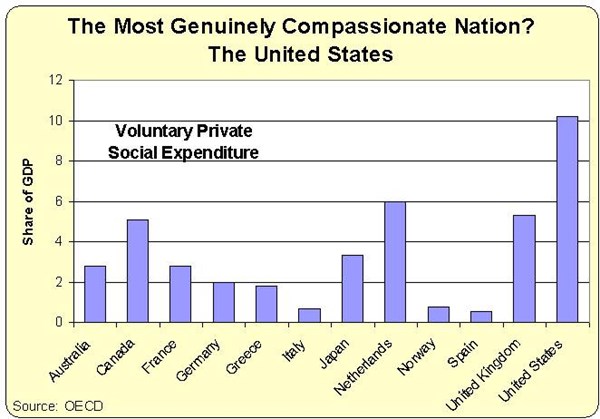 Wow, people in the United States are so generous that their voluntary giving amounts to 10.2 percent of gross domestic product. The only other nations that even crack 5 percent of GDP are the Netherlands, Canada, and the United Kingdom.

Most of the supposedly compassionate welfare states have dismal levels of charitable giving. Voluntary social expenditure in major European nations such as France, Germany, Italy, and Spain averages less than 2 percent of GDP. 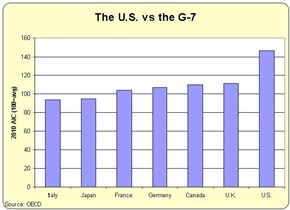 It’s also worth noting that these numbers actually understate the charity gap between Americans and folks from other nations. Economic output in the United States is about 30 percent higher than it is in the rest of the developed world, so charitable giving by Americans actually represents a much bigger slice of a much bigger pie.

Statists might respond by asserting that Europeans express their generosity through the public sector. I reject that comparison since – as I explained when criticizing a Michael Gerson column – it’s wrong to equate government coercion with private charity. 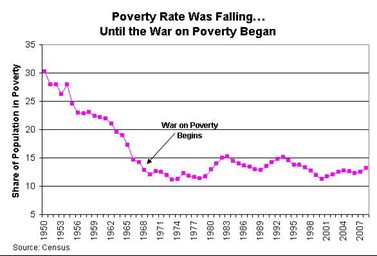 But even if you have the European mindset that government should be a vehicle for redistribution, the OECD numbers show that there’s not much difference between the United States and other developed nations. According to the OECD data, government redistributes 20 percent of GDP in America compared to an average of 21.9 percent of GDP for all OECD nations. And since there’s strong evidence that government redistribution undermines progress in the fight against poverty, I actually wish there was a big gap between America and other nations!

And don’t forget, by the way, that 20 percent of U.S. GDP is a lot more money than 21.9 percent of GDP in other nations, so government in the United States spends more on redistribution, on average, than other OECD governments. Indeed, I’ve already shared healthcare numbers making that same point.

P.S. It’s also worth sharing the data showing that proponents of small government in the United States are far more generous than those who favor a big welfare state.