Americans Are Embracing Bad Government Because They Don't Know History

Does it matter if the current generation of students have no clue whether or not one leader killed more people than another from a rival government?

If one truly wants to know how American students are doing in school, a look at the Nation’s Report Card might offer a better picture. Those numbers tell us that not even half of America’s high school seniors are proficient in any subject. The area they rank the worst in? U.S. History.

The fact that only 12 percent of U.S. high school seniors are proficient in history was recently reflected in another survey put out by YouGov. That survey asked Americans of all ages how familiar they were with famous leaders, many of whom were prominent Communist leaders from the last century. As the chart below shows, a number of millennials described themselves as “unfamiliar” with these leaders. 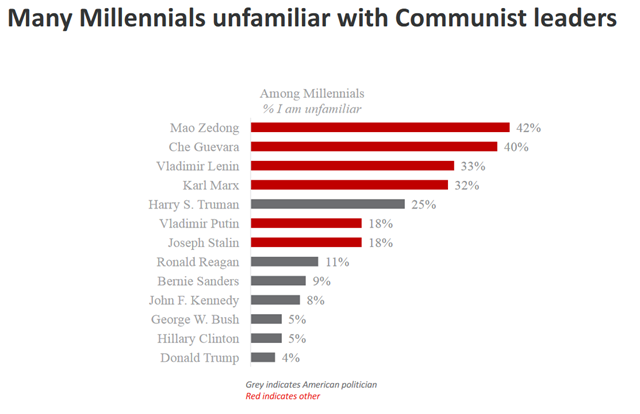 Perhaps that’s also why these same millennials were unfamiliar with the number of people killed under Communist leadership. In fact, 32 percent of millennials and gen-Xers believed that more people were killed under George W. Bush during his time in office than were killed during Joseph Stalin’s time in power. 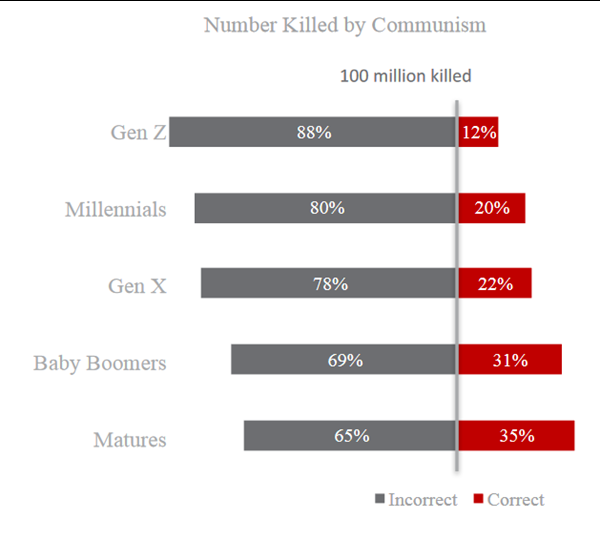 But so what, right? History is a boring subject full of old, privileged white men. Does it matter if the current generation of students have no clue whether or not one leader killed more people than another from a rival government?

According to Thomas Jefferson, it certainly does. In 1807 he wrote, “History, in general, only informs us what bad government is.”

In other words, if we expect our nation to stay on a straight course, then we need to make sure our students have a clear knowledge of governments throughout history – what worked and what didn’t.

Is it possible that our nation is in its current state because recent generations have not learned the lessons which past empires and nations teach us through the history books?