After Paris: There Is No Existential Crisis

I’m willing to bet the existence of the entire human race that without the Paris Climate Accord, we will rise to meet the challenge of climate change successfully. 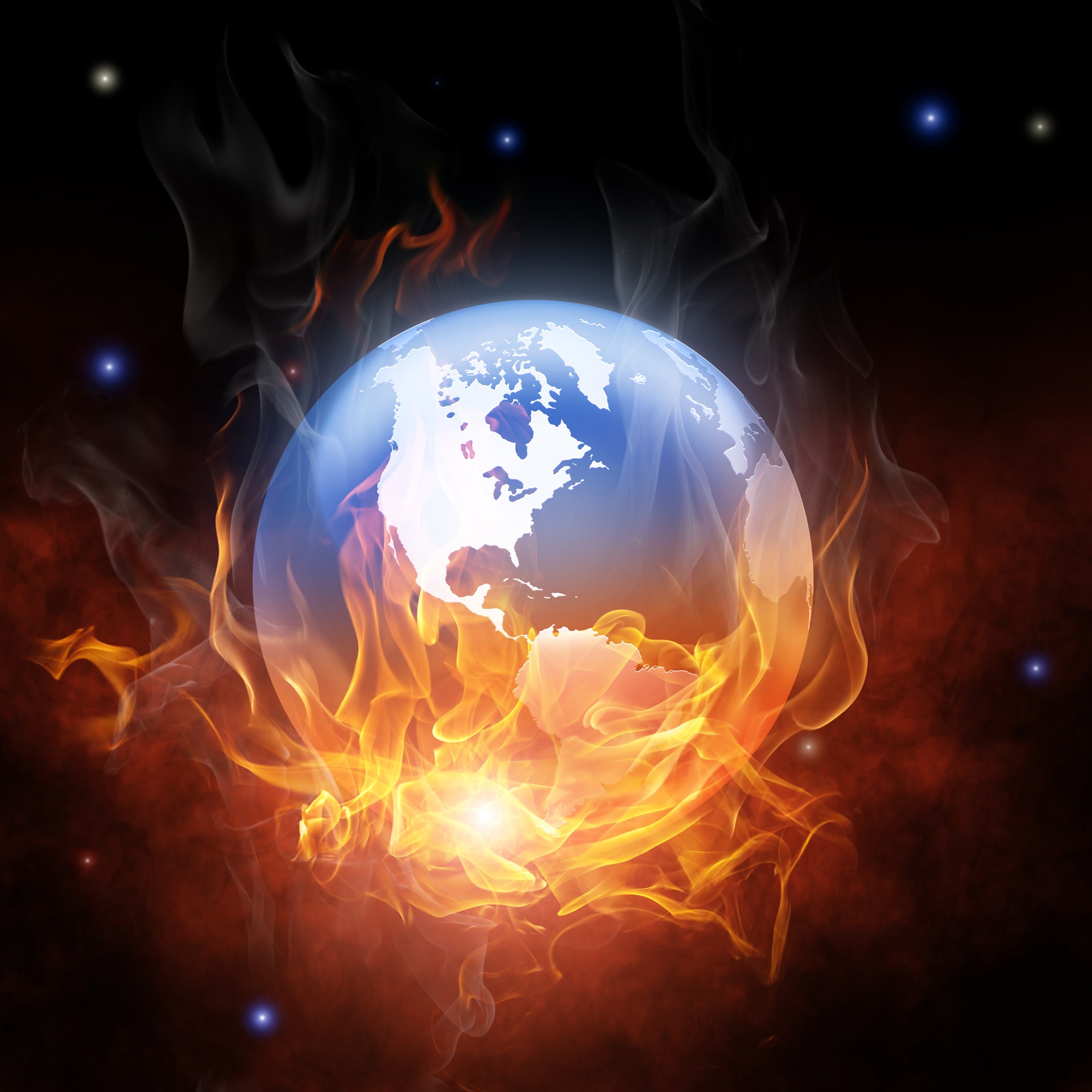 President Trump’s decision to withdraw the United States from the Paris Climate Accord has thrown the world into a blazing furnace full of weeping and gnashing of teeth—or the political world, at least, has been thrown into a fiery tizzy.

"Former President Barack Obama broke his silence, saying, in part, that with this decision the Trump administration "joins a small handful of nations that reject the future."

If we fail to use the heavy hand of government to brave the future, why should we assume the human race will fail to innovate and adapt to complex challenges on its own?Former Secretary of State John Kerry lambasted Trump’s decision as “an ignorant, cynical appeal to an anti-science, special-interest faction,” as well as saying, “This choice will rightly be remembered as one of the most shameful any president has made.”

And the list goes on and on and on.

To hear these people talk, apparently, the human race can only progress into the future and create new industries and technologies if we are flogged into it begrudgingly by our ‘wise’ government and corporate leaders.

Are we really ready to presume what human society will look like several decades from now? Are we seriously expected to believe that government action is the only way to tackle the problem of climate change? If we fail to use the heavy hand of government to brave the future, why should we assume the human race will fail to innovate and adapt to complex challenges on its own?

Imagine, if you will, a world where you cannot turn to governments to solve problems such as climate change.

How would you achieve your righteous ends? Would you simply do nothing if you could not turn to government?

I ask because too often, noble goals serve as a Trojan Horse for political control.

Governments often present us with grand solutions as gifts for our real and perceived problems, but once inside the gates, they proceed to saddle our communities with a slew of regulations, mandates, taxes, diktats, quotas, subsidies, penalties and the like. The cursed gift of government, it seems, is always a central plan that conflates voluntary cooperation, collective action, and even community itself with centralized political control.

But we do not need the trappings of central planning to solve our collective problems. Society can run itself, thank you very much; it needs no single creator or director.

Society already has great gifts for solving complex human issues—individual liberty, initiative, and ingenuity, along with the free and open exchange of goods and ideas—and we need not sacrifice these liberal benefactors of the modern world to dream impossible dreams and fight unbeatable foes.

Too many would rather rely on commanding and controlling others to fix humanity’s wicked problems than freely solve the problem themselves. The greatest achievements of the human race have not come from government committees and accords, but from intrepid yet everyday individuals working in concert to tackle the unknown and implacable through innovation and persuasion.

Yet, rather than allowing people to freely choose and coordinate their own plans in our common struggle against nature, too many people first brand other people as the problem. Too many would rather rely on commanding and controlling others to fix humanity’s wicked problems than freely solve the problem themselves. Too many conflate the government’s failure to act as society signaling we are resigned to do nothing—thus, the weeping and gnashing of teeth over Donald Trump’s recent decision.

I find all the hysterics and tears of hubris laughable. This mindset deserves to be mocked for its lack of imagination and obsequious acceptance of corporate cronyism and global governance as the only path to the future; it deserves to be mocked for claiming the singular appearance of “doing something” (without much effect) is better than actually tackling the problem from many different directions; it deserves to be mocked even on environmental activist grounds as a list of empty promises and half-measures, as a perversion of the cause, just as a free trader may mock NAFTA or an anti-war activist may mock Barack Obama receiving the Nobel Peace Prize; and it deserves to be mocked for how little it respects the ability of average people to change their station and adapt to the changing world on their own without the pretentious prodding of government leaders.

I’m willing to bet the existence of the entire human race that without the Paris Climate Accord, we will rise to meet the challenge of climate change successfully.

Further, if we would shrink government generally—i.e. give average people the freedom to think and trade as they wish in the energy sector or any other industry—then by the accord’s own target year of 2100, the market (which is simply free people trading and producing as they wish based on their own enlightenment) will have reduced carbon emissions and given us new technologies beyond the wildest dreams of those now bemoaning the U.S. withdrawal from the Paris Climate Accord.

In fact, the U.S. clean energy sector has grown leaps and bounds in only the last few years despite the lack of a robust central plan. Coal is already giving way to cleaner forms of energy and will continue to do so no matter what Donald Trump promises the miners of West Virginia. And the fact that there is this burgeoning clean energy industry does not mean we should engage in crony capitalism and wealth redistribution between nations to “prime the pump.”

It’s time to stop looking to central governments and global committees—whether the issue is climate change or poverty or education or whatever—to make our world a better place.Picking winners and losers in the clean energy sector is just as bad as doing so in any other sector (including the fossil fuels industry.). Must we really kowtow to corporations and their client states by granting them government privileges and sweetheart deals to create new technologies they already have enough incentive to create anyway?

No, if we wish to solve the climate change problem, I suggest we try, first and foremost, to create products and services that will actually make people’s lives better immediately rather than imposing immense costs upfront with no clear time horizon wherein we reap the benefits. Just as one need not convince people of evolution before they take vaccines or life-saving drugs, there’s no need to convince people of the science of climate change if you can sell them a better, cheaper, cleaner, and more practical way to power their lives.

Shaming, lecturing, and trying to control people’s behavior through the political process for unclear results and opaque benefits is not serving this cause well, as sound as the science and as noble as the cause may be.

Don't Depend on the Government

That’s the spirit, Jeff, but my only question is: what the hell have you been waiting for?

Industry and the people of the United States should have been saying this long ago. It’s time to stop looking to central governments and global committees—whether the issue is climate change or poverty or education or whatever—to make our world a better place.

The time for us to pursue the future ourselves is long overdue, and it would be a shame to sell ourselves and the future short because we’re too busy bickering over political power.