A Snowflake of Social Order

The magic in the mundane

My RSS reader brought me this post from Marginal Revolution, which contains a spectacular close-up picture of a snowflake, taken from a book of such pictures. 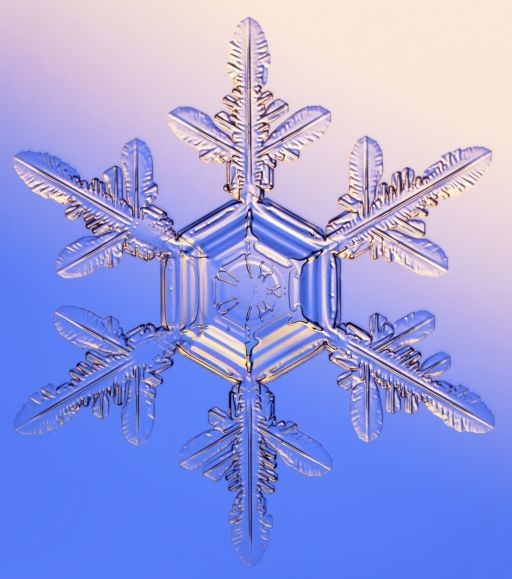 As I hope it does for you, just looking at that photo brought me up short and made me stop in awe, reverence, and wonder. The intricacy, detail, complexity, and sheer beauty of that product of nature cannot be captured in words. And when you stop to consider the uncountable number of snowflakes that fall each year (most of them on my driveway it would seem), all of that awe is upped an order of magnitude.

It is said that only God can make a snowflake. Well for those who understand the science, or who are atheists, we know that you don't need God to do so. But even to an atheist like myself, the spontaneous order of nature can (and should!) generate the same awe, reverence, and wonder that the contemplation of God generates in those who believe. Unfortunately, whenever my wonder at the beauty of nature is engaged, it is with a tinge of frustration.

That snowflake produces in me the same aesthetic-emotional reaction I have when I begin to think about Leonard Read's "I, Pencil," or when I ponder the intricate, detailed, complex, and beautiful processes by which Chilean grapes appear in my grocery store in rural New York in the middle of winter. The pencil and the grapes are "social snowflakes": they look simple, but when we hold them still and examine them with the analogous level of detail as that photo produces in the snowflake, they turn out to be the products of extraordinarily complex and intricate social processes that were designed by no one.

My aesthetic reaction of awe and wonder is a response to what Pete Boettke, in a perfect turn of phrase, recently referred to as "the mystery of the mundane." What is more mundane than a snowflake? And yet what, it turns out, is more beautiful and complex than a snowflake? And in the way their mundane surface appearances hide processes of production whose awesome complexity was the product of human action but not human design, and should equally be a source of aesthetic and intellectual contemplation, the pencil and grapes are indeed "social snowflakes."

My fervent wish for the 21st century is that more smart and caring people can begin to see and appreciate "social snowflakes." People who are so willing to accept the existence and beauty (and benevolence!) of undesigned order in the natural world should be more willing to open themselves to the possibility that there are processes of undesigned order at work in the social world too.

These people know that no one can make a snowflake, but seem blind to the fact that much of the innocent blood that was spilled in the last century was because too many people thought they could intelligently design the social world. Not repeating those mistakes will require a renewed aesthetic appreciation of, and deep desire to understand, the awesome beauty and complexity of the undesigned order of "social snowflakes."

This post originally appeared on Liberty and Power on Christmas 2005.