5 Videos on the Ominous Parallels of Star Wars

Evil regimes aren't necessarily staffed all the way down with evil people. 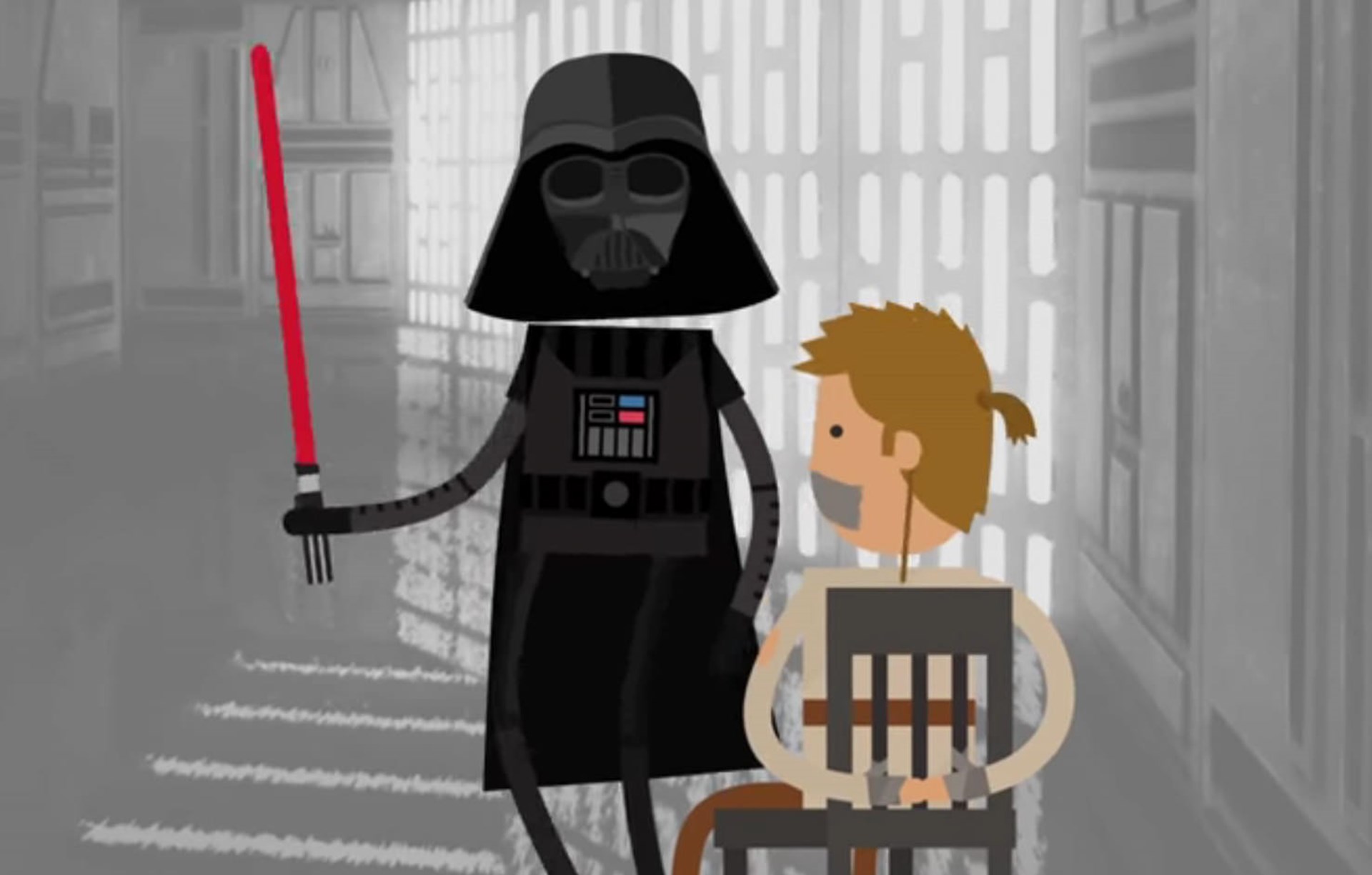 Our friends at Learn Liberty, the video gurus and popular educators that they are, never stop looking for ways to get the ideas of liberty into the minds of students (and the rest of us). They learned a long time ago that a pop culture connection is a great way to market a topic that would otherwise sound too complicated or remote.

Naturally, they’ve made use of the massive fandom surrounding one of the most popular entertainment franchises in history, Star Wars, with their Liberty Awakens campaign, originally launched to coincide with the release of Star Wars: The Force Awakens in 2015. Much like the George Lucas/Disney behemoth itself, however, the campaign has continued to be extremely popular, so recently they launched their latest episode with Prof. Amy Sturgis on “Good and Evil in Star Wars.”

Sturgis, a professor of intellectual history at Lenoir-Rhyne University in Hickory, North Carolina, talks about how individuals react to government sanction of immoral acts and what tales from the Star Wars universe can teach us about the responsibility of individuals to confront evil in the world. You can find her analysis and other lessons from Star Wars in the following videos.

P.S. You can see how your political views would play out in the Star Wars universe with this quiz.

Does Fear Cost Us Our Liberty?

Star Wars Conspiracy: Behind the History

Star Wars Conspiracy - Is Star Wars About The Holocaust?