These cartoons perfectly capture the left's narrative about the Great Depression, but they also apply to countless other policies.

The Great Depression was an unimaginably miserable period in American history. Income fell, unemployment rose, and misery was pervasive. 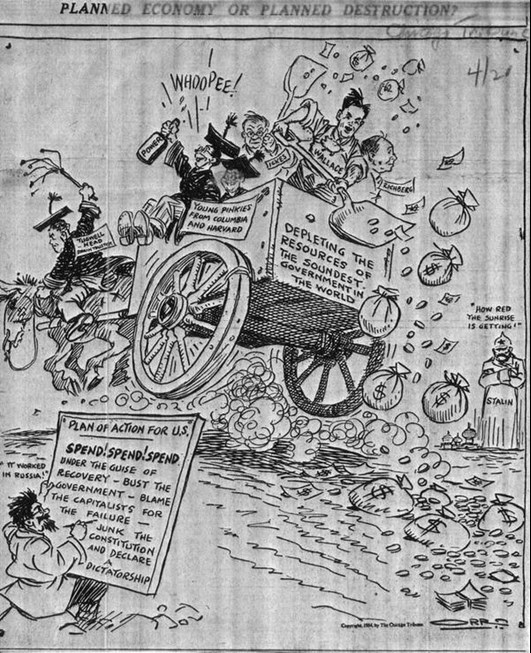 But there was still room for political satire in the 1930s. Here’s a cartoon that I shared back in 2012. Based on the notations in the upper right, I gather it’s from the Chicago Tribune, though I don’t know if that’s actually true. And I also don’t know the year.

But I certainly sympathized with the message since Hoover and Roosevelt were big-spending interventionists.

Hoover saddled the economy with taxes (an increase in the top tax rate from 25 percent to 63 percent!), spending, protectionism, regulation, and intervention. Roosevelt then doubled down on almost all of those bad policies, with further tax rate increases (up to 79 percent, and he even pushed for a 100 percent tax rate in the early 1940s!!), more spending, and lots of additional regulation and intervention.

And here’s a cartoon I posted the previous year. 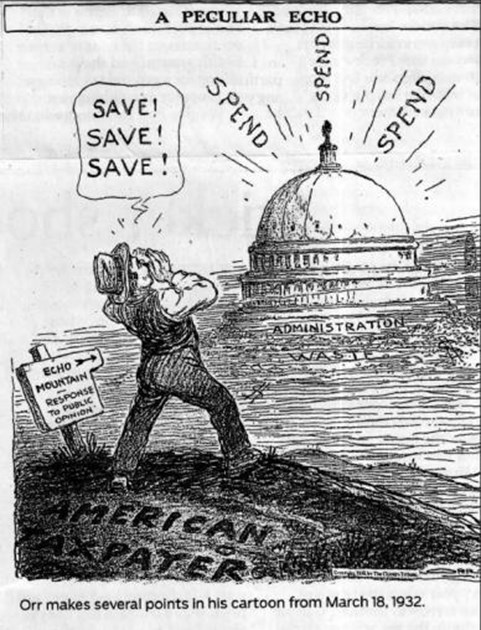 Since I don’t know whether public opinion was on the right side, I don’t know if it accurately captures the mood of taxpayers.

But it’s 100-percent accurate about the instinctive response of politicians. For “public choice” reasons, the crowd in Washington has an incentive to buy votes with other people’s money. One might even say they spend like drunken sailors, but that’s actually an understatement.

But I’m beginning to digress, as is my wont. Let’s get back to satire and the Great Depression.

And I’m going to be creative. That’s because I saw a cartoon on Reddit‘s libertarian page that makes a very general point about government causing a mess and politicians then blaming the private sector. But because I’m a goofy libertarian policy wonk, I immediately thought that this is a perfect summary of what happened in the 1930s.  Hoover and Roosevelt hammered the economy with bad policy, the economy stayed in the dumps for an entire decade, yet the political class someone convinced a lot of people it was all the fault of capitalism. 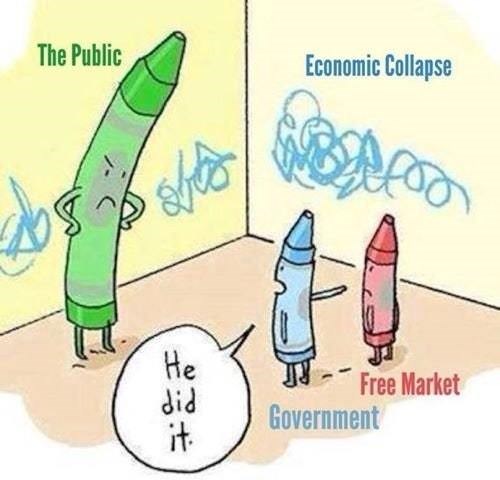 While I will always view this cartoon as the spot-on depiction of what happened in the 1930s, it obviously applies much more broadly.

Maybe what we have is the cartoon version of Mitchell’s Law. That’s because when politicians cause a problem and blame the free market, they inevitably then claim that the problem justifies giving them more power and control. Lather, rinse, repeat.