The Biggest Lie in "The Boys"

The Boys is a gritty, dark, cynical show and that depicts a world where superheroes are not beacons of inspiration, but the horrible creation of a giant corporation looking for military contracts against the wishes of politicians and the military... But does that actually make sense?

In this episode of Out of Frame, we look at the economics of war, mad scientists that work for the military, and some totally insane projects that rival anything you're ever going to see in fiction.

The Army would beg for "The Boys". 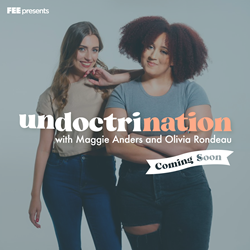