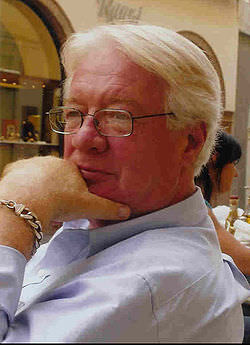 When various skeptics question the soundness of the American political system, one of their targets is the idea of human nature. After all, the founders took their political philosophy mainly from John Locke, who thought human nature does exist and, based on what we know of it (and a few other evident matters), we can reach the conclusion that all human beings have certain rights. This is what is meant by holding that there are natural rights and that they are prelegal, not a creation of government.

One of President Obama’s top advisers—and the man until recently in charge of the federal government’s regulatory operations—rejects this idea. Cass Sunstein, who is now a professor of law at Harvard, rejects any notion of rights not fashioned by government. And one reason for this may well be, although I am not certain about it, that Professor Sunstein does not agree that human nature exists.

Certainly many prominent legal and political theorists share this skepticism, first among them the English jurist and political theorist Jeremy Bentham, who dubbed natural rights “nonsense upon stilts.” More recently one skeptic argued that because in some cultures there is no reference to human nature anywhere, let alone in the law, the idea of human nature cannot be right, as if consensus determined whether human nature exists. As if it were impossible that some folks could be entirely ignorant of what human nature is, so much so that they might even deny its existence. Yet, the following, from Laszlo Versenyi’s “Virtue as a Self-Directed Art,” should dispel the skepticism:

If human nature is unknowable then so is human good and it is impossible to talk about human excellence in general. Indeed it is impossible to talk about man as such, since man as such could not even be identified. Barring all knowledge of human nature—that which makes a man a man—the word man would mean nothing and we could not even conceive of man as a definite being distinguishable from all other beings. Consequently anything we might say about man would be necessarily meaningless, including the statement that human nature as such is unknowable to man. Thus the postulate of the strict unknowability of man is self-contradictory. To the extent that we talk about man we obviously hold that his nature is, in some respect at least, knowable.

When the idea emerged in philosophy that things have a nature—starting with Socrates and his pupil Plato—it was thought that the nature of something resembled geometrical objects by being perfect and timeless. So if there is a human nature, it must be something perfect and atemporal.

However, because none of us is going to live for eternity, none of us can establish anything as timelessly true. If human nature has to be something like that, then skepticism about it would be fully warranted.

But human nature—and, indeed, the nature of anything else—need not be timeless. What makes us all human, our human nature, can be the most up-to-date, well-informed specification of attributes, capacities, or properties so far. Anything else would be unreasonable to ask for since none of us is going to be here until the end of time and cannot thus establish that what we understand as human nature will not need some modification or adjustment. The principles the American founders rested on human nature were understood as capable of being updated, which is why the U. S. Constitution has provisions for its amendment. This, however, does not justify fundamental doubt or skepticism about either human nature or the principles based on it, such as our natural rights or, indeed, anything else that we know.

So, at least one source of skepticism about our basic rights—rights that do not depend upon government’s granting them (even if their protection is government’s main job)—can be set aside. But there is more.

We are all dependent upon knowing the nature of things so that we can organize our knowledge of the world. We know, for example, that there are fruits (a class of some kind of beings) and games (another class) and subatomic particles (yet another class) and so on. These classes or natures of things are not something separate from the things being classified, but constitute their common features, ones without which they wouldn’t be what they are. Across the world, for example, apples and dogs and chickens and tomatoes and, yes, human beings are all recognized for what they are because we know their natures even when some cases are difficult to identify fully, completely, or when there are some oddities involved.

So there is good reason that governments do not create rights for us—we have them, instead, by virtue of our human nature. And this puts a limit on what governments may do, including do to us. They need to secure our rights, and as they do so they must also respect them.

Tibor Machan is a professor at the Argyros School of Business and Economics, Chapman University.