Natural Rights are "Nonsense Upon Stilts" 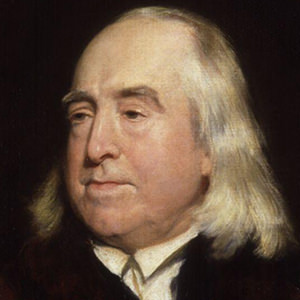 By Jeremy Bentham
Sentence 1. The end in view of every political association, is the preservation of the natural and imprescriptible rights of man.
More confusion -- more nonsense, -- and the nonsense, as usual, dangerous nonsense. The words can scarcely be said to have a meaning: but if they have, or rather if they had a meaning, these would be the propositions either asserted or implied: --
1. That there are such things as rights anterior to the establishment of governments: for natural, as applied to rights, if it mean anything, is meant to stand in opposition to legal -- to such rights as are acknowledged to owe their existence to government, and are consequently posterior in their date to the establishment of government.
2. That these rights can not be abrogated by government: for can not is implied in the form of the word imprescriptible, and the sense it wears when so applied, is the cut-throat sense above explained.
3. That the governments that exist derive their origin from formal associations or what are now called conventions: associations entered into by a partnership contract, with all the members for partners, -- entered into at a day prefixed, for a predetermined purpose, the formation of a new government where there was none before . . ., that all governments (that is, self-called governments, knots of persons exercising the powers of government) that have had any other origin than an association of the above description, are illegal, that is, no governments at all; resistance to them and subversion of them, lawful and commendable; and so on.
Such are the notions implied in this first part of the article. How stands the truth of things? That there are no such things as natural rights -- no such things as rights anterior to the establishment of government -- no such things as natural rights opposed to, in contradistinction to, legal: that the expression is merely figurative; that when used, in the moment you attempt to give it a literal meaning it leads to error, and to that sort of error that leads to mischief -- to the extremity of mischief.
We know what it is for men to live without government -- and living without government, to live without rights: we know what it is for men to live without government, for we see instances of such a way of life -- we see it in many savage nations, or rather races of mankind . . .
In proportion to the want of happiness resulting from the want of rights, a reason exists for wishing that there were such things as rights. But reasons for wishing there were such things as rights, are not rights; -- a reason for wishing that a certain right were established, is not that right -- want is not supply -- hunger is not bread.
That which has no existence cannot be destroyed -- that which cannot be destroyed cannot require anything to preserve it from destruction. Natural rights is simple nonsense: natural and imprescriptible rights, rhetorical nonsense, -- nonsense upon stilts. But this rhetorical nonsense ends in the old strain of mischievous nonsense for immediately a list of these pretended natural rights is given, and those are so expressed as to present to view legal rights. And of these rights, whatever they are, there is not, it seems, any one of which any government can, upon any occasion whatever, abrogate the smallest particle.