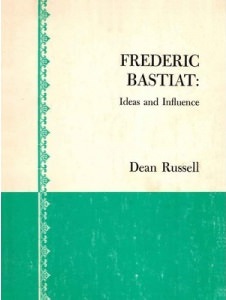 This work by Dean Russell examines not only the life of Frederic Bastiat, but more importantly goes into the details of how he shaped his monumental economic theories. Particular attention is paid to his earlier years, which paved the way for the work he did later in life. Orphaned at age ten, he was raised and educated by his paternal grandparents, who he inherited the family estate from when he was twenty-five. With the money he received, he was able to hire people to run the family farm so that he could devote his time fully to intellectual pursuits. More information on this and other important events in his life are covered in Russell's book, a must-read for Bastiat admirers and followers.