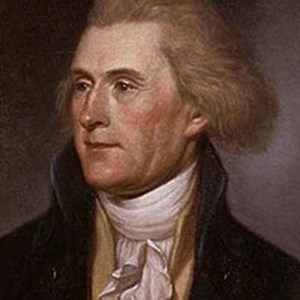 Thomas Jefferson (1743-1826), first Secretary of State, second Vice President, and third President of the United States. Jefferson was born in Virginia and trained as a lawyer, but his interests were too broad and his talents too diverse to be confined to a single profession. He was a linguist, mathematician, architect, inventor, essayist, planter, diplomat, statesman, and one of the most prolific correspondents of all times. Paul L. Ford published what became the standard collection of his Writings in 9 volumes in the 1890s.