If Politics Makes Us Worse, the Arts Make Us Better 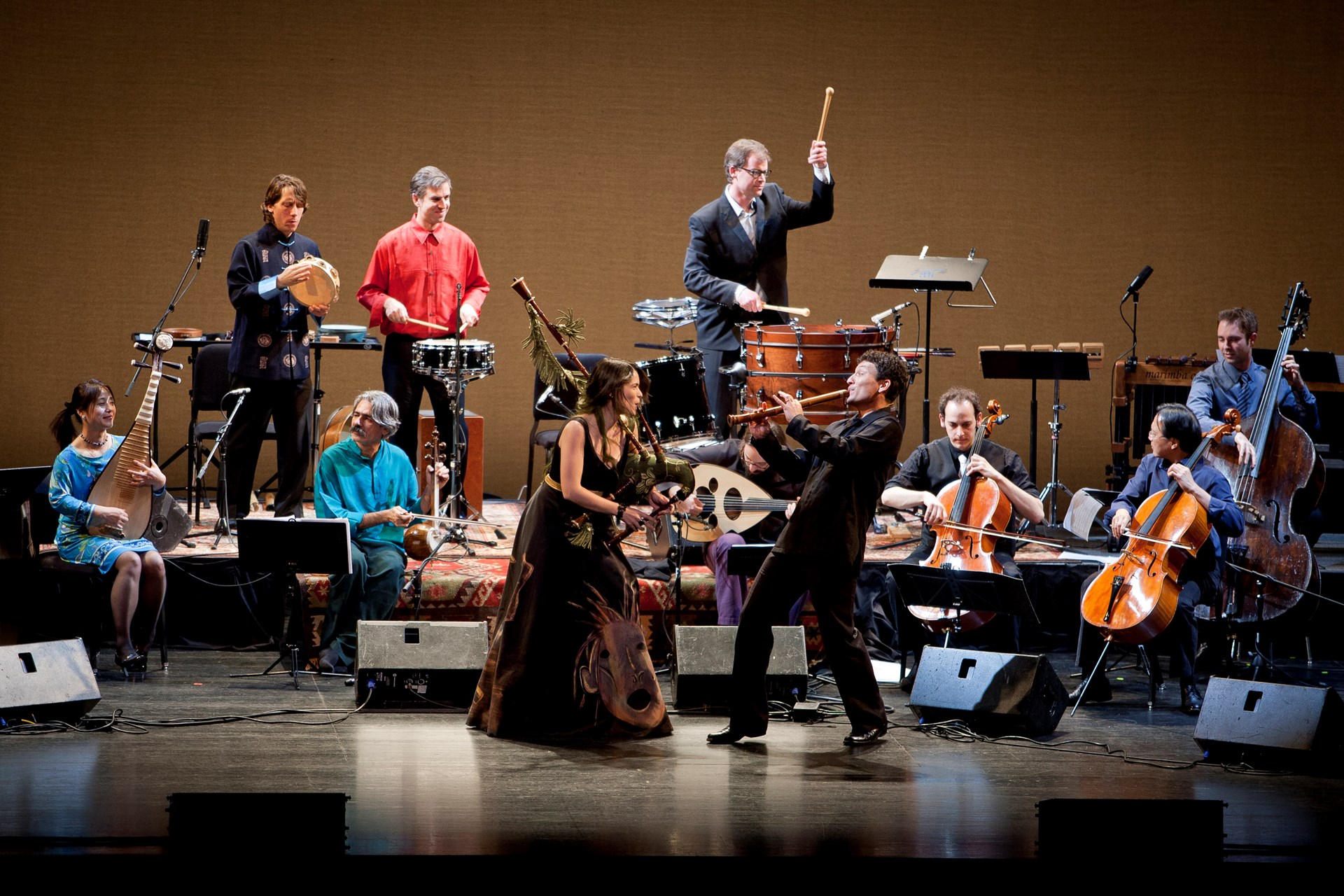 In the face of national tragedies, many hope to make sense of chaos by turning to the news. Across the spectrum, passionate people, from talking heads on cable to overnight experts on social media, wave fists and demand action.

Some politicize disasters for power; others, out of good intentions. Then sometime between mourning and moving forward, policy debates escalate into seemingly insurmountable divisions. And some people are into that.

But what would happen if the rest of us decided not to lean into polarization and despair? What if we chose instead to find meaning in creativity, peaceful collaboration, and optimism?

That question resonates through the film The Music of Strangers: Yo-Yo Ma and the Silk Road Ensemble, which opened in theaters last week. This hopeful documentary follows some of the world’s most talented musicians as they set aside divisions of language and their governments’ conflicts to join Yo-Yo Ma’s experimental ensemble. (And, yes, their music sounds phenomenal; check out The Silk Road Ensemble’s “Cut the Rug: Move the Earth” on Spotify for one example.)

As the film’s title reveals, we enter the story through the charming and surprisingly relatable Yo-Yo Ma. But it’s not just his story. The ensemble includes an unlikely and diverse cast of characters, several of whom turned to music in the face of government oppression.

Controlling the artist’s brush, the writer’s pen, or the musician’s instrument is an attempt to control all stories in society.

Wu Man, the Chinese pipa player, learned to play the traditional lute-like instrument at her parents’ request. Her family believed that music could help her escape the horrors of the Chinese Cultural Revolution. When she was only thirteen, the Central Conservatory of Music in Beijing accepted her into their program, where she earned acclaim as a child prodigy -- the first of many accolades in her illustrious career.

Kayhan Kalhor from Iran is an internationally celebrated kamancheh player and three-time Grammy nominee. He left his country in 1979, when universities closed during the Iranian Revolution. After intense study around the world, he returned to teach others his traditional craft. In the film, we see him struggle with the decision to leave his home behind again in the wake of violence and government censorship of the arts.

But even as the musicians’ countries experience war and disaster – from 9/11 to the current crisis in Syria – The Music of Strangers emphasizes that the ensemble players see themselves as collaborators, not as extensions or representatives of their governments. They are individuals who hope to honor their varying cultural traditions through innovation and experimentation.

Unsurprisingly, classical purists from many represented countries oppose this fusion. They argue that the Silk Road Ensemble’s music borders on cultural tourism and harms well-established traditions.

If politics makes us worse, creative expression and voluntary collaboration make us better.

Those criticisms do not (and should not) faze Yo-Yo Ma. Throughout history, the ability to bend artistic rules is critical to freedom itself. Creative people are storytellers. Controlling the artist’s brush, the writer’s pen, or the musician’s instrument is an attempt to control all stories in society. It is antithetical to human freedom. Consider this quote from Robert McKee, the author of one of the great modern books on storytelling, Story:

“Authoritative personalities, like Plato, fear the threat that comes not from idea, but from emotion. Those in power never want us to feel. Thought can be controlled and manipulated, but emotion is willful and unpredictable. Artists threaten authority by exposing and inspiring passion for change. This is why when tyrants seize power, their firing squads aim at the heart of the writer.”

In the documentary, Yo-Yo Ma argues rightly that for artistic traditions to withstand the test of time, they must evolve. Such evolution can ensure their place in culture. And culture -- film, art, music, or other forms of expression -- outlasts election cycles.

Interestingly the director, Morgan Neville, who may be best known for his Oscar-winning documentary 20 Feet from Stardom, also directed Best of Enemies, which expands on the William F. Buckley/Gore Vidal debates and the rise of 24-hour punditry. As Max Borders explains, that documentary explores how politics makes us worse.

Music of Strangers leaves the viewer with the other side of that debate. If politics makes us worse, creative expression and voluntary collaboration make us better.

As the trailer explains, “By trying to kill the human spirit, the answer of the human spirit is to revenge with beauty.” This year, which has been full of so much tragedy, I hope we can learn from the spirit of the Silk Road Ensemble. Let us revenge, not with bitterness and division, but with beauty.

Link to the trailer: http://www.silkroadproject.org/posts/the-music-of-strangers

Lana Link, the Moving Picture Institute's vice president of talent development, recruits filmmakers into MPI's grant programs and masterclasses, which she also produces. She also writes and produces original screenplays, such as GRINGA, a short film premiering in 2018. She is a creative producer for Webby-winning online comedy news channel WE THE INTERNET TV and has associate producer credits on documentaries including MAMA RWANDA and INCARCERATING US. She has years of experience mentoring filmmakers in their careers and during all stages of production, including marketing and distribution.