Will Grigg Was a Mighty Voice for Justice and Liberty

Each essay he wrote was a masterpiece of erudition and eloquence, precision and passion.

William Norman Grigg died this afternoon. He was a journalist, broadcaster, editor, musician, father, husband, and self-described Christian Individualist. He was also my hero.

Will’s main beat was stories about individual victims of the state: particularly Americans who have been unjustly imprisoned or wrongfully assaulted by government officers. His research for each article was exhaustive. From his home in Idaho, he traveled all around the northwest to get the story in person. He would get to know each subject personally, and seek face-to-face interviews with their powerful persecutors. His tireless work has saved several innocent lives from being slowly drained away in prison. He wrote so many pieces about Christopher Tapp, a man who has spent two decades in prison for a murder he did not commit, that the Libertarian Institute, where he was managing editor, will publish a whole book collecting them.

Each essay he wrote was a masterpiece of erudition and eloquence, precision and passion. He did not hurl invective. He simply described each official injustice exactly, stripped of all euphemism, as one would a crime committed by any “mundane” outside of the “punitive priesthood” and devoid of “blue privilege,” to use three of his many incisive coinages. He would illuminate the matter by drawing fascinating parallels from his expansive knowledge of history, literature, and popular culture: especially science fiction, which he loved. And he would slice to pieces the officious justifications of official victimizers with his razor-sharp reason. He was, bar none, the best writer in the liberty movement. And in his painstakingly produced podcast Freedom Zealot and his many interviews with Scott Horton, he seemed to craft final-draft prose as he spoke.

As his colleague Sheldon Richman wrote upon his passing, Will Grigg was, “Principled. Committed. Indefatigable.” It’s true. More than any other writer, Will represented moral true north for me. He suffered much financial hardship for his adamantine insistence upon saying what was right and true.

One of his many fans summed him up as, “Fearless. Loving. Genuine.” Also spot on. He made some very powerful and vindictive individuals very angry in his struggles for justice. It only made him fight harder. His sign-off for every essay and podcast was "Dum spiro pugno: While I breathe, I fight." And indeed, he fought magnificently for justice and liberty until he breathed his last.

Yet, he was also the sweetest, most gentle man you’d ever meet. He was a warm, adoring father to his children, about whom he wrote moving tributes on Facebook, and a strong, caring husband to his wife. He was a virtuoso on the electric guitar, on which he performed his own soundtrack for his podcast. And his many friends would share videos of adorable animals to his Facebook profile to see what kind of reaction they’d get in the comments from Will, who would always find a new humorous way to express his utter devastation at the sheer cuteness of the creature.

He was just a wonderful, wonderful man.

Time is fleeting. Use it. Live, love, create. Like Will did. 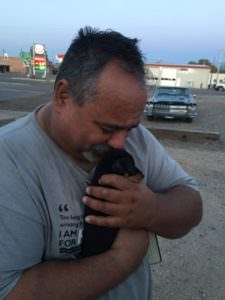 To help support Will’s large family, you can donate to his family fund.

What Jack Dorsey Should Realize about Twitter from Reading Rothbard

Can Socialism Ever Be 'Democratic'? Here's What Bernie Sanders Gets Wrong.