Why Liberty and the Nanny State Are Incompatible

State paternalism advocates defend the sentiment that government should regulate what its people can do, essentially deciding what is best for us. 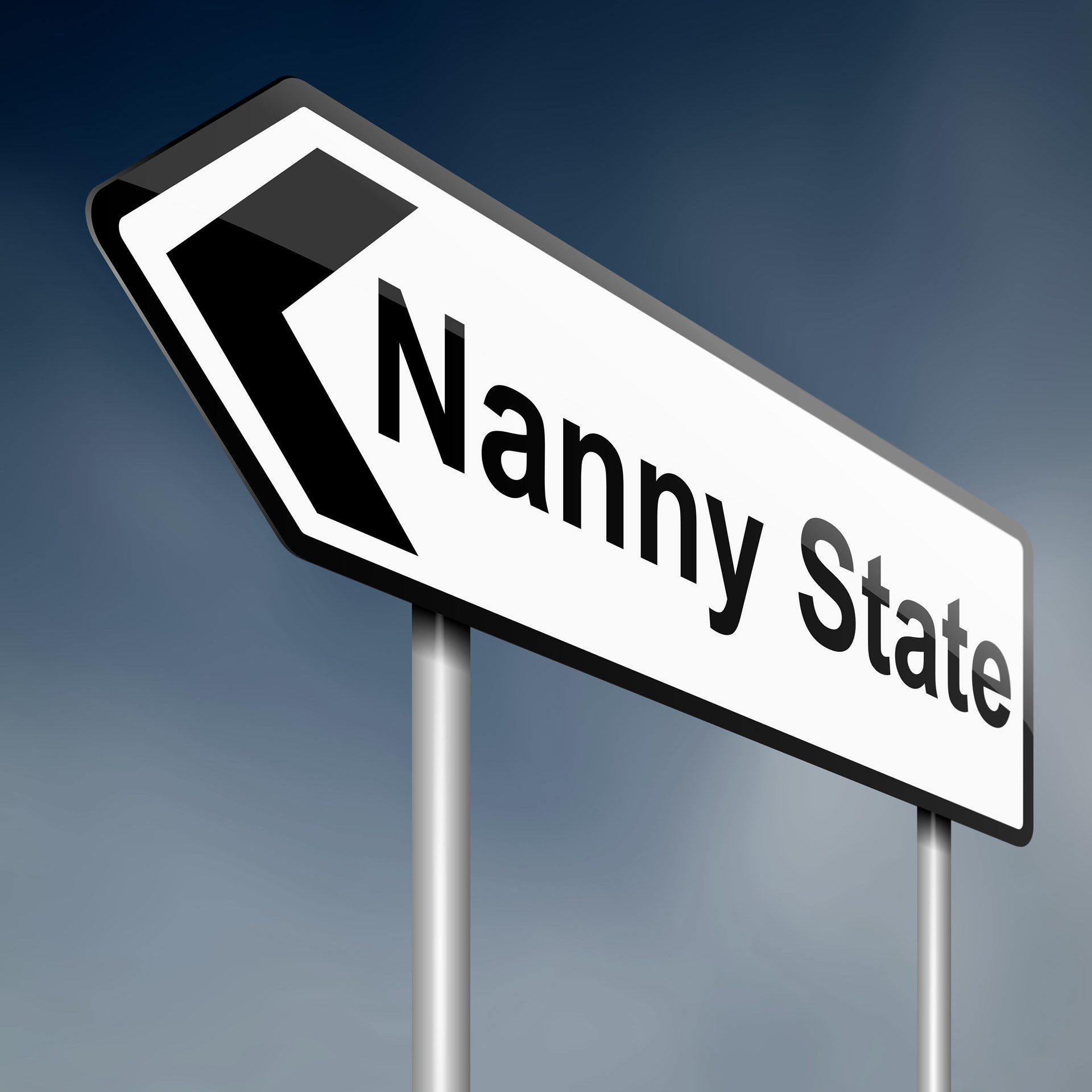 “State paternalism” advocates defend the sentiment that government should regulate what its people can do, essentially deciding what is best for us.

State paternalism operates under the guise of protecting people from themselves using government power; but it always ends in the destruction of liberty, responsibility, and solidarity.

Aside from the moral assault of having this “nanny state” controlling even small aspects of our lives, these policies rarely yield the desired outcome they were created to achieve.

Defenders of the Nanny State

Humans are unique creatures, our decisions and actions are arrived upon based on the knowledge we have accumulated from past experiences. Every book we read and each new person we encounter impacts our decision-making process to some extent.

However, each time we make use of this prior knowledge in a specific situation, a process has occurred in our brains that has ultimately decided how we should respond or act. Daniel Kahneman describes two different ways the brain forms thoughts: “system 1” is fast, automatic, frequent, emotional, stereotypic and subconscious; and “system 2” is slow, effortful, infrequent, logical, calculating and conscious.

As many people make their decisions according to “system 1,” instead of using “system 2,” many may not be making the most rational decisions.

But I must insist that my main reason for rejecting state paternalism is my defense of Liberty.

In my opinion, the problem starts when people fail to use liberty as a means of determining what is rational, especially when it comes to state actions. But without liberty taken into account, there can be no logical conclusions drawn, which makes us less free as a people. And if we are not free, we must be forced to be free, and the state will have to impose their “rational” decision on us in order to “liberate” us.

These are very dangerous ideas linked to the concept of positive liberty when the latter is taken to the extreme that led us to totalitarian regimes.

Then, of course, we have more subtle examples, like laws that “protect” the consumer: occupational licenses required to perform a certain task, subsidization of certain products, and minimum wage laws which are supposed to help the lower classes, but rarely do.

Why Should We Reject State Paternalism?

Second, many of these paternalistic regulations, like minimum wage policies, have bad results like the destruction, rather than creation, of jobs.

The most widely-recognized example of the nanny state failing is the prohibition of alcohol in the United States from 1920 to 1933.

Honest commerce was replaced by smuggling that gave rise to organized crime, cartel wars, and a loss of tax revenue. Additionally, corruption was very high between public officials and alcohol was still available in many places but at a higher price. Wealthier people bought from smugglers at a lower price so the poorer classes were harmed in greater numbers. Yet, the consumption of alcohol did not decrease.

As individuals, we are each responsible for our own decisions and the corresponding consequences.But in my opinion, the main argument for rejecting state paternalism is the moral one. Why should the state decide how I live? Am I not free to make my own decisions?

The human experience is about being free to choose. We have the freedom to take the logical, impulsive, or a mixed approach to learning from our decisions based on trial and error. Because as individuals, we are each responsible for our own decisions and the corresponding consequences.

Another moral reason to oppose the nanny state is the precedent that these types of policies set.

Where does this power of the state end? Who is going to protect us from this state’s paternalistic desire?

Looking again at the era of prohibition in the United States, I think it is important to remember Handcuffs by Fernando Pessoa, the most universally beloved Portuguese poet. Before exposing the consequences of prohibition, Pessoa gives us two critical paragraphs about the morale of prohibition saying:

"Let's not look at the social case; Treating it is not in the nature of this review, nor, therefore, of this article. Let us not consider what is depressing and ignoble in the circumstance of prescribing to an adult, to a man, what is to drink and what is not to drink; of putting him a muzzle like a dog or a straitjacket like a madman. Let us not consider that, going this way, there is no right place where it should logically be stopped: and if the state tells us what we shall drink, why not decree what we shall eat, dress, do? Why not prescribe where we are to live, with whom we are to marry or not to marry, with whom shall we have a relation or nor? All these things matter to our physical and moral health; and if the state is willing to be a doctor, tutor, and nurse for one of them, why should not it be so for all?"

It is important to remember that the state is not an abstract entity, but manifests itself through ministers, bureaucrats, and fiscals—men, who it seems, are far too incompetent to exercise upon us any supervision or tutelage in which we feel a plausible authority.

As long as I don’t violate the rights of others, I should be able to pursue what I want.

But I must insist that my main reason for rejecting state paternalism is my defense of Liberty.

As long as I don’t violate the rights of others, I should be able to pursue what I want. If I make a bad choice that’s my responsibility and if it is my desire to learn from that mistake, then I will. That’s how I learn to make better decisions in the future.

Through trial and error, education, debate and discussion, interaction with my family and friends, and a marketplace full of resources, there are numerous opportunities for individuals to change their behavior if they themselves have decided that is what they want to do.

We should respect who people behave in different ways, even behaviors with which we disagree. If those behaviors don’t cause us harm we should respect them and not impose our own set of individual morals on others.

However, we can, of course, discuss our points of view with others in the hopes that we may influence their opinions towards favoring liberty. This is what it means to be truly civilized and free.

Bernardo Blanco is a coordinator at Instituto Mises Portugal.