Why Are Cop Killings so Much Rarer than They Used to Be?

We don't know the answer — but it's probably not violent crime, trust in police, or bulletproof vests. 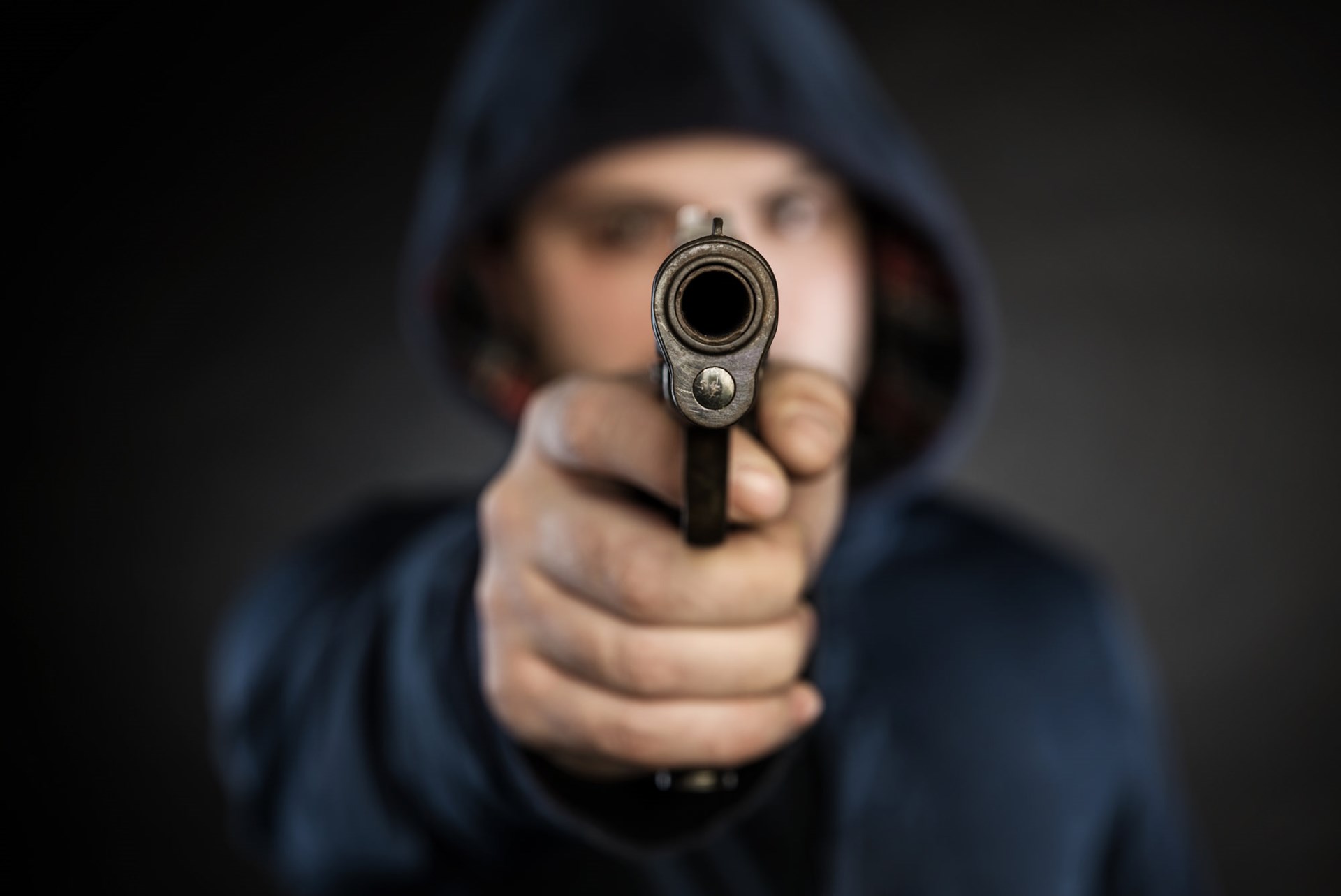 Despite several recent high-profile tragedies, police officers are much safer than they used to be. Fatalities, shooting deaths, and felony murders of police are way down. 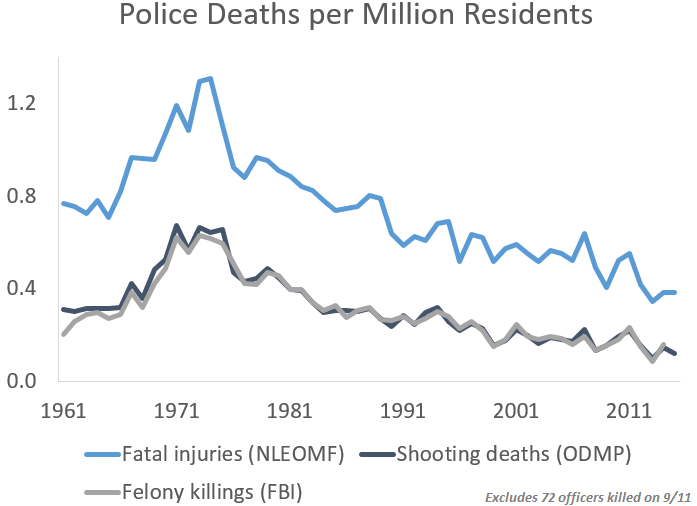 Since I started reporting on this trend two years ago, one question has continually nagged at me: why? Why is police work getting safer?

One answer is that we’ve just gotten better at saving lives — people who would have died from attacks and injuries are now surviving those assaults. Bulletproof vests became widespread and standard for police in the late 1980s, and emergency medical care has improved, as well.

Nobody can deny that these are valuable advances, but they can’t explain the trend.

First, killings of police were in decline for a long time before vests became common. Second, data from the FBI shows that assaults, injuries, and non-lethal shootings of police are also way, way down. In other words, cops are not just being saved from dying more often: they are being attacked and injured less frequently in first place. That's the larger phenomenon that needs explanation. 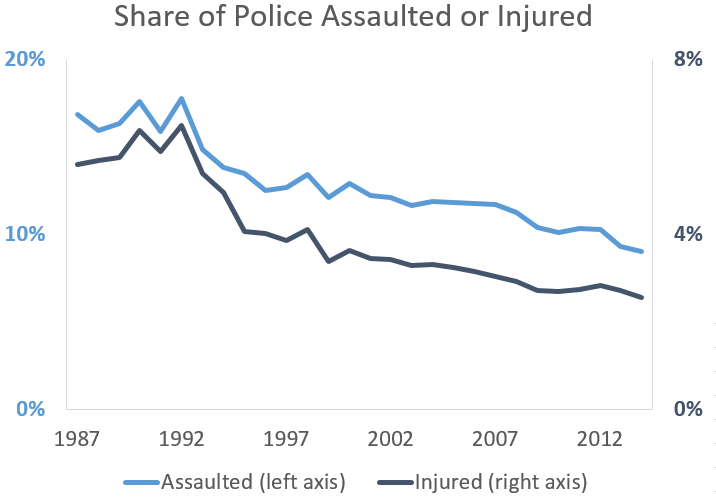 Another plausible answer is that all crime, especially murder and other violent crime, has plunged dramatically since the early 1990s. Because cops’ jobs are directly connected to crime and violence, you’d expect that killings of police would strongly track overall violence. This is so obvious that it is has to be true, on some level.

Trouble is, violence and police killings don’t correlate well. Cop killings peaked in the mid-1970s, while violent crime continued to rise drastically until the early 1990s. 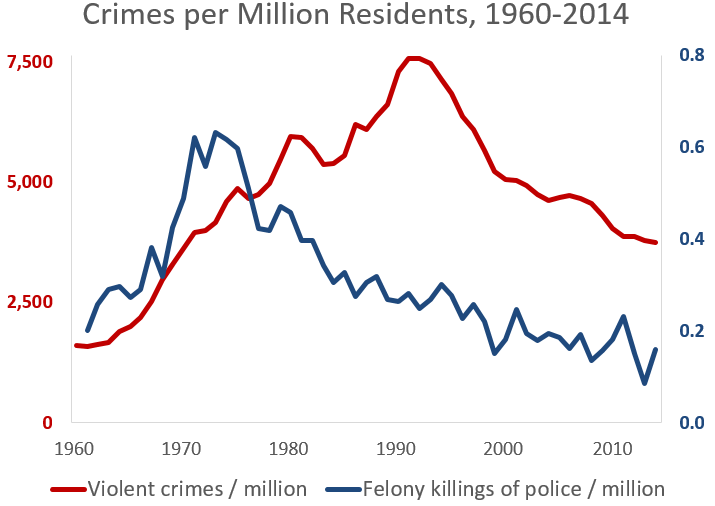 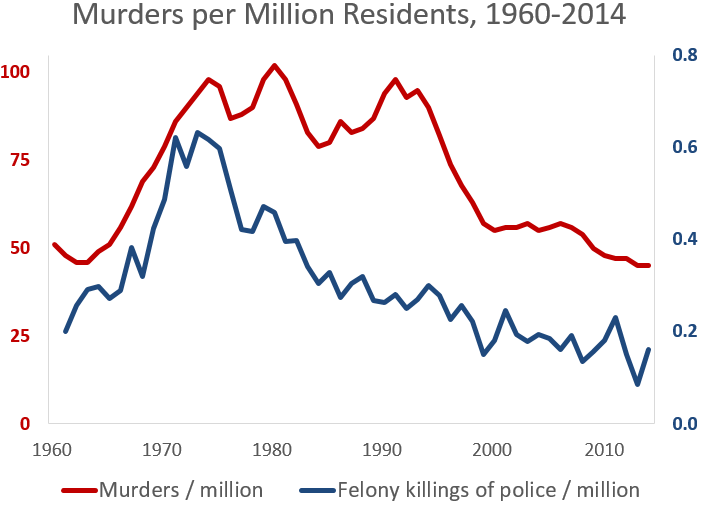 The most substantial drop in cop killings happened in those two decades before crime started falling. Killings of police per capita fell by 75 percent from 1973 to 2014 — but 80 percent of that decline happened between 1973 to 1992, while violence was still rising.

If it's not crime itself, maybe it's how people feel about the police. Another theory is that public opinion is responsible for officer safety: trust in or fear of police is what drives violence against cops. This theory does not appear to hold up, at least in the aggregate.

Gallup has surveyed the public about confidence in police since 1993, and trust in the police has been pretty steady for the last twenty-plus years, with only a slight dip in recent years. But killings of cops have steeply declined. 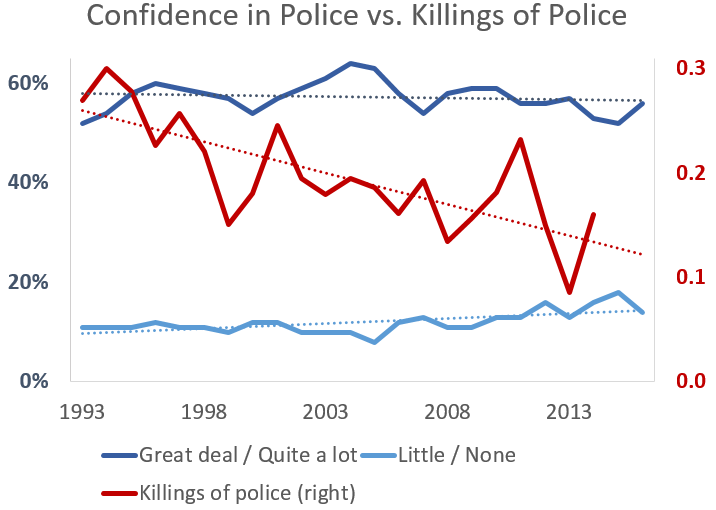 Non-lethal injuries and assaults on police declined dramatically, too. 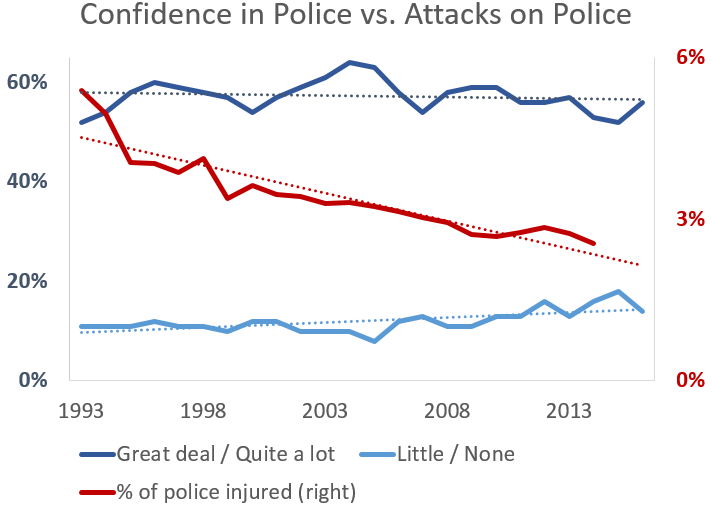 We have three perfectly sound intuitions about what might be responsible for officer safety, but they match up poorly with the data.

It’s possible that more data would give us a better clue, and it’s possible the data we have just isn’t good enough — “confidence” in police, for instance, might be too broad to measure what we want to know, and we might want to specifically focus on criminal suspects' views of police.

It's possible that different styles of policing play a role in officer safety, but it's hard to measure that or match up the advent of, say, "broken windows" policing with the declines we observe.

It's also possible that many different social movements played a role — race riots, the Black Panthers' battles with police, antiwar and civil rights protests, and other upheavals of the late '60s and early '70s may have resulted in that initial spike in killings of police, which gradually subsided over the years. Meanwhile, new equipment and training helped cops adapt to the new equilibrium, making them progressively better protected against the attacks that did occur. Then, in the 1990s, crime began its steep decline, continuing to fuel a downward trend in attacks on police.

But this is all a just-so story. There's no good reason to believe it any more than any other data-free bit of speculation. I still suspect that some combination of technology/equipment, culture/trust, and crime/violence has to play a significant role in officer safety. But at this point, we can't explain much of it, at least on the national level.

So where does this leave us? Still in the dark, but hopefully with a bit more humility about the complexity of society's interactions with law enforcement.