Who Are the Syrian Refugees?

Their religion, age, gender, and more

This is the demographic information on all 2,234 Syrian refugees admitted to the United States from October 2010 through November 2015, according to the Refugee Processing Center.

Data on religion for all refugees is from the same source; some additional information comes from the American Community Survey. (For more on this topic, see "15 Common Arguments against Immigration, Addressed.")

Refugees from Syria are overwhelmingly young. 43 percent of all Syrian refugees are children under the age of 14. 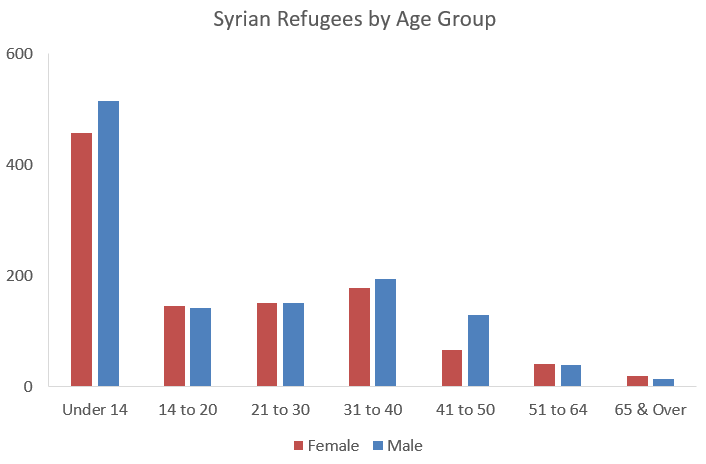 The gender ratios for Syrian refugees are more balanced. 53 percent are male, 47 percent are female. 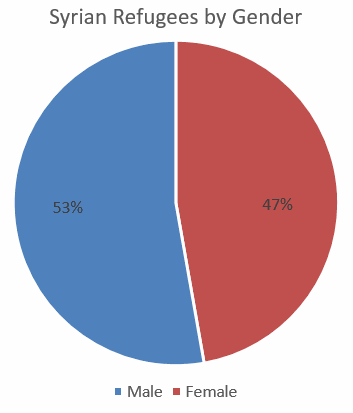 Males aged 14-30, the most potentially dangerous group, are 13 percent of all Syrian refugees. 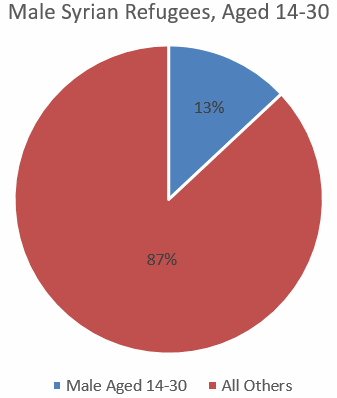 Data on religion was collected for all Syrian refugees admitted from fiscal year 2011 to today. 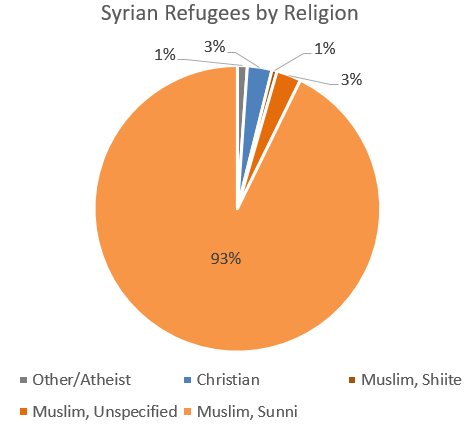 The Syrian refugee flow is much more Muslim than the global average. Of all refugees resettled in the United States, 44 percent are Christian, compared to less than 3 percent from Syria. 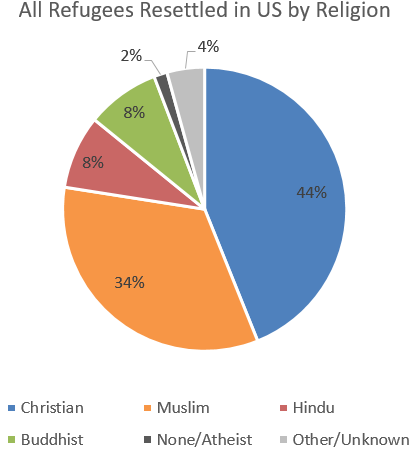 Note about worldwide religious data: I suspect there is some double counting.

The Syrian refugees are 87 percent Arab and 10 percent Kurdish, with small representations from other ethnic groups. 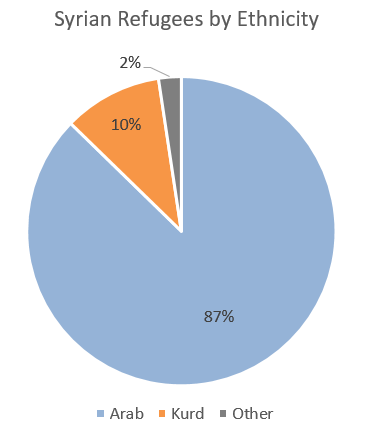 Since 43 percent of the Syrian refugees are under the age of 14, and 56 percent are under 20, Syrian refugees tend to be less educated. 9.4 percent have a technical, university, college, or graduate school level of education. Since the refugee flow skews young, this group should become more educated as they age. 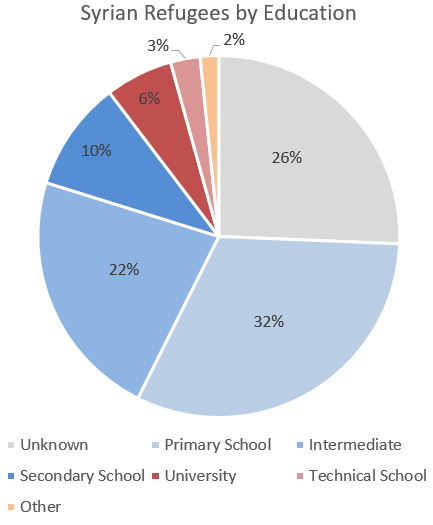 Adult Syrian Americans — over age 25 and born in Syria — are more educated than the current refugee flow. 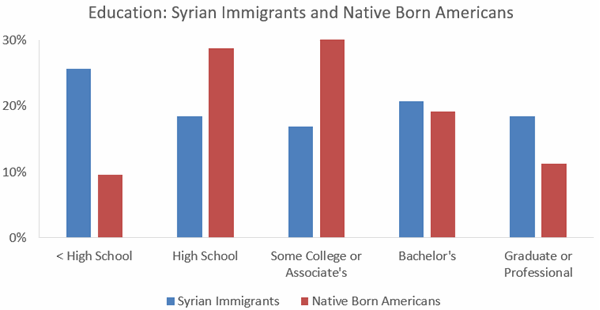 Syrians resettled in the United States are highly concentrated in a few states.

Six states (CA, TX, MI, IL, AZ, and PA) have together received more than half of Syrian refugees. 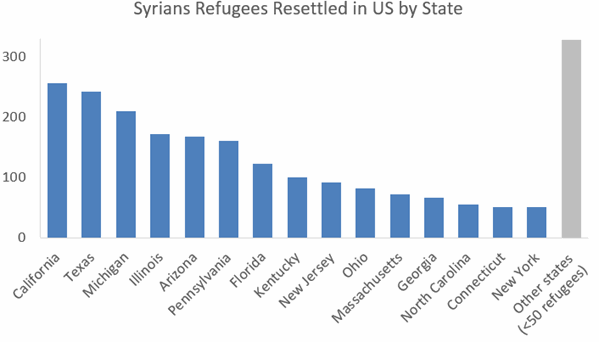