What Alexandria Ocasio-Cortez Could Learn from G.K. Chesterton

Once in power, democratic socialists cease to be democratic. 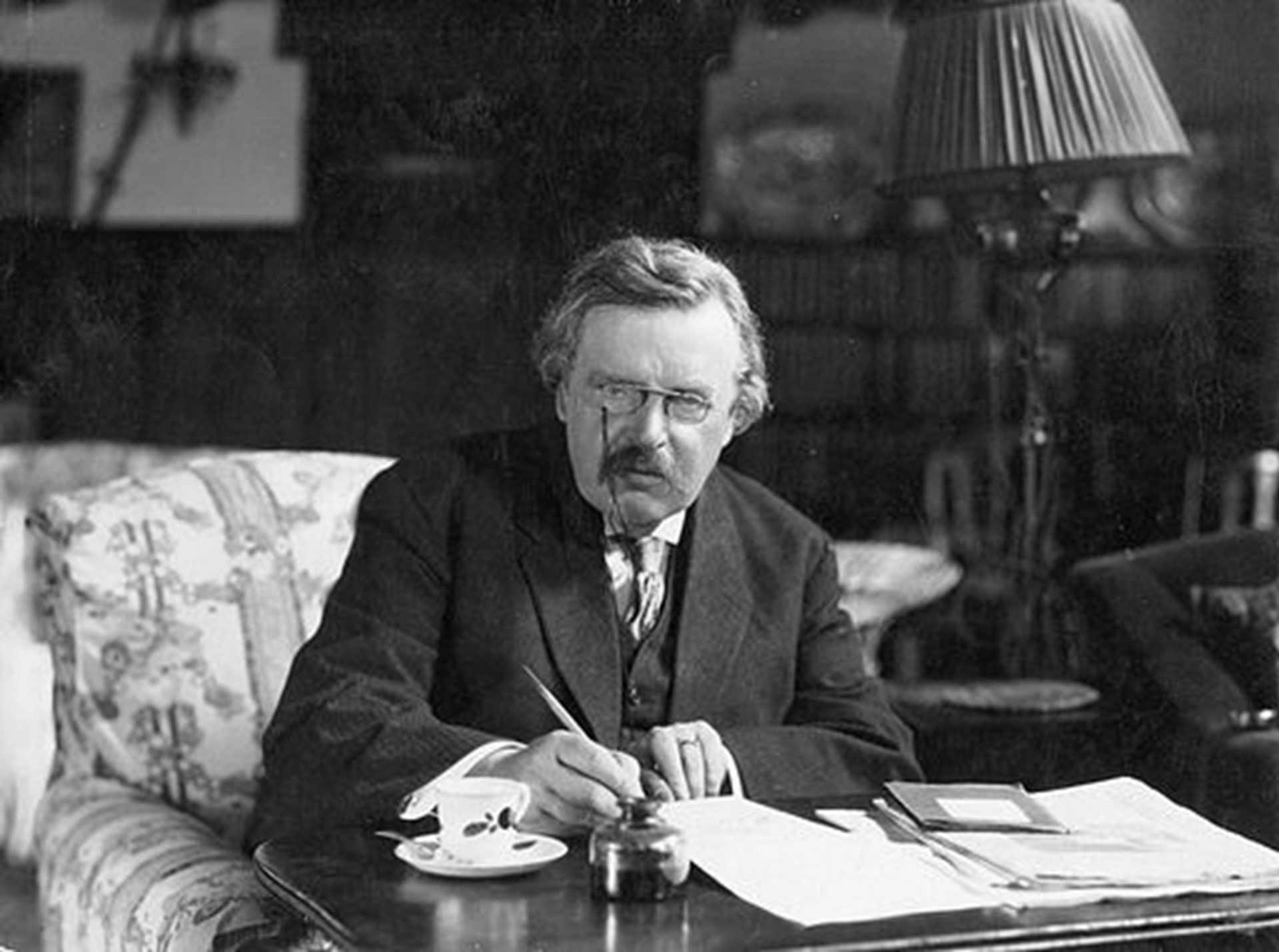 Image courtesy of Wikipedia. Photo in public domain in US.

G. K. Chesterton (1874-1936) and H. L. Mencken (1880-1956) were near contemporaries, but they were not kindred souls. One was an Englishman; the other an American. One was a Catholic Christian; the other a lifelong agnostic. One dubbed himself a distributist (as opposed to a capitalist or a socialist), while the other was an unabashed libertarian, who defended capitalism and abhorred socialism.

But when it came to a subject that is very much the rage today, thanks to individuals like Alexandria Ocasio-Cortez and Bernie Sanders, Chesterton and Mencken were essentially on the same page. That subject was Socialism, or rather, Democratic Socialism.

“Not so!” some say, while pointing to the governments of western Europe. “Not so,” I respond, while pointing out that members of the European Union are capitalist countries with large welfare state components. Of course, those components are slowly strangling these countries, but that’s a story for another day.

And then let’s take a look at what Mr. Chesterton and Mr. Mencken had to say about socialism at a time when the idea was just beginning to be all the rage. This was a time when the intellectual battle against socialism might have been more difficult to win, since its failures and tyrannies were yet to be revealed. Socialism as an idea is one thing; socialism as the subject of an autopsy is quite another.

That the idea of democratic socialism has today taken fire among some of those who claim to speak for the American worker is somewhat amazing, almost as amazing as the possible takeover of the Democratic party by democratic socialists. Given such a possibility, perhaps what Chesterton and Mencken had to say long ago bears recalling today.

Chesterton and Mencken on Socialism

Mencken had great fun at the expense of American politicians of all persuasions. But he had special fun and special disdain for socialists and socialism. For him, a socialist was someone with an “overwhelming compulsion to believe in that which was not true.”

But not to worry, wrote Mencken. American socialists had all “gone down the sewers” following World War I. Some had become chiropractors and others prohibitionists, while the rest had “gone in for Harding idealism, Texas oil stocks, or overnight cancer cures.”

But none of Mencken’s fun prevented him from making this serious point: “The urge to save humanity is almost always a false front for the urge to rule.” And “rule,” not govern, is the operative verb here.

Chesterton shared Mencken’s concerns about both urges. Yet unlike Mencken, Chesterton conceded that, as a young man, he had been attracted to socialism because of its popularity. To not be a socialist meant that one was a “sneering snob forever complaining about the behavior of the working class.” Or worse yet, it meant that one was a “horrible Darwinian forever thundering that the weak must go to the wall.”

So, yes, there was a time when Chesterton was a socialist, so long as he could believe that “socialism meant protecting the weak.” What Chesterton came to realize as a full-fledged adult was that socialists were mainly interested in power, “haughty, concentrated, over-reaching power.” They sought to rule, not govern.

Sometime after his rejection of socialism Chesterton attended a lecture given by an unnamed “lady socialist.” In it, she uttered this sentence: “We must take care of other people’s children as if they were our own.” For Chesterton, this was the “precise formula for everything that is wrong with the world.” He supposed that it was possible to pay people well to take care of other people’s children. But he also realized they would not necessarily do a good job. If nothing else, boredom would set in. But he also noted that there would always be “two people who would never be bored by the antics of a child.” That would be the child’s parents.

Chesterton's Observation on the Bolsheviks

Lastly, he noted that those undemocratic socialists, the Bolsheviks of Soviet Russia, had come to realize two things about the family: 1) that it was a real institution; and 2) that there was no substitute for it. This realization did not make Chesterton a convert to Bolshevism. He knew it was an evil force, but one that would likely collapse of its own accord because it ran counter to the human nature to own a plot of land and a home of one’s own.

But once that urge to save humanity takes over, the urge to rule takes charge.

Of course, the Bolsheviks were not democratic socialists. And of course Bernie Sanders is not a Bolshevik. But once that urge to save humanity takes over, the urge to rule takes charge.

Bernie is likely too old to perceive this insight. But what about AOC and her fellow millennials? After all, if a youthful G. K. Chesterton could think and re-evaluate his idea socialism, maybe they can do the same.

Dr. John C. “Chuck” Chalberg writes from Bloomington, Minnesota, and can be reached at [email protected]