Venezuela shows that socialism requires time to reduce a prosperous economy to misery and rule over its ruins. 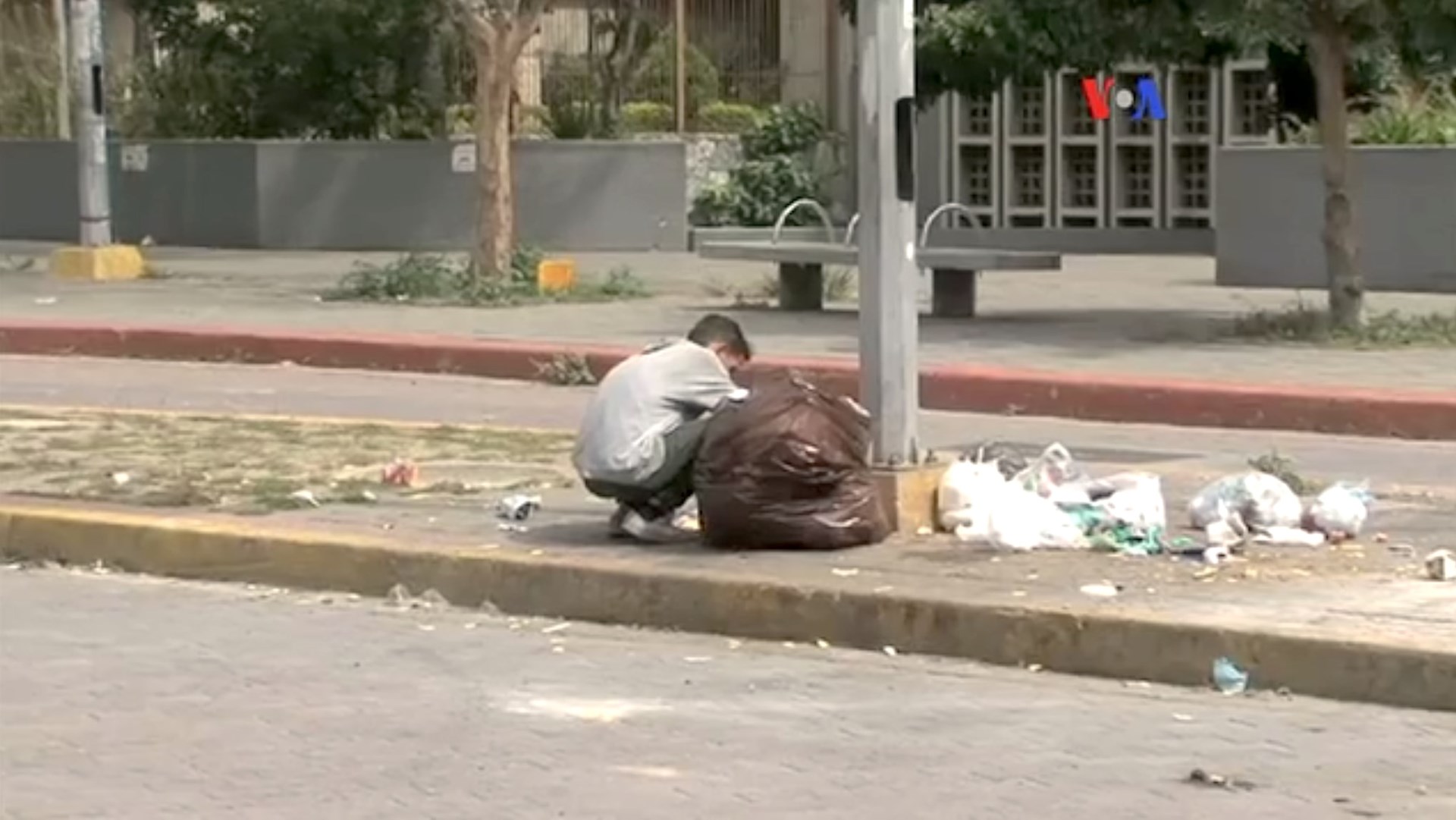 A Venezuelan opposition socialist affirming that our tragedy is not the result of applying a revolutionary, contemporary socialist program is invaluable to the leftist US press. Politicians and intellectuals are stifled by the Castroite intelligentsia of my country, and above them stands a supposedly moderate columnist at a flagship organization of leftist American news.

Francisco Toro, writing in the Washington Post, tries to whitewash socialism in the wake of the destruction of Venezuela. He sends a message to “true believers” of the cause, from violent, hooded fanatics behind Soviet flags to eternally-offended worshipers of the ultra-left Senator Sanders or the comparatively moderate followers of Hillary Clinton.

The Venezuelan tragedy shows how a socialist order that came to power in competitive elections can advance to totalitarianism.

The official chronicler of the destruction of Venezuela at the hands of socialism now pleases the journalistic and cultural elites by saying Venezuela is not the ideal context in which to examine the effects of socialism. These minor arguments between believers matter. He can make his case without pushback. It is what they want to hear. For the mainstream media, it all boils down to: “he is in Venezuela” and he is saying “it was not socialism” that caused this ongoing tragedy.

In the United States, more than in the rest of the world, the socialists— even radicals—flee from the pestilence and death of Chavismo that they happily applauded yesterday. And today, they hypocritically condemn it.

The Venezuelan tragedy shows how a revolutionary socialist order that came to power in competitive elections can, in appropriate conditions, advance to totalitarianism.

It demonstrates how it can transform democracy into dictatorship and plunge the economy into disarray. The threat of totalitarianism—and the material and moral misery that goes with it—lurks behind any democratic socialist regime, even in long-standing democracies with developed and prosperous economies.

Although arguments—and facts—are irrelevant to “true believers,” it is worthwhile to review the two that Toro limited himself to:

According to Toro, Venezuela is a unique and unrepeatable case. The cause of our ills, he insists, is not the ideology that inspired each and every one of the actions of those who govern here but the fact that they are “anti-intellectual, authoritarian, and criminal.” Any ideology, says Toro, would end in disaster with people like that. And people like that, he insinuates, are leading the United States today. It is not Sanders but Trump whom Toro wants the Americans to associate with Venezuelan socialism. It seems like a bad joke, but it is not.

Toro does not deny the widespread continental corruption of each and every one of the governments of the Sao Paulo Forum, nor does he deny the authoritarian tendencies of those governments. He dodges the current Nicaraguan tragedy by limiting himself to South America, and in doing so, he disassembles his own argument. Nicaragua’s socialist rulers are no less criminal nor less authoritarian than those of Venezuela.

What saved other Sao Paulo Forum countries from disaster when they had perfect counterparts to those who have destroyed Venezuela? Less irresponsibility in public finances, Toro suggests (the only answer in which he does not contradict himself).

Nearly two-thirds of the Venezuelan economy disappeared in the 20 years of Chavismo power.

He ignores the fact that if Chavez had done the same without causing hyperinflation, the outflows of millions of refugees fleeing from poverty in a country on the verge of famine would have occurred years earlier. Inflation prolongs an unsustainable public deficit over time. Hyperinflation is the inevitable outcome of insisting too long on the inflationary financing of the deficit.

Nearly two-thirds of the Venezuelan economy disappeared in the 20 years of Chavismo power. It was socialism: pillaging of the private economy as state policy. Venezuelan hyperinflation resulted from disguising that repression and its impoverishing effects with unsustainable populist spending.

The difference between Venezuela and the rest of the continent (I consider the definition of Toro’s socialist governments valid) would be that here we have suffered from more than half a century of uninterrupted socialist governments. Already in 1945, a group of military coup-backers arrived who believed in the state directing the economy and maintaining the monopoly of strategic companies. After that, no non-socialist presidents were democratically elected in either the 20th century or the 21st century.

Insist for decades on more socialism. Deny that the resulting unproductiveness and impoverishment are the product of socialism.

Of those who did serve as president, just one tried a very limited turn to market-friendly policies, and it lasted for just three years. Against him rose the arms, the pens, the platforms, the pulpits, and the checkbooks of the military, Marxist intellectuals, socialist politicians, the ranks of Marxist priests, and mercantilist businessmen. The determined return to customary socialism followed first. Then the jump into the void with the current radical socialism—and the misery.

Insist for decades on more and more socialism. Deny that the resulting unproductiveness and impoverishment are the product of socialism. Do not allow another political alternative to moderate socialism other than radical socialism. Insist on legitimizing envy and resentment as a dogma in academia, culture, and entertainment. Pursue and censor everything that is not socialism in a broad sense. Do not base politics on reason but on feelings, mainly resentments.

Regardless of the democratic development and prosperity of their society, sooner rather than later they will equal Venezuela in its misery. It is the lesson of the Venezuelan tragedy. Venezuela was among the most prosperous economies in the world. But over the course of five uninterrupted decades of socialist rulers who declared themselves democratically elected, this strong economy remained the reality from 1958 to 1988, doubtful from then on, and is a falsehood today.

Venezuela proves that democratic socialism can lead to socialist totalitarianism if it holds onto power for long enough—and that the terrible long-term economic results of socialism will only be corrected democratically by voters who doubt socialism. What socialism does in the short term to reduce poverty will cause more and worse poverty in the medium- and long-term.

It Must Be Stopped Before It Starts

What Toro tells us is that the virtue of the recent socialist wave in Latin America would be the reduction of relative poverty. But it’s only a matter of time. Venezuela has not happened in Bolivia because it did not happen in Venezuela between 1999 and 2014 but between 2015 and 2018. The only way to avoid socialist disaster is to abandon socialism in time.

Not falling depends on the division of powers rather than votes. On the rule of law more than on one of opinion.

Venezuela shows that socialism requires time to reduce a prosperous economy to misery and rule over its ruins. With enough time in power, it will be irreversible. In contrast, the United Kingdom and Sweden are good examples of how to emerge democratically, over time, from the danger of elected socialism. Perhaps it will also be demonstrated in the countries of Latin America that have recently rejected socialist rule.

The damage socialism can do and the time it requires do not depend on the “anti-intellectuals and criminals” being in charge. They depend on early institutional resistance to the worst of socialism.

Not falling depends on the division of powers rather than votes. On the rule of law more than on one of opinion. On limits to power. And, above all, on the fact that the institutions are supported by norms and customs, values and beliefs internalized by the overwhelming majority of the population. It is what failed in Venezuela—little by little—for a long time.

It can be repeated wherever they refuse to learn from Venezuela what most Venezuelans refused to learn from all the socialist regimes that reached totalitarianism—what some Venezuelans, like Toro, continue to refuse to see, even in the midst of this tragedy.

Guillermo Rodríguez is a Venezuelan researcher at the Juan de Maria Center of Political Economy and a professor of political economy at the Institute of Managerial Professions in Caracas.