If freedom of association is a right, then unions are in the wrong and pushing further in the wrong direction.

Photo by sol on Unsplash

Unions have long justified themselves as exemplars of the right of freedom of association. Brenda Smith of the American Federation of Teachers said:

Exclusivity for a union with majority support…is democracy…It allows them to amplify their voice through collective action under our constitutionally protected right to freedom of association.

However, unions deprive many of their freedom of association. As the Supreme Court found in Janus, unions inflict a “significant impingement on associational freedoms that would not be tolerated in other contexts.”

This glaring inconsistency is highlighted by the Protecting the Right to Organize (PRO) Act that Democrats have recently introduced and are expected to pass in the House. It is, as Eric Boehm described it, a “veritable grab bag of policies that labor unions have been pushing Congress to pass for years.” And that grab bag would further advantage unions at the expense of others’ freedom of association.

It would require employers to provide private employee information (including cell phone numbers, email addresses, and work schedules) to union organizers, violating the associational rights of those who don’t want to join or be approached by unions. It would allow unions to initiate snap elections in non-union workplaces more rapidly, limiting opponents’ ability to present opposing positions. And it would codify “card check” elections, eliminating the protections against coercion provided by a secret ballot.

Freedom of association is applied only as a special privilege for unions and denied to others.

Such violations of others’ freedoms of association in the name of union rights highlight the need to recognize that cognitive dissonance.

Union “rights” delete workers’ freedom to associate with a different union, to choose alternative forms of group representation, such as voluntary unions, and to represent themselves in negotiations with employers. They delete workers’ freedom to associate with non-union employers or to resolve workplace issues directly with employers, forcing arrangements exclusively through unions.

They delete employers’ freedom to not associate with unions or to solely employ workers who have no union involvement. In heavily unionized industries, they undermine consumers’ freedom to associate with lower cost, non-union producers and force taxpayers to face higher cost government services as a result of government employee unions. In each of these ways, freedom of association is applied only as a special privilege for unions and denied to others.

Further, it must be recognized that unions violate the most basic freedom of association of many current union members. Many have never been given the right to vote on unionization, and those who might try are often knee-capped.

As James Sherk has documented, not a single current worker in many unions ever voted to select that union, and vanishingly few current workers voted for them in other instances. That destroys any claim that the union advances their current workers’ freedom of association.

Labor law requires only a majority of those who voted (not a majority of the workers) in a single certification election to allow unions to impose exclusive union representation on all workers. Unions have managed to hamstring both options, revealing that workers’ freedom of association was an intended victim, not their intended motive.No further elections need ever be held. So new workers need never be given a vote on the union, and anyone who changes their mind need never be given a new chance.

That means that in workplaces unionized long ago, virtually no one who now works there voted to certify the union. Which current workers voted for UAW unionization of GM’s Michigan plants in 1937? Which current government union workers voted to certify their unions in the 1960s and 70s? Current union members have therefore often had no effective input on who represents them. They have been denied the only freedom of association plausibly consistent with unions’ freedom of association claims.

Union members can try to change their union representatives in internal elections if they are unhappy with the current leadership. But even if they successfully oust their leadership, since the local is subordinate to the national union, the national one can neutralize it by putting the local one under its trusteeship and leadership. So even when unhappy workers “win,” they can lose.

Unions never offer regularly occurring union certification elections, either, despite being supported by more than four out of five union households. And when such elections have been forced on them, as when Wisconsin required government unions to face re-certification elections, union members often said “no.” Many unions did not even file for re-election, revealing how badly they had served members. In other cases, membership fell dramatically, or dues had to be cut to hold onto those who would otherwise defect.

Decertification is also strewn with restrictions. It requires signatures from 30 percent of all employees in a unit (versus 50 percent of votes cast for certification, which can be a far lower hurdle), within a one-month time frame that is only open once every three years, and those signatures cannot be gathered while employees are being paid or in work areas. Further, union members who support decertification are commonly expelled from the union (but not relieved of paying for their “representation services”), giving them still less freedom of association. Such restrictions make decertification a faulty escape valve for poorly represented workers. 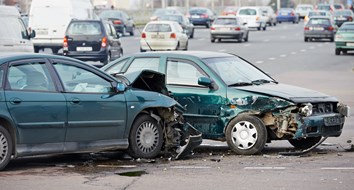